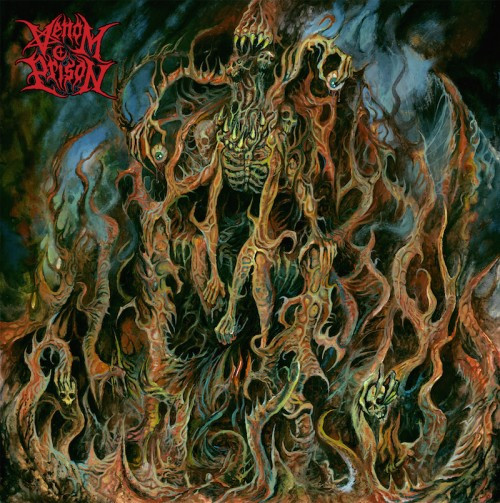 For the second day in a row, we bring you a premiere that’s preceded by a striking piece of cover art, which again tests my completely irrational hypothesis that cool cover art usually means cool music. This cover was created by Raul Gonzalez (Morbus Chron, Skinfather, Master), and in this case the music is a new four-song EP by a band from South Wales in the UK named Venom Prison. The name of the EP is The Primal Chaos, and my completely irrational hypothesis has been validated once again — because Venom Prison’s music is really damned cool, too.

The EP’s title track will stagger you in your tracks right from the beginning. The massive, groaning riffs and potent drum strikes hit with tremendous power, as if designed to soften you up for all the ferocious, grinding death metal savagery to come. But Venom Prison don’t just deliver morbid, early ’90s death metal, they also mix in elements of hardcore. 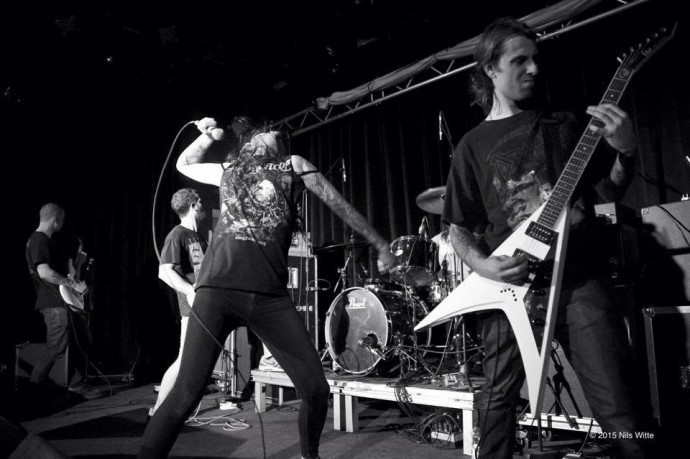 And so before the song is over you get a massive breakdown that’s slow, dismal, and so calamitous that you’ll feel it all the way down your spine (it may crack your flooring, too). And you also get the kind of caustic, hair-raising howls from vocalist Larissa that sound like she ruptured her aorta during the recording and was spraying blood all over the mic. 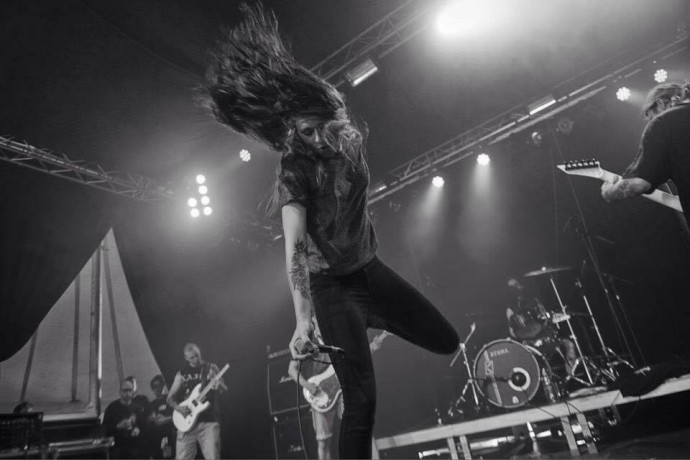 The production of the music gives it a sound that’s as sharp as a knife edge, but it’s also so heavy that it’s crippling. The whirring tremolo chords and grim melody create a thoroughly sinister atmosphere, while the booming grooves are simply crushing.

So prepare to judge for yourselves — listen to the song and decide whether the music is as killer as the cover art. I think it’s an easy call.

The Primal Chaos will be released this autumn by Soaked In Torment, on blood red seven-inch vinyl, presented in a gatefold sleeve and limited to 300 copies; all copies will come with a digital download. Pre-orders are now live, along with exclusive shirt bundles, at the Soaked In Torment store, linked below.

One other track from the EP, “Babylon The Whore”, was released for streaming in July, and I’m including that one below, too — because it also kills.