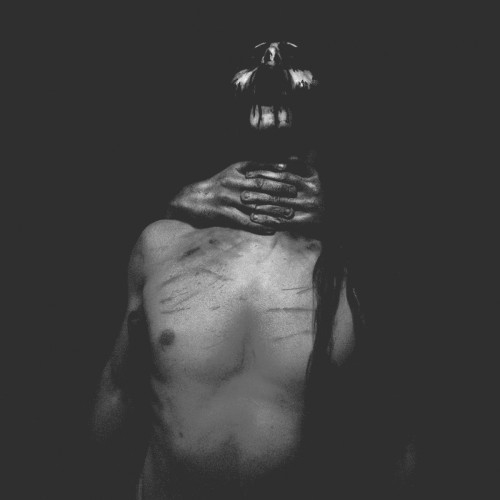 Every so often a band you like makes an unexpected shift in sound, transforming that “like” into outright “love”. And that’s precisely what Advent Sorrow have done with their new album, As All Light Leaves Her, shedding the symphonic grandeur that permeated their debut EP in favour of an all-round darker and more desperate form of borderline DSBM-style sonic despair.

It’s not a complete paradigm shift, of course, as this extra layer of grim(e) was already apparent on Like a Moth to a Flame, the stand-alone single they released last year. But As All Light Leaves Her takes things a step further into the murk and mire, resulting in an album of bleak, harrowing melody and torturous metallic agony that errs closer to the sound of Infestus or early Shining than it does the more dramatic Dimmu Borgir-isms with which the band first made their name. 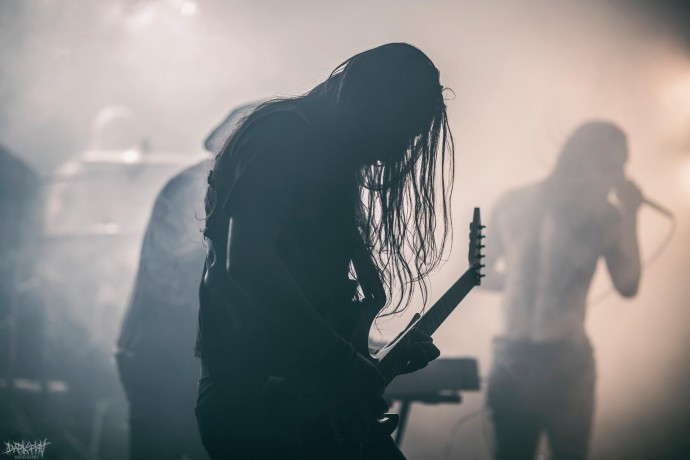 That’s not to say that the band have completely stripped their sound of any keyboard or piano presence, it’s just that it now takes on much more of a supporting role. Whether it’s the shimmering ivory work that signals a transition into more solemn, reflective waters part-way through “While Bones Are Broken”, or the subtle string-laden ambience that suffuses the creepy “Shining Hollow” with such grisly glamour, these embellishments now add more in their restraint than a thousand layers of faux orchestration ever could.

Indeed, by stripping back their sound to its primal essence the band now simply feel more real, more vital, more truly alive, than ever before. There’s a palpable sense of rage and anguish that bleeds through in every ugly, bile-smeared riff or blackened, blood-spattered drumbeat, accentuated by a more raw and filthy production that grants the drums a suitably cavernous and booming sound and gives the guitars and bass more than adequate room to writhe in their own distorted dissonance.

Perhaps the greatest beneficiary of this newly (un)refined approach are the vocals of frontman Rhys King though. Powerful and spiteful enough on their early releases, the shift in overall sound and style of As All Light Leaves Her truly allows him the chance to really cut loose. His howling, strangulated screams and churning, choking growls seem to usher forth from his throat without mercy or restraint, positively reeking of pain and anguish, in a performance of sheer, uncompromising extremity and bloody catharsis.

To really understand the album though, you have to look at how it begins – and how it ends.

The aptly named “Hopeless” introduces As All Light Leaves Her with a sombre processional of shadowy piano, over which replays a truly haunting rendition of Dylan Thomas’ “Do Not Go Gentle Into That Good Night”. It’s one of the most impressive scene-setting introductions that I’ve heard this year, and truly captures the mix of rage and suffering which drives the album, priming the way for the convulsive suicide-grooves of “With Storming Death”.

It closes with the cold, melodic menace of “Absolute Perpetual Death”, whose desolate beauty is matched only by the ghastly and ghoulish undercurrent of pure, unflinching misery conjured by its buzzing, blinding riffs and abrasive, glass-chewing vocals.

As All Light Leaves Her truly is a nasty piece of work, make no mistake, and I doubt even established fans of the band will be prepared for just how gloriously ugly and unrepentantly savage it is. It’s the sound of a band remorselessly pushing themselves well outside their comfort zone to create something simultaneously compelling and repellent in all its morbid majesty and rancorous emotion.

And I wouldn’t have it any other way.

20 Responses to “ADVENT SORROW: “AS ALL LIGHT LEAVES HER””