The remarkable one-man Greek band Spectral Lore has recorded a new EP named Gnosis that will be mastered by Colin Marston (Krallice, Gorguts) and released around November by the tasteful I, Voidhanger label.

Though Spectral Lore calls Gnosis an EP, it will be close to 40 minutes in length. It is the second of at least three EPs that Spectral Lore has planned for 2015, the first one being Voyager, which was released in May (and there may be a fourth before the year draws to a close). 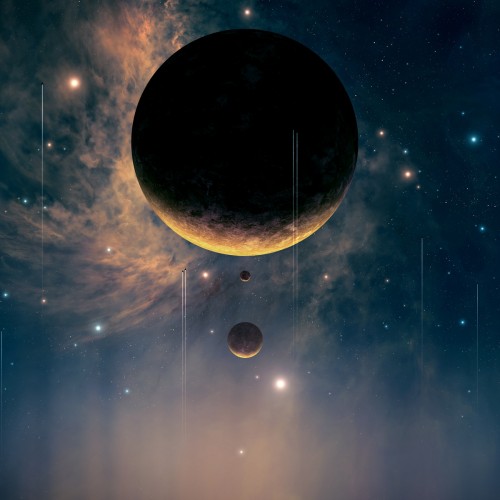 Each of the EPs in this series focuses on a particular style of music and could be thought of as more experimental than Spectral Lore’s “regular”, more metal releases — though in truth, there’s never been anything “regular” about the work of this band. Voyager was devoted to an electronic/ambient style of music as a tribute to space exploration and science fiction, and we understand that the third one will be an acoustic/orchestral album.

Today we’re giving you a sign of what Gnosis holds in store through our premiere of a pre-mastered version of a song from the EP named “Gnosis’ Journey Through The Ages“.

Spectral Lore describes the music on Gnosis as slow, psychedelic black metal, with influences in the melodies from Eastern traditional music (Greek, Armenian, and Arabic, to name a few). It is further described as mostly instrumental music, with some vocals, although of a more experimental kind.

“Gnosis’ Journey Through the Ages” establishes a dominant musical motif right from the beginning, with the lead guitar tracing the melody against a backdrop of grinding, abrasive riffs and the intricate interplay of drum and bass. I’m no expert in the traditional music of Greece or Armenia, but to my uneducated ear the sombre, lost bereft melody sounds like it is likely in the style of one of those regions.

As the long song unfurls like a flag, Spectral Lore works variations into the melodic tapestry, adding texture and building the song’s emotional intensity through a series of riveting guitar leads and solos and the introduction of heavy, jagged riffing. Eventually, the song comes to roar like a storm, with drum beats that boom like thunder, cymbals that crash like lightning, and riffs that howl like a gale.

By the song’s end, that almost-tragic central melody has insinuated itself firmly into the memory, while the building energy of the music as a whole has activated the adrenaline pump. Great stuff, which I hope you’ll enjoy as much as I have.

Spectral Lore’s Bandcamp page is HERE, and below is a link to the Voyager page, as well as a stream of that EP, which you should certainly check out if you haven’t — it is of course very different from the song we’re premiering and from much of Spectral Lore’s other releases, but it will send your imagination off into unexplored territory (and it’s often quite beautiful — and sometimes perilous, strange, and even playful — in addition to vividly capturing the imagined sensation of sailing the star lanes by the light of countless galaxies).