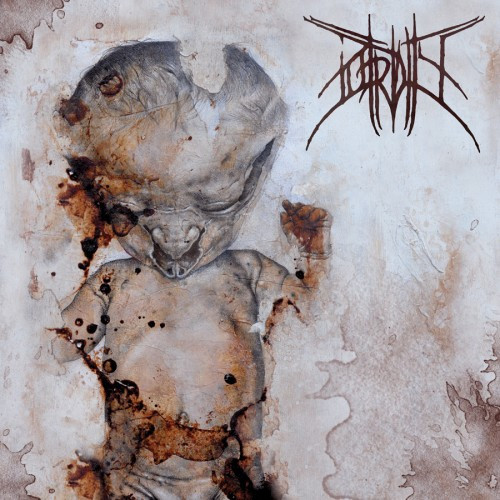 (Our good friend from the Dominican Republic, Vonlughlio, returns to NCS with this guest review of the new album by the Italian band Putridity.)

To the readers who have seen my top year-end lists, it would be safe to say that one of my favorite genres in metal is Brutal Death Metal. Some of my favorite bands in this genre are: Gorgasm, Cerebral Effusion, Seminal Embalmment, Cenotaph (Turkey), Defeated Sanity, and Putridity.

The band Putridity is from Italy and was formed in 2005 from the ashes of Obscene Perversion and in 2007 they released their debut album Mental Prolapse Induces Necrophilism. But I found out about this band in 2012, a year later after the release of their second album (shame on me I guess) and purchased it along with their debut album. I have to say that I was blown away by this band’s performance in both of those releases. Great riffs with superb drumming and killer vocals.

Now flash forward to early 2015. When the band announced their new album Ignominious Atonement I was at work, but somehow a “fuck yeah” escaped my mouth. Since it was released via Willowtip I have lost count of how many times I have listened to it. My first impression is how much the people who recorded that album — Davide “BrutalDave” Billia (Drums), Paolo Chiti (Vocals), Andrea “Ciccio” Aimone (Guitars), Paolo “Panino” (Guitars), and Alessandro Cravero (Bass) — have grown as musicians, with such strong performances. They just flat-out released one of the best BDM albums of 2015.

Now, one aspect I like about any particular band is the ability to make small changes in their song structures and yet maintain their signature sound, and that is very evident in this release. I started listening from their first release up to this new one, and can say that although Ignominious Atonement is somewhat different than its predecessors in production and the structure of the songs, it is by far Putridity’s best work yet

The guitar work is just fantastic, with riffs that simply keep you engaged and are just filthy. The main composer Andrea “Ciccio” knew what he wanted for this release, and with Paolo P. as a second guitarist, the execution is flawless. The bass tone in the album is also perfect, as you can hear it clearly and sense how it creeps up in some parts of the album. Alessandro is one great musician and he did a great job on this new album.

As for Mr. Billia’s drums, well, let’s just say that there is a reason they call him “the Machine”; he delivers a superb performance on this release, and in parts of the songs he tries different things that add to the depth and impact of the music. Shit, he is just one of my favorite drummers anywhere.

On vocals, Mr. Chiti is one of the best around in this genre. His gutturals have to be among the most vicious you could find, and the vocal patterns he chose in this album work out very well.

Overall, this is one great album that is a must for any BDM fan. Even if this is not one of your favorite genres, I strongly encourage you to give this a chance, because it really is simply the best of the best. Cazzo.

Ignominious Atonement was recently released by Willowtip Records and is available to order at the first link below, on CD and digitally, along with related merch. The wonderful cover art was hand-made by Valentina Bardazzi.