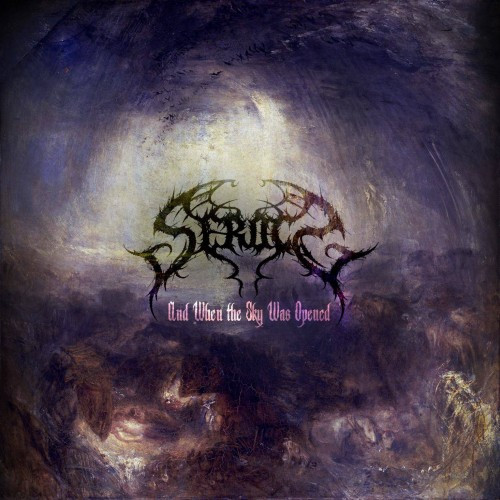 (Austin Weber introduces our premiere of a song from the new album by the multinational band Serocs.)

Ever since Serocs released their sophomore record, The Next, in 2013, I’ve been on pins and needles waiting for the follow-up that the band has long been teasing. While it would seem some shifting line-up issues from a vocalist standpoint were a large part of this delay, their new record, And When The Sky Was Opened, is finally going to drop before year-end through Comatose Music. I’ve been informed that the release date and pre-release info should be coming shortly in the days following today’s premiere of “Itami”. It’s a fantastic track that should pique your interest in this quite talented multinational act if by some chance you missed the boat on The Next or their previous works.

In the course of the wait for this record, the band made it clear that this would be a big step up for them, with a special emphasis on diversifying and growing their technical deathgrind sound while expanding the scope of their songwriting into bolder territory. While such statements didn’t make me think the Serocs I had grown to love would be no more, I was curious as to how big a shift in their sound And When The Sky Was Opened would be. Well, the proof is indeed in the pudding, and “Itami” is a damn fine introduction to what will surely be a standout record of 2015.

The word “itami” itself is a Japanese term for pain, and the band tell me the lyrics are based on the death poems that samurai would write before killing themselves. All in all, a fitting match for the maddening chaos on display right from the start of “Itami”.

The band’s blend of ideas often makes me think of Cryptopsy mixed with Dying Fetus, and while the core of their sound has not changed, it’s definitely expanded outward exponentially in terms of the complexity of their songwriting, as evidenced on “Itami”. It’s more of everything the band do so well: frenetic, warped riffs that fly at you recklessly one after the other in racing fashion; a plethora of horrific swamp-monster utterances, spit out at maximum velocity; brilliant (as always) bass playing that’s slightly higher in the mix here as compared to the last album; and, as usual, an absolutely monstrous and annihilating drum performance that will warm the soul of anyone who adores hyperactive blasting.

And When The Sky Was Opened can’t come soon enough. Believe the hype. Check “Itami” below and find out for yourself.