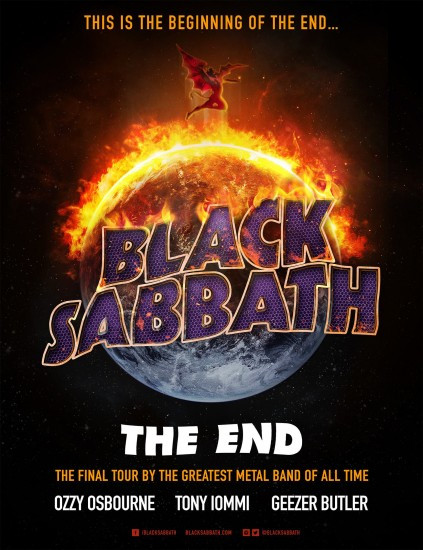 I’m interrupting the work I’m supposed to be doing for my fucking day job because this seemed like important news:  Black Sabbath have announced that their farewell North American tour, The End, will begin in January in Omaha and end in February at New York City’s Madison Square Garden. The band will do a leg in Australia and New Zealand in April and will be announcing more shows next month.

The lineup will consist of Ozzy Osbourne, Tony Iommi, and Geezer Butler — but not drummer Bill Ward, of course. Here’s the schedule announced today: