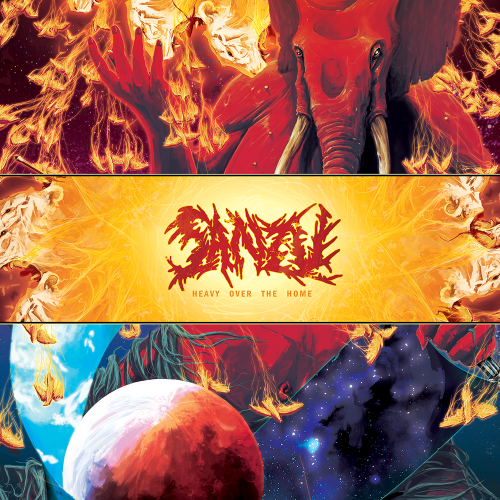 (Andy Synn introduces our premiere of a new song and video from Australia’s Sanzu.)

If you’ve been paying even the slightest amount of attention to our site in recent months, you’ll no doubt be aware that Painless, the debut EP by Australian mechanoids Sanzu, is easily one of my favourite releases that I’ve heard this year. So much so in fact that not only did I immediately order myself a copy of the CD (that’s right… a real, physical copy!), I also plonked down some cash for a pre-order of the band’s at-that-point-untitled debut album.

So it probably won’t surprise you to hear that I’m extremely excited that NCS is able to bring you the debut song, and video, from that very same album, the enigmatically titled Heavy Over The Home.

The song in question – “Those Who Sleep In The East” – is a stunningly heavy piece of relentless sonic intensity… all rumbling, piston-powered guitar work, scorching, blowtorch vocals, and explosive, artillery-fire drumming, designed to simultaneously mesmerise and pulverise the audience over the course of almost six minutes of weapons-grade metallic firepower. 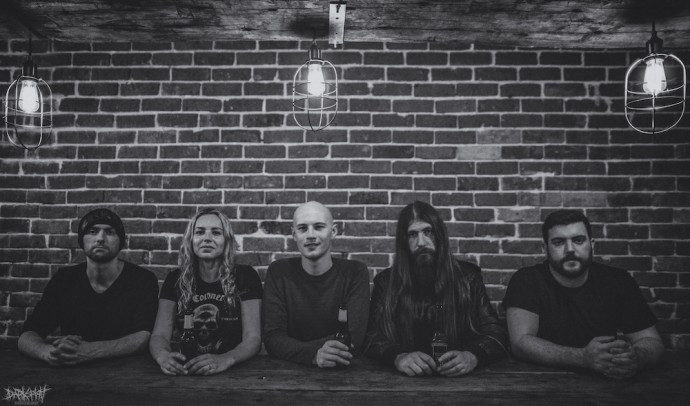 Though the band’s trademark post-Gojira grooves are certainly still present, the Death Metal dial has been turned all the way up on this one, with a hefty helping of lurching, Immolation-style slo-mo devastation and monstrous, irradiated hooks adding to the group’s already formidable arsenal.

If I wasn’t already, I’m now even more anxious to hear what Sanzu are going to deliver this December, because I expect it to absolutely crush.

Vocalist Zachary had this to say about the song:

With Heavy Over the Home being a full release, there was a lot more room to move creatively. The songs tend to swing within a wider spectrum. “Those Who Sleep In The East” represents one side of that field, being the locked-in, full-force death metal edge. The video is made up of a collection of live shows that we filmed ourselves, and during the editing process I tried to focus on the exhaustion, discomfort, and physical pain of performing.

“Aside from Mix & Mastering by our good friend George Lever at G1 Productions, SANZU is a real do-it-yourself group — tracking, artwork, management, videos etc., we love the learning and growing processes in all crafts. We’re really hoping people dig the track, and can’t wait to show something from the other side of the coin.”

Heavy Over the Home will be released in December and can be pre-ordered here:

2 Responses to “AN NCS VIDEO PREMIERE: SANZU — “THOSE WHO SLEEP IN THE EAST””