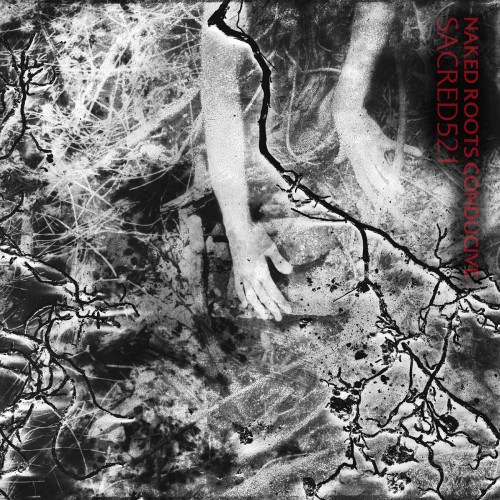 (Austin Weber takes us far off our usual beaten paths with this review of an unusual album by a violin-and-cello duo who call themselves Naked Roots Conducive — with a full-album stream.)

I think one of the most wonderful things about avant-garde and experimental music is how it seems to transport you to a very strange yet intense place where you may have to adapt in order to fully appreciate it. Such is the case with the New York City-based duo called Naked Roots Conducive. The two members are Natalia Steinbach  who plays violin and sings, and Valerie Kuehne, who plays cello and and sings as well. The range and scope of the music on their new album Sacred521 is impressive, and I’d say additionally impressive because no other instruments beyond violin, cello, and their two voices appear on the album.

Records such as Sacred521 are difficult to describe, since there aren’t many other people doing anything similar, and the musical lines they straddle coalesce into a sound that doesn’t fit into any established musical style. Naked Roots Conducive craft exquisite and intricate songs that are part classical music, and part nightmarish film score instrumentation, accompanied by heavenly singing courtesy of each member. The end result is not wholly classical music, nor simple singer-songwriter-oriented stuff either. It’s very sweeping and dramatic music, constantly traversing, back and forth, a divide between sour and sublime sounds. 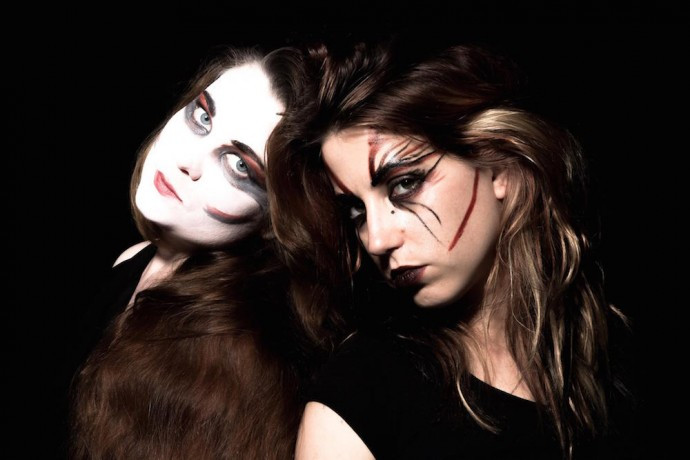 Likewise, the lack of guitars, bass, and drums prevents Sacred521 from fitting in with rock music and most other genres as well. To me, the record sounds like very dark classical music draped in ethereal yet powerful singing — but the vocal patterns and lyrics have a certain rock/metal gravitas to them that adds a lot of intensity to each and every song on Sacred521.

In spite of how different their music is, Naked Roots Conducive do an excellent job easing you into the album with opener “Madness/Sadness”, which is probably the most conventionally structured and easiest song to follow on the record. It’s a somber beginning to an emotionally deep album, and the dense violin and cello interplay between Natalia and Valerie waxes and wanes, back and forth, a sort of rhythmic metaphor for the song’s title and dual-natured lyrics.

From there, “In The Cellar” takes you on a daring operatic journey that ends with a very interesting instrumental passage. The rabid back-and-forth tension on the following track, “Happy Father’s Day In The Name Of Science”, gives the song a certain schizophrenic quality, especially in the shrill middle segment of the song. The band really reach a classical-sounding peak with “Nameless Story”, which is also one of my favorite songs on the record.

They then take a more minimalist approach on the interestingly titled “Eating Dirt”, which ends in a high-pitched, squealing squalor. After that the dense musical web of dueling violin and cello playing on “WIBN” comes across as quite striking and theatrical, and like many of their songs, the intertwined gorgeous singing by both members then takes it to an even higher level. Toward the end of the record there seem to be more frequent collisions between dark and light passages, such as on “Happy Things”, which makes for a very fucking eerie and velvety-soft piece of music all at once.

With “Demon no. 1” and “Demon no. 2”, the album ends with the most avant-garde and experimental music on the record. This is the stuff of horror movies, spine-tingling and fierce, yet like much of their music, bookended by absolutely gorgeous moments. I love both tracks immensely, and I want to give a special shout-out to the lyrics on both songs, especially the defiant and boldly sung declaration of “Shut the fuck up” that rings out in the beginning of “Demon no. 2”. It’s atypical to hear those words expressed in such a richly sung manner. Also I just find it plain amusing!

Naked Roots Conducive have not only created a very interesting record with Sacred521, they’ve successfully crafted an imaginative and unique sound all their own, which is a much rarer thing than simply putting out a good record. Fans of classical music should love Sacred521, and people who enjoy music that is very experimental will also find a lot to enjoy here. Sacred521 is definitely one of the most unconventional records I’ve heard all year, and I find it utterly mesmerizing.