Perihelion are a Hungarian band who signed with Apathia Records in June for the release of their second album, Zeng. The album features cover art by the talented Costin Chioreanu (Twilight13 Media). Yesterday, Apathia and the band released a music video for a track from Zeng named “Égrengető”. The lyrics of the song are in Hungarian, as is true for the whole album. It’s an exception to our “rule”, because the singing is all clean — but the vocals are quite good, and both the song and the video that presents it are entrancing.

I saw one comment about “Égrengető” that compared it to an Alcest song with a metal climax, and there’s some truth to that. The bass and drum performance at the beginning of the song has plenty of heft (and it’s quite catchy), and the ethereal guitar melody that shimmers and echoes above it is mesmerizing. In time, the music builds in intensity, with the drums blasting, the guitars racing, and the vocalist extending his range up into the stratosphere.  The video makes for a great eye-catching companion to the music, too.

Zeng will be released by Apathia on October 19, and the album and related merch can be pre-ordered here. 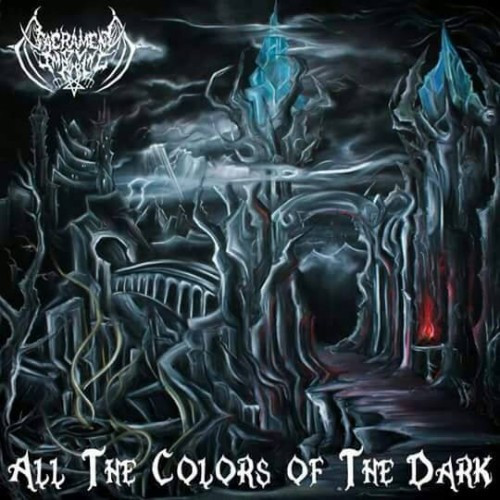 Sacrament ov Impurity are a long-running black metal band from Mount Vernon, Washington, north of Seattle, whose live shows I’ve had the pleasure of seeing on multiple occasions. The band’s third album, All the Colors of the Dark, will be released later this year, and yesterday Crown of Vicerys premiered one of the new songs, a savage piece named “The Black Queen Kills Seven Times”.

Don’t be misled by the light keyboard beginning of the song, because it soon begins to burn like a fire in a munitions factory, with belts of machine-gun rounds going off non-stop. The raging riffs and poisonous vocal tirade subside long enough for the lead guitarist to open up a toxic gas canister and fog the atmosphere with slow-moving doom — but there’s also a sorrowful, vibrating melody that surfaces in that noxious wasteland and it’s gripping as hell — it gives this song a lot of staying power.

For information about how to pre-order the new album on limited-edition CD or cassette, visit the Facebook link below. 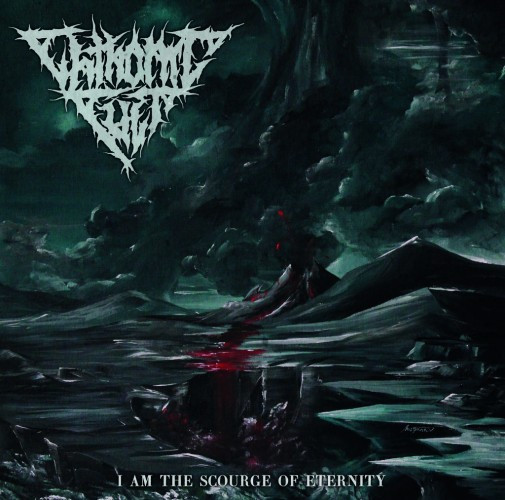 Yesterday I spotted a new song that Germany’s Iron Bonehead label posted on their Soundcloud site. The track’s name is “As the Void Beckons” and it’s from a forthcoming album entitled I Am the Scourge of Eternity by a band named Chthonic Cult. I’ve looked, and have been unable to find any information about where the band is from or who is in it, and I am only guessing that the album title is not a reference to Donald Trump. So we’ll just have to turn straight to the music.

It’s a 13-minute track, and so it changes. At first it’s a massive death metal bulldozer, pairing sulfurous, heaving, titanic riffs with a rapid-fire drum attack and foul vocal harshness. As cold, predatory, and gut-rumbling as those shivering riffs are, they’re powerfully infectious as well as convincingly dire and dismal in the atmosphere they create.

There’s a break in the middle of the song — not a break in the music’s festering atmosphere, but in the riffs, as they start to alternately jab and swarm. And then the band open up a sinkhole beneath your feet and draw you slowly down into something like a burial ground for plague victims. The music proceeds at a ghastly crawl, with eerie guitar dissonance floating around the abyss.

The band don’t quite complete the task of suffocating the listeners, because they’ve got one final sonic tank attack waiting for you in the final minutes.  Awesome song.

CD and tape are projected for release in November, with vinyl to follow early next year.

UPDATE: I’ve discovered that the band have a Facebook page, which I’ve added below, and it indicates that the three members are from Wrocław, Poland, and Berlin, Germany. 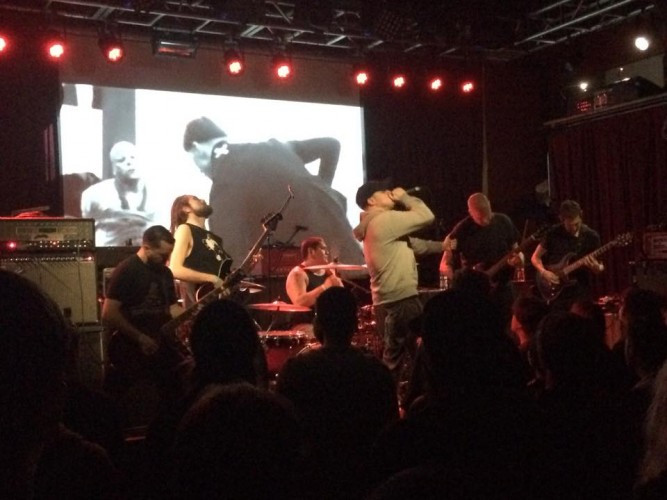 Seattle’s Bréag Naofa came together in 2010 — the band’s name is pronounced Bray-G Nay-Fuh, and it’s an old Irish Gaelic phrase that means “holy lie”. The band haven’t been prolific, releasing only one album (self-titled, in 2012) and two splits (in 2013 and 2014). They don’t play frequently either, yet I have still managed to miss out on their Seattle shows when they’ve happened — until two nights ago.

On the evening before Labor Day, they opened a show at Seattle’s Neumos with a line-up that also included Subrosa, Minsk, and Cult of Luna. The whole night was wonderful. I had never seen any of the bands live before, but for me Bréag Naofa was the biggest revelation.

The word that occurred to me as I listened to the two long songs they played was “obliterating” — and not just because the music was so often crushingly heavy. The bereft melodies — moving like glimmering waves across the band’s three guitarists — were also emotionally powerful. Long after the set ended, my head was still ringing with them (just as my knees were still wobbling from the bruising might of the rhythm section, as channeled through Neumos’ potent sound system). First thing I did after getting home was crank up the songs “VI” and “VII” on Bandcamp.

So, in gratitude for that performance, and as an introduction to those who may be newcomers to this band’s blend of sludgy heft and post-metal clarion calls, I’ve included their music streams below. Do check them out.