In the hallowed halls of Tech-Death, some names resonate louder than others. Names like Necrophagist… Spawn of Possession… Obscura… Beyond Creation… these are the modern masters and living legends towards whom so many budding fretboard fanatics pay tribute.

This is far from a comprehensive list of course (“no Arsis/Anata???”, I hear you cry), not least because it omits the name of Gallic string-slingers Gorod, who have returned once more to try to claim their own place amongst the pantheon of the immortals with their latest album, A Maze of Recycled Creeds.

To be fair to them, the French fivesome have been teetering on the edge of greatness for almost as long as I can remember, and there’s more than a few folks out there who’d insist (with good cause) that the band belong firmly on the list with all the Tech-Death demigods whom I’ve mentioned above, but it remains to be seen whether or not A Maze of Recycled Creeds is going to be the album to finally garner the band a permanent place in the upper echelons. 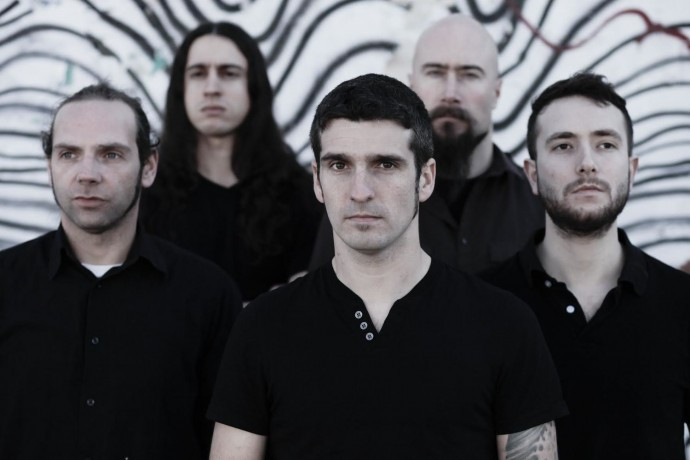 Now, personally, I wasn’t quite as in love with A Perfect Absolution as I was with Gorod’s previous albums (though I know a number of people who consider it their absolute favourite of all the band’s releases). I still really liked it, of course, but it seemed to my ears that they’d focussed a little more on the “groovier” aspects of their sound, at the expense of some of the more weird and wonderful elements which had always attracted me to the band.

Now, whether you agree with that assessment or not (and it’s not like A Perfect Absolution was a bad album – or, indeed, entirely bereft of the band’s characteristically exotic and inventive metallic moments), you’ll still probably be pleased to hear that A Maze of Recycled Creeds is right up there with the best the band have produced… and that it brings that memorable weirdness factor back into the band’s music with gusto.

For one thing, there’s most definitely a larger helping of the band’s more unconventional Latin-Jazz influences apparent on A Maze of Recycled Creeds. Whether these touches are displayed in a more subtle manner (such as in the twisty, spiralling grooves of prototypical opener “Temple of the Art-God”) or thrust to the forefront in a more overt fashion (as in the sexy jazz-prog shimmy of “Celestial Nature”, with its nimble, furiously funkified Tech-Death riff work), they certainly help to give the album a brash and bold sense of character that makes it stand out from the crowd.

Both the extensive progressive musical musings of “Inner Alchemy” and the effervescent, cascading hookiness of “The Mystic Triad of Artistry” epitomise the band at their very best, brimming with clever (yet never overly so) guitar work and thrillingly unpredictable (yet never random) structural twists and turns that tread a fine line between captivating and confusing.

In lesser hands this mixing of jazz/funk/prog/fusion/metal would likely end up as an unlistenable mess, but you only have to look to the weirdly infectious, stop-motion fretwork of “An Order to Reclaim” (which concludes with an audaciously epic, funk-Doom outro) to see the Frenchmen make it look almost effortless, and even when they’re reining in their eccentricity a bit, as on the more stereotypically Tech-tastic “Dig Into Yourself”, they’re still head-and-shoulders above the majority of their peers when it comes to sheer style and inventiveness.

The album ends, appropriately enough, with a pairing of two of its best tracks – the superbly surreal proggy oddity of “Rejoice Your Soul” and the crunchy Death jam of “Syncretic Delirium” – which together manage to showcase almost all of the facets of the band’s quirky, idiosyncratic sound.

The former is an unabashed celebration of Gorod at their most off-the-wall and esoteric, a bizarre cavalcade of waltzing rhythms, grumbling death-growls, erratic, prog-tinged melodies, and toe-tapping funk patterns, while the latter is a far heavier and more angularly aggressive proposition that pummels and pirouettes like a heavyweight boxer at a ballet recital, before concluding with a cheekily defiant, Steve Vai-channelling outro of shameless lead-guitar heroics.

Now, as good as it is (and it really is!) this album isn’t entirely perfect – the seemingly de rigeur introductory track “Air De l’Ordere” is largely forgettable, and “From Passion to Holiness” is chock full of brilliant parts that somehow don’t quite manage to coalesce into a brilliant song – but it’s undeniably a top-tier release, and for a good 90-95% of its length A Maze of Recycled Creeds runs absolute rings around its competition, without even seeming to try.

Hopefully the madcap creativity and sheer imagination displayed here will finally be enough to ensure that the band get the wider recognition and approbation they deserve. It’s long overdue. And that’s the bottom line…

A Maze Of Recycled Creeds will be released October 16th, 2015 in North America via Unique Leader Records and in Europe via Listenable Records. “Celestial Nature” is streaming here.

11 Responses to “GOROD: “A MAZE OF RECYCLED CREEDS””