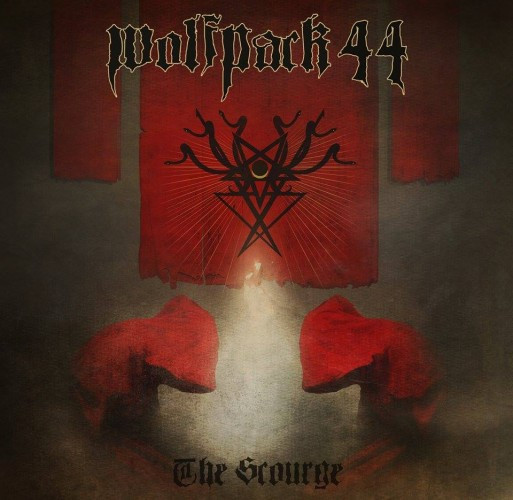 The first time I heard the first full song on Wolfpack 44’s debut album, it was lust at first listen. There’s an industrial-styled, industrial-strength groove in “The Black March” that I thought was going to make my head come off. Turns out, there are a lot more headbanging grooves — including one in a song I asked (and was granted) permission to premiere along with this review — plus a wide-ranging assortment of other styles and moods. But I’m getting ahead of myself.

For those who don’t know, Wolfpack 44 is a collaboration between multi-instrumentalist Ricktor Ravensbrück from The Electric Hellfire Club and vocalist/guitarist Julian Xes from Kult ov Azazel. Their debut album, The Scourge (which features cover art by Robert Cook, aka Norot), is due for release on January 20, 2016, by the French label Deadlight Entertainment. 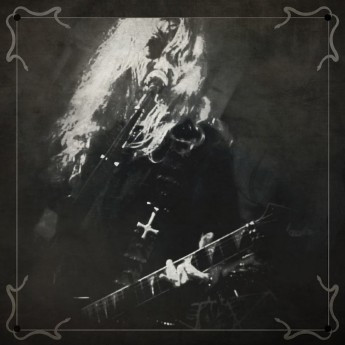 Wolfpack 44 go the whole nine yards to pack their music with evil, from the sulfurous lyrics to the devilish samples to the extremity of the vocals, which range from ugly growls to agonizing yells to strangled croaks. Opening the doors to this album is like joining a demon convocation in full swing. And the music is often just as bombastic and theatrical — yet it almost never follows a straight line.

As mentioned at the outset, “The Black March” is but one of several songs built around compulsive, pneumatic rhythms, with the metallic gleam of the drumbeats and riffs giving the music a cold, hammering, merciless quality. “Dark Mountain”, “Chamber of Nightmares ( (Vi Veri Veniversum Vivus Vici)”, and “To the Devil… A Daughter” fall into that category, but Wolfpack 44 spice up every one of those songs with other ingredients, ranging from incendiary guitar solos to riveting guitar harmonies to ghostly female vocals.

But there’s more going on in the album than jolting rhythms, rib-cracking riffs, and wild vocal excretions. In songs like “Rituale Romanum”, “By Serpents Beguiled”, and “The Enemy Below”, dark, sorrowful melodies rise up, providing a seductive contrast to the vehemence of the barbaric vocals. “The 18th Enchain Key” — shrewdly placed roughly in the middle of the album — is mystically beautiful, a classically inspired acoustic guitar instrumental (performed by the Rev. Sonny Bellavance). And “To the Devil… A Daughter” pairs a dark, gothic melody with baritone clean vocals reminiscent of Peter Steele and Jinx Dawson’s beautiful voice. 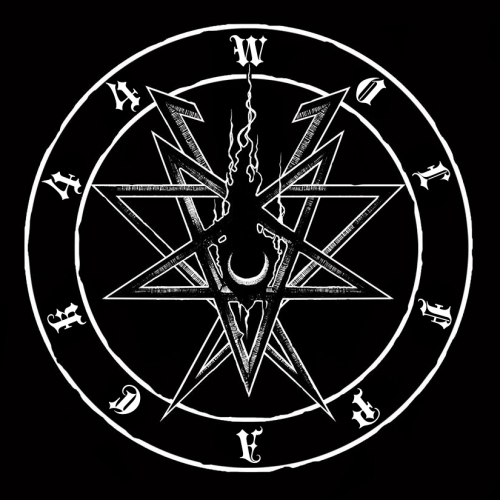 “Iron Dream” begins with rapidly pulsing electronics and a rushing drum rhythm, but then turns into blasting percussion combined with the cutting edge of nasty, bone-saw riffs. And on top of all that, you also get a cover of Nazareth’s “Expect No Mercy” that Wolfpack 44 turn into a hurtling freight train of a song, enlivened by another one of those flickering/squalling/demented guitar solos, and backed by a guest appearance from The Supremes (actually, the backing vocals on this song are by Victoria De Rais and Ashka Helland).

This is one of those albums that defy easy genre classification, in part because there’s so much variety among the different songs, as well as lots of multi-layered textures within most of them. Wolfpack 44 have described the music as “Satanic, industrial/black/death/psychotic/evil-as-fuck metal with a sardonic edge”, and that’s actually a pretty accurate description. There are times when it’s so catchy that you think you’ll never get it out of your head and other times when it feels like it’s trying to tear your head right off — or at least turn it inside out.

Maybe it’s enough to just call it evil heavy metal and leave it at that. Whatever the label, The Scourge is full of beguiling twists and turns, and it’s loads of demented fun to hear.

Below you can check out the official lyric video for “The Black March”, which premiered earlier today. Two more songs from the album, “Chamber of Nightmares (Vi Veri Veniversum Vivus Vici)” and “Iron Dream”, can be streamed via the Wolfpack44 Bandcamp page (also included below). And, as mentioned, we’re also happy to bring you the premiere of “Dark Mountain”.

2 Responses to “WOLFPACK 44: “THE SCOURGE” (A REVIEW AND A SONG PREMIERE)”