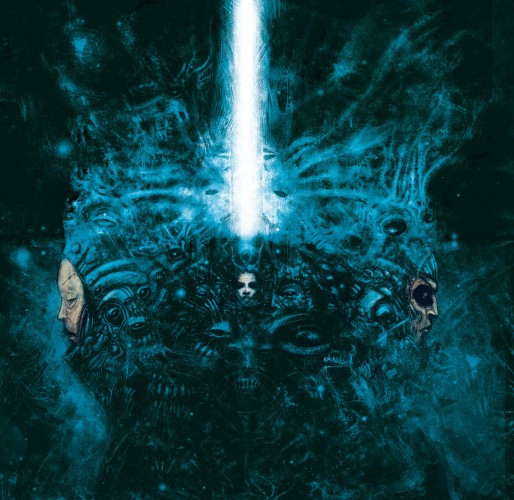 (DGR reviews the new EP by the French band Psygnosis.)

Psygnosis are a band whom we’ve crossed paths with before. They’re a multi-talented group of Frenchmen whose music plays heavily with the experimental while also fusing death metal, -core, and industrial elements into their overall sound. Their music ranges into the epic, with tracks easily lasting longer than eight minutes, and between the band’s two EPs and two full-length releases, they have grown impressively good at telling a story.

2014’s Human Be[ing] saw the band at their best up to that point, interweaving film clips with dramatic passages of music and heavy, thundering sections of metal. They often used ambience in their favor, leaving whole sections of their songs feeling empty but for a couple of guitar and synth notes and occasional whispered vocal lines echoing out into the ether.

Since Human Be[ing], though, the group have gone through some lineup changes. They’ve seen the full exit of their vocalist and have made a shift toward instrumental music, adding a cellist in their vocalist’s stead to pick up the melodies that were once provided by human voice, and freeing the cellist to come to the forefront with his own creations. A cello has been present in Psygnosis‘ music before, but the recently released EP AAliens is the first time the band have recorded with their new lineup, with new music, and with said cellist at the forefront. 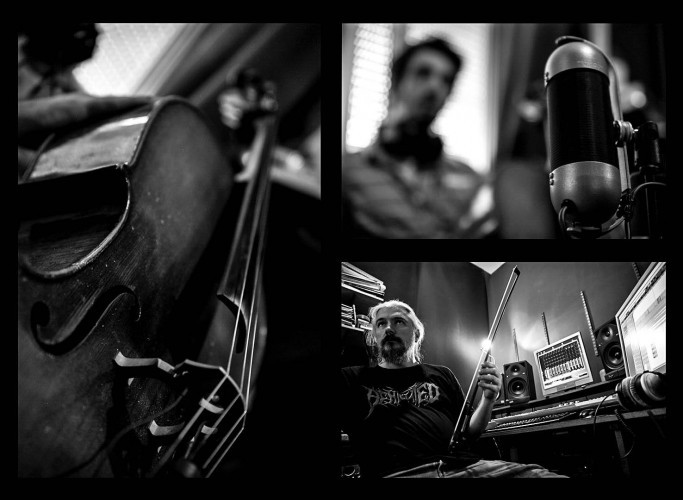 Beneath the stunning blue album art, AAliens contains two songs, a reprise of the song “FIIIX” entitled “FIIIX 3.0” (previously the band had an original song on the Anti-Sublime release and “FIIIX 2.0”, along with a few remixes of that track on the EP Sublimation) and a song for which the band have filmed a video clip that bears the name “Man Ov Steel”.

Initially, I was curious how the band would sound without a vocalist, before coming to the conclusion that with the huge movements of ambience in the band’s sound already, it wouldn’t be too much of a stretch for the group to go entirely instrumental. Psygnosis have often used film clips and samples to provide narration and mood to their albums, so that was one of the key points I was going to be focusing on with my initial journey into AALiens. I was curious to see just how much the band had changed and if they could continue the hot streak from Human Be[ing], if they could make another soundtrack and journey, while at the same time maintaining the listener’s interest across their epic-length tracks despite being entirely instrumental.

“FIIIX 3.0” from the get-go is going to feel familiar to people who have listened to the Psygnosis discography up to now, since it contains multiple motifs from the “FIIIX” songs before it, with the cello picking up the main vocal line while the band behind proceeds along the downtuned, heavy path of devastation. Its long opening gives way to destruction, but it also contains multiple electronic elements. It’s probably the best-sounding of the “FIIIX” songs so far, with the drums taking on a distorted tone with a tiny bit of rattle attached to each snare hit.

The cello performance throughout the song weaves in between each of the instruments, meaning you get long, sustained notes helping to add to the building electronics before the song gets heavier and heavier. When “3.0” does get heavier, after some of the Psygnosis-brand movie samples, the cello hovers just above it, cranking up the dramatic flair that the song had beforehand. Long story short, the group still manage to make eleven minutes pass by in the blink of an eye, and “3.0” fits in well alongside its brethren “FIIIX” songs.

“Man Ov Steel”, as the first wholly original song of the two, is also the heavier track of the pair. The main hunk of the song is built around a chugging opening riff that quickly segues into a heavy-as-hell blast beat — a section that the band reprise again toward the end of the song. Those sections aren’t too big on the melody front, instead yielding to sheer brutality, but even the ending section tries to restrain itself a bit as the bass guitar comes thudding in and the cello on top of it tries its best to make the machine-gun drumming underneath sound beautiful.

The middle section of the song is where the band stretch their melodic muscles, with the whole affair going a bit post-metal as the guitars echo out over the expanse. Surprisingly though, Psygnosis don’t stick with this section too long; given their usual tendencies toward longer, ambient works, “Man Ov Steel” probably contains some of the heaviest music that the band have written. No narration, just a constant, thudding journey that gives way to static at the end of it.

AALiens is an excellent proof-of-concept release, showing that Psygnosis have been able to maintain a large part of what made their music work despite the fact that there is no longer a vocalist up front to really spell things out. They can still make music that feels like a trip across an open expanse and have added some extra pyrotechnics by allowing the cellist to be front-and-center in the band’s music. It adds an extra melodic line to the band’s otherwise heavy music, and AAliens adds to the list of “soundtracks to movies I have never seen” type of albums. Psygnosis have shown with AAliens that they still have the ability to paint a picture with sound.