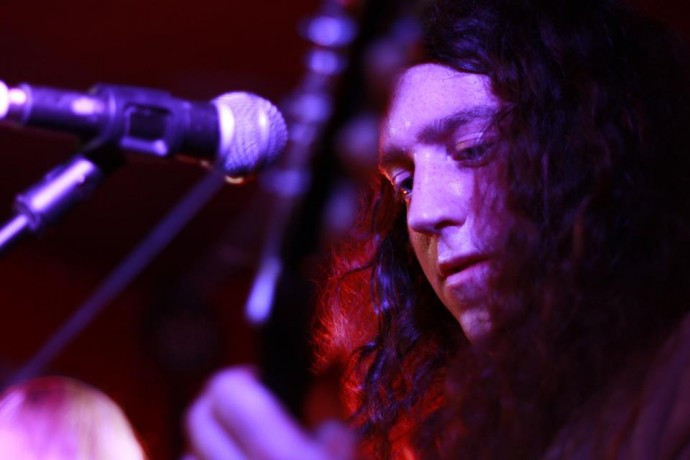 (Comrade Aleks brings us his interview with Will Fried of the Tasmanian NWOBHM/doom band The Wizar’d.)

The Wizar’d is a most unholy and catchy doom metal outfit from Tasmania. They have mixed good old doom tunes with components of NWOBHM for about ten years and already have three full-length records (apart from half a dozen smaller releases).

When people speak about The Wizar’d… well, it’s a situation of love and hate. As for me – I like it, and I’m sure that all of you are grown enough to decide for yourselves, as you need only one click to check out The Wizar’d’s necromantic melodies. Tonight, Will Fried, or Ol’ Rusty Vintage Wizard Master, the name given on his birth, answers some of my intrusive questions.

Hi Will! How are you there? How busy are you with all your projects?

Hey! As always I’m extremely busy with everything. Not a great deal has been going on with The Wizar’d of late, but we played a cool show with King Fate recently, which was killer! As far as other activities, currently we are writing and working on demos for Tarot’s debut full-length album, and running Heavy Chains Records is becoming more and more demanding! 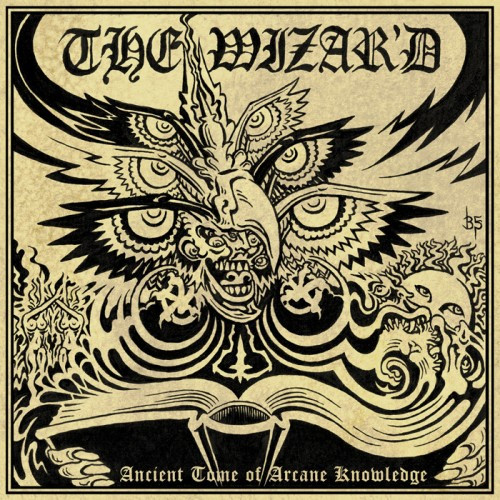 The Wizar’d’s Ancient Tome of Arcane Knowledge was released on May 2013. It was a great sequel to your second record, Pathway Into Darkness. Do you have some new songs after it?

Thanks! We have a couple of new songs. They will be featured on a new EP titled Subterranean Exile, which will hopefully be available by the end of the year. The new stuff carries on from where the last album left off, dark and brooding doomed arcane heavy metal!

Does the band’s line-up remain the same after all these years? How do you work together?

We have had the same lineup for a few years now, and I don’t see it changing any time soon, as we work very well together. 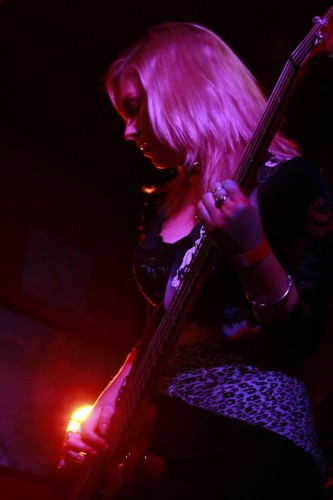 Both of the last albums have some really killer tracks (and we could find some on your first album Infernal Wizardry as well). Can you say that The Wizar’d gained some good reputation through these records?

I guess we have a small but loyal fan base. Generally, our music polarises people in that they seem to either love it and totally get what we are going for, or they totally hate it, haha. I think this is a good thing!

Hah, okay, I bet that most haters don’t accept your manner of singing, ’cause it’s really specific yet it suits your music damned good, doesn’t it? Or do you get your portion of criticism for something else?

My vocals are definitely what gets the most criticism, but I couldn’t care less, haha — I think they work perfectly with the music!

The Wizar’d – Disease From The East

Will, who’s the author of that crazy art-work for Ancient Tome of Arcane Knowledge?

The stunning cover artwork was created by Barney Fried of Waning Gibbous art. Everyone should check out his work, as it is all of the same calibre as the ATOAK piece. He also painted the great cover for Tarot’s Warrior’s Spell compilation.

How did you get in contact with Buried By Time And Dust Records?

They got in touch with us. They were fans of Pathways Into Darkness, and offered to release the album on LP. It is an honor to work with a label who have released classics by Witchfinder General, Pagan Altar, Saint Vitus, etc.

Has the collaboration with them and with Barbarian Wrath Records helped The Wizar’d to reach new listeners in Europe and the U.S.?

I suppose being associated with those labels has helped us get our music out there, although in this day and age of everything being available online I don’t think location really matters that much anymore. Still, I’m very happy to have worked with these guys as I respect the vision of both labels. 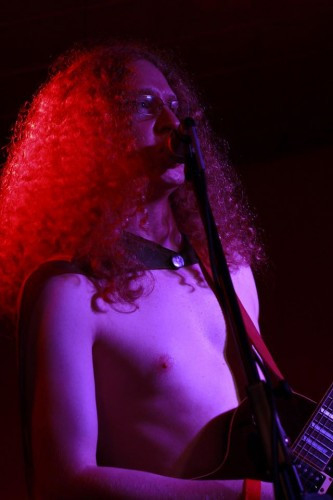 The songs on Ancient Tome of Arcane Knowledge sound bloody catchy, yet raw and rough. How much time did you spend to record the album?

I spent quite along time writing the album, but when it was time to record, it came together pretty quickly. Most of it was recorded in my home studio, and the rough sound was defiantly intentional — we wanted it to sound as heavy as possible!

Do you remember when you found this combination of your distinctive raw vocals and NWOBHM tunes alongside some doom riffs?

I guess it’s something that just happened gradually. On the earlier recordings the riffs are much more simple, more like Saint Vitus, but as I got better at writing and playing they slowly developed into what we sound like today. I started the band when I was around 16 or 17 and never really had any lessons on how to play or anything like that, so the earlier stuff was a lot more primitive.

Do you see some space for any new elements in The Wizar’d sound?

I guess I just want to continue doing what we are doing. I have a vision of what the perfect sound for The Wizar’d would be, which is what I’m always working towards, some unholy mix of utter doom metal heaviness mixed with supremely catchy, dark heavy metal. 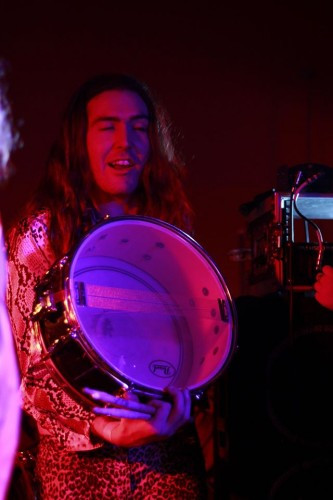 Can you tell the story of one song from Ancient Tome of Arcane Knowledge?

“The Moss that Grew on the Sorcerer’s Grave” tells the tale of an ancient cult summoning an evil force from its subterranean resting place, only to be utterly annihilated by the beast. The rest of the world soon follows the same fate….

I have one standard question for all… what was your favorite book in school?

To be honest, I really can’t remember!

Most of your lyrics are about Satan, sorcerers, and Evil in itself. Is it difficult to find new themes for songs now? Why do you usually choose all this stuff for lyrics?

I think those themes suit the atmosphere of the music. I’m hardly going to be singing about world peace or why can’t we all just get along in this band!

But how much of your own self are in these lyrics?

Everything – the lyrics are no joke!

Baphomet’s monument was built in Detroit city about a month ago. How do you like it? Do you have something similar in Tasmania?

While it’s always good to hear of monuments to our dark lord being erected, I’m afraid there is nothing like this in Tasmania.

Yes, about Tasmania. A NWOBHM/doom band from Tasmania — it sounds unique. How often do you play gigs there? And have you already played outside Tasmania?

We play shows fairly infrequently as we are only really interested in playing killer gigs with bands that we support 100%. The way I see it, I don’t want to be playing shows that I wouldn’t be interested in going to as a spectator. We have done few shows outside of Tasmania. We have played in Sydney, and also played at Hammer of Doom in Germany several years ago. Out next interstate show will hopefully be in Melbourne sometime later this year.

What are the positive and negative aspects of living there?

Tasmania is a cool place to live, we have a lot of amazing scenery, and it’s pretty laid back here. I guess the fact that the metal “scene” (as much as I fucking despise that term) is quite small means there are limited opportunities to play shows in different venues, etc. With that said, I wouldn’t want to live anywhere else in Australia.

Will, what is the situation with your other projects – heavy metal outfits Dracula and Tarot?

As I mentioned earlier, we are currently working on Tarot’s first full-length album, and we are hoping to start recording this in September.

Dracula is currently preparing for two killer shows, one in Hobart, and the other at Black Conjuration fest in Adelaide. After this, Count Hawlok will be making his pilgrimage back to Transylvania, so the band will be on hiatus for some time.

Okay, thanks for the interview Will! Do you have a few more words for our readers?

Thanks for the interview, stay tuned for our next release – Subterranean Exile!

7 Responses to “AN NCS INTERVIEW: THE WIZAR’D (WILL FRIED)”