We have an embarrassment of riches. At the end of June we had the pleasure of premiering a song named “Celestial Supremacy” from the wonderful new album by New Jersey’s Windfaerer, and now — less than a week away from the release of Tenebrosum — we get to bring you another new song: “The Everlasting”.

When our old friend Phro provided his imaginative and evocative review of Tenebrosum, he described it as “seven tracks of pure frigid despair that could be summed up with three adjectives: Melancholy, punishing, and fierce.” All three adjectives could apply equally well to “The Everlasting” alone — but that wouldn’t exhaust the sensations inspired by the song. 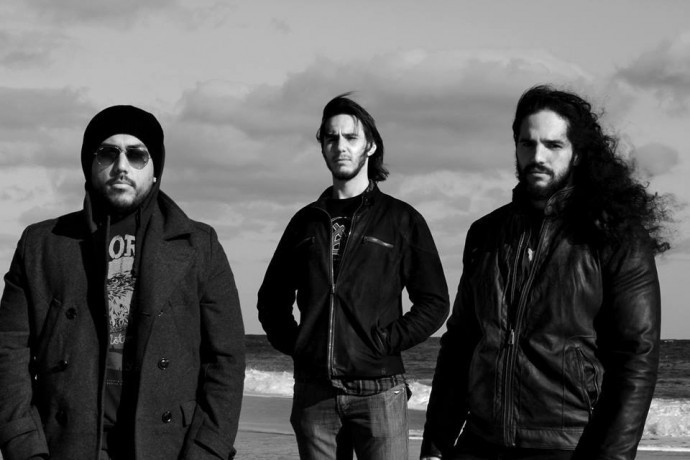 In its opening minutes, the music is also defiant and even triumphant. It’s a warlike charge with a lot of thunder in the low end and lightening in the lead guitar overhead, along with a thoroughly impassioned vocal performance and a rich layering of guitar and bass parts that gets the blood pumping.

When the frenzied pace slows, and the drums begin to tumble and somersault, the mood does turn in more melancholy directions, with a sequence of varied guitar and violin melodies that soon send your mind swirling as the intensity builds once again. And at the end, the vibrant strumming of a solo guitar provides a fitting (but all too brief) conclusion.

Like the album as a whole, “The Everlasting” demonstrates this band’s genuinely impressive imagination and performance skill, as well as their ability to change the mood of the music without ever losing their iron grip on the listener’s attention. It’s intense, intricate, fascinating music, combining black metal with folk-influenced melodies and a lot of passion to produce a riveting listening experience.

We hope you enjoy “The Everlasting”, and if by chance you missed our earlier premiere of “Celestial Supremacy”, we’re including a stream of that track below as well. Tenebrosum is available for pre-order (CD and digitally) via the Bandcamp link below.

3 Responses to “AN NCS PREMIERE: WINDFAERER — “THE EVERLASTING””