For me, it’s hard to think of a better way to start a weekend of listening than with a new song by Grave, especially when it comes from an album adorned with the artwork of Costin Chioreanu. The album is Out of Respect For the Dead, scheduled for release by Century Media on October 16, and the new song (presented through a lyric video) is “Mass Grave Mass”.

The thundering rhythms and evil, infectious riffing will get your body moving right from the start, and of course when the band back off the speed they serve up a healthy dose of morbid, putrescent atmosphere. It’s not as downright vicious as the first advance track from the album that I wrote about last month, but it suits me just fine.

The album is available for pre-order in Europe here and in NorthAm here. And in case you missed that previous song from the album that debuted in August (“Redeemed Through Hate”), I’ve included that one below, too. 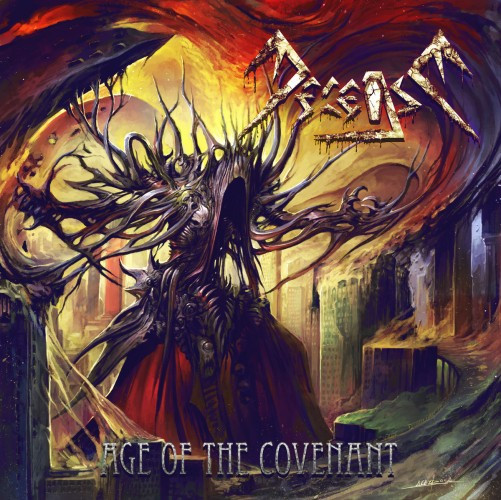 The most recent album by Romania’s Decease is Age of the Covenant, which came out last November. A few days ago the band released a music video for one of the album tracks named “Hypnotic Paranoia”, which my comrade DGR spotted and brought to my attention. We’ve written about this band before, because they do a reliable job of sending a megawatt charge straight into the brainstem.

I can’t decide what I like best about this blazing song — the utterly savage riffs, the huge bass tone, the gut-punching drumbeats, the pestilential soloing, the headbang-triggering breakdown, the voracious growls, or the surprisingly inventive instrumental digression in the song’s second half. Thankfully, no one is making me choose.

Age of the Covenant can be streamed and purchased via the links below. 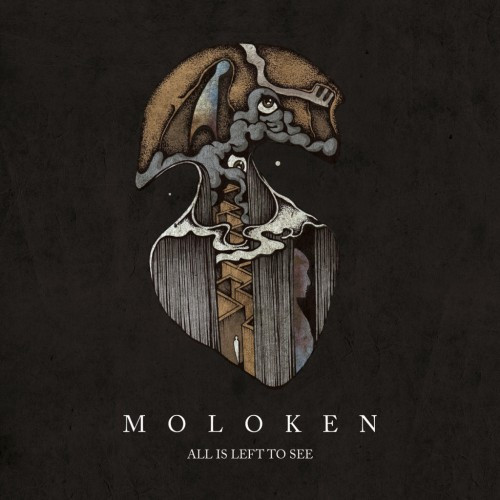 During the past week I got recommendations from several people to check out a new song from the third album by Moloken that premiered at CVLT Nation. They’re from Umeå, Sweden, and their new album is All Is Left To See — which coincidentally also includes cover art by Costin Chioreanu.

The new song is named “I Dig Deeper”, and it’s an interesting and dynamic combination of ingredients — discordant guitar excretions, a heavy-grooved bass line, somersaulting drumwork, throat-ripping howls, haunted droning laced with eerie feedback — and in the midst of a generally bleak and harrowing atmosphere, a memorable melody.

The album will be released by Temple of Torturous on October 23 in the EU and November 13 here in the U.S.

It’s been a long time since I’ve mentioned Haiduk on our site — almost exactly three years, to be precise. But this morning I listened to a new song by this one-man project from Calgary, Alberta (guitarist Luka Milojica) from a new album named Demonicon (which features very cool cover art). The song’s name is “Xhadex”, and it’s built mainly from needling riffs and flickering notes that swarm like ants under the skin. It’s disorienting, discordant, and strangely addictive.

Although there is an overall sense of derangement in the music, “Xhadex” is ingeniously constructed and performed with impressive flair. In contrast to the frenzied guitar insanity, the vocals are low and slow (but ghastly).

Demonicon is available via the first link below; digital versions are expected on iTunes and Amazon. Other songs from the album can be heard here and here. 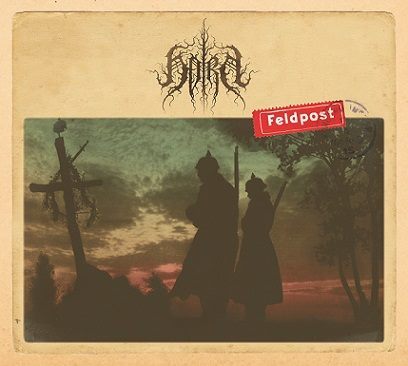 The final song in this collection is “Wache Schreibt”, a track from a new album by Germany’s Horn named Feldpost that will be released by Northern Silence Productions on November 6 (CD) and by Art of Propaganda next spring (on vinyl).

According to The Font of All Human Knowledge: “Feldpost is the German military mail service. Its history dates back to the 18th century in the Kingdom of Prussia during the Seven Years’ War and War of the Bavarian Succession and has existed ever since in different forms and shapes.” This new song is described by Horn as a “piece revolving around a look-out’s nightly letter from the trenches of the Winter War”.

The music is sweeping, folk-influenced atmospheric black metal that ranges in its pacing from the solemn and stately to the warlike and charging. To these ears, its emotional mood is defiant and inspiring, the kind of music that makes metalheads want to lift their clawed hands to the skies, with or without weapons in them.