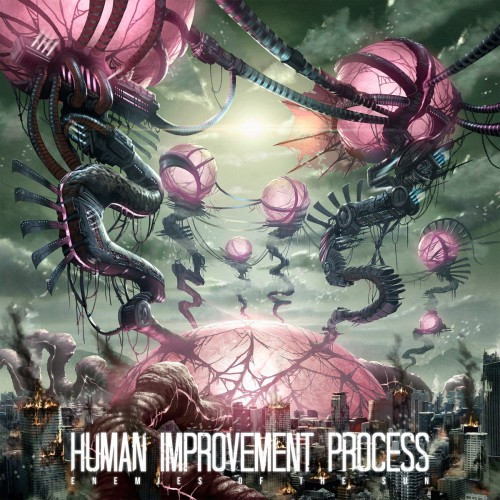 This has been a bumper year for EPs so far, with several of my favourite releases of 2015 coming in the old Extended Play format…. Barús, Wild Hunt, Sanzu, Pyrrhon, Exgenesis, Barishi, The Monolith Deathcult… the list goes on.

Well, now you can add Italian Tech-Death collective Human Improvement Process to that litany of names above, with their all-killer, no-filler, new EP Enemies of the Sun. 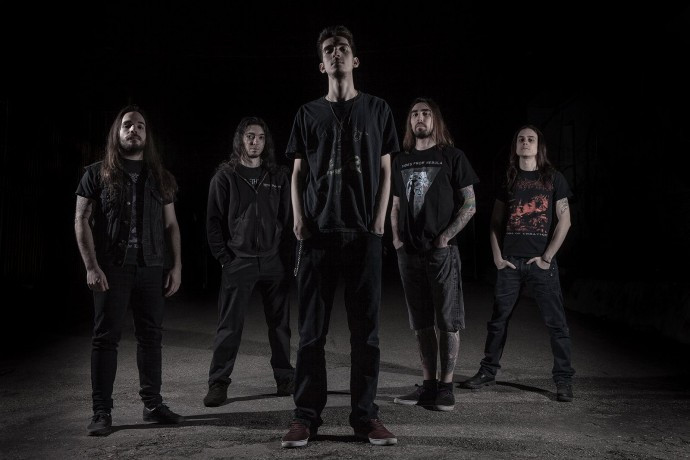 At only three songs, and a run-time just barely scraping in over the eleven-minute mark, it’s certainly both short and sweet – particularly when you consider that the title-track is really more of a mood-setting intro piece (though, to be fair, a thoroughly effective one) – but that doesn’t mean it’s lacking in either style or substance.

Indeed, the two fully fleshed-out tracks, “Project Monarch” and “Tortured Hands of Reason”, are more than worth your time on their own, packed full of unexpected twists and turns and more carefully-crafted, mind-mangling riffs than you can shake a stick at (though, why you’d want to do that, I’m not really sure…)

Human Improvement Process bill themselves and their music as “Experimental Death Metal”, and you certainly get a taste of why on this EP. Its distinctive, calculated coupling of frenzied, fractal riffage and precise, punishing hooks carves the band out a space right on the cutting edge of the Death Metal genre at its most technical and unpredictable, somewhere between the dissonant, angular grooves of Decapitated and the proggier touches employed by a bands like Decrepit Birth and Fallujah — albeit with a character and identity all its own.

Whether during the marriage of skittering technical fretwork and subtle melodic inflections that characterises “Project Monarch”, or the jerking, mechanised riffage and strafing drums of “Tortured Hands of Reason” (both songs laced with some enigmatically proggy keyboard undertones as the icing on this particularly crushing cake), the band also endeavour to employ a clever array of subtle, shifting hooks and seductive, minimalist melodies during each song, lodging them firmly in your cerebral cortex with impressive immediacy whilst also offering tantalising glimpses at deeper layers of structure and meaning beneath all the hi-tech hijinks.

As good as the band’s previous release, their debut full-length Deafening Dissonant Millenium, was (and it really was), the material showcased on Enemies of the Sun is just on another level entirely. If they can keep this level of quality and intensity up for a full 45-50 minutes… then we might just have one serious contender for “Album of the Year” in 2016!

In the meantime, get a hold of a copy of this EP asap, and prepare to have your face-melted and your brain sandblasted into submission by some frenzied, focussed, and utterly furious Tech-Death domination!

2 Responses to “SHORT BUT SWEET: HUMAN IMPROVEMENT PROCESS — “ENEMIES OF THE SUN””