We are very fortunate to help premiere a song named “Jura” from Sgùrr, the new album by the remarkable Thy Catafalque. The album has been one of my most-anticipated releases of 2015 — and my expectations were very, very high, given the quality of Thy Catafalque’s most recent albums, 2011’s Rengeteg and 2009’s Róka Hasa Rádió. Yet as lofty as those expectations were, Sgùrr has exceeded them.

I won’t blame you if you now jump to the end of this post and start listening to “Jura”, but there may still be reasons to read the review that precedes the song stream, because no one song on this album tells you what you need to know about the rest of it.

I hasten to add that I’m not sure I can tell you what you need to know either. When you encounter an album as varied and unusual as Sgùrr, the typical genre references and descriptive adjectives go out the window, and that leaves me feeling even more helpless than usual in trying to find the right words. Of course, as mentally hobbled as I am by these limitations, I’m soldiering on anyway. 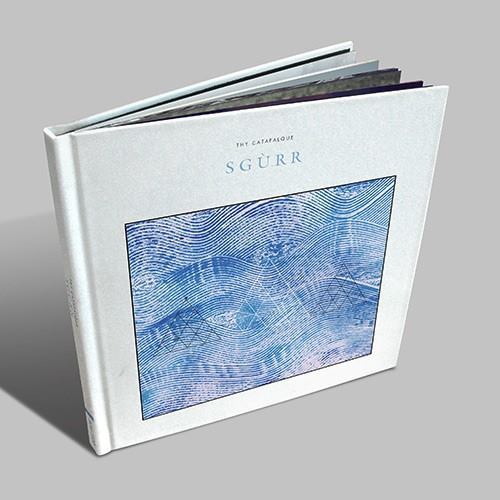 A note before I begin: Season of Mist is releasing the album in different formats, one of which is a digibook CD that is sitting next to my keyboard as I write this. It’s a lavishly beautiful thing, suitable for the music it holds, and I’ve sprinkled some photos of it throughout this review. The poorer photos of the digibook on the wooden table are mine; I thank SoM for the one above and the one at the end. 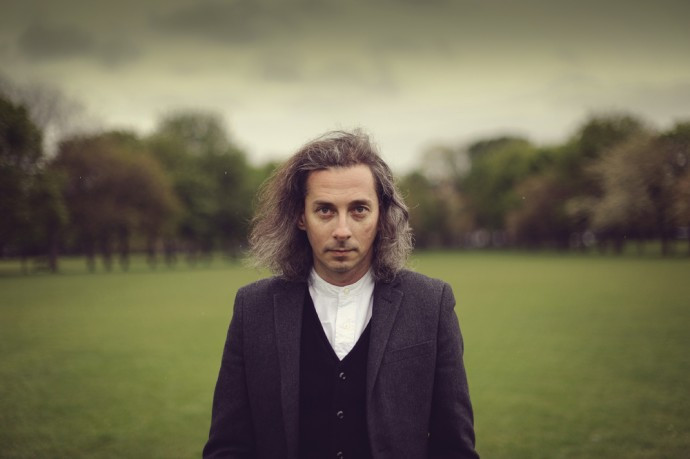 For those new to Thy Catafalque, it is the now-solo endeavor of Hungarian artist Tamás Kátai, who moved to Scotland several years ago. He has explained that Sgùrr (the title of which is Scottish Gaelic for “the top of a mountain”) was inspired both by the Scottish Highlands and by the Hungarian Lowlands, and that most of the songs are about “water, mountains, their interrelationship, and the symbols attached to them”.

As has been true of the band’s other most recent releases, the music is an unusual combination of musical styles, joining together (among other things) the heavy, ravaging riffs and shrieking vocals of black metal; strains of exotic folk melody influenced by traditions indigenous to Katái’s homeland; wide-ranging types of electronic music (and noise); and what some would probably call progressive rock.

As a friend of mine remarked in a recent retrospective on this band’s previous albums, what’s especially intriguing about Thy Catafalque is not simply the dynamic variety of divergent musical styles that Katái employs. It’s “not only that they are present on the same album and within the same songs, but often that they are present at the same time”. And that is true of much of what you’ll hear on Sgùrr.

Yet Sgùrr reflects some important differences from the albums mentioned at the outset of this review, which I’ll try to explain below. 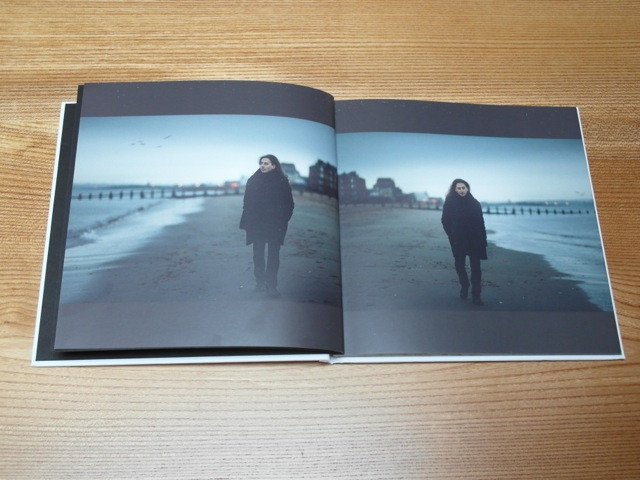 The sequencing of the songs on the album plays a significant role in the powerful attractiveness of it as a full, start-to-finish listening experience (which is absolutely the best way to take in the album). The record begins and ends with two very short pieces, both entitled “Zúgó” (Parts 1 and 2). In the first, Viktória Varga narrates words in Hungarian about the passage of rapids, the sounds of water carving through mountains over eons of time. At the end, operatic soprano Ágnes Sipos sings a cappella, with the subject again being water. In between, there are seven other fascinating tracks.

As displayed on previous albums, Thy Catafalque is fond of very long songs and there are two of them on Sgùrr — the third track, “Oldódó formák a halál titokzatos birodalmában”, at more than 15 minutes, and the seventh one, “Sgùrr Eilde Mòr”, which tops 16. In between the introductory narrative and the first of those long songs comes “Alföldi kozmosz”, a song that has already premiered. It’s a bright, vibrant, whirling instrumental piece performed with a layering of acoustic guitar and violin (the latter performed by Dimitris Papageorgiou, who appears again in the album’s last full song) that inspires visions of flowing streams and coursing rivers. 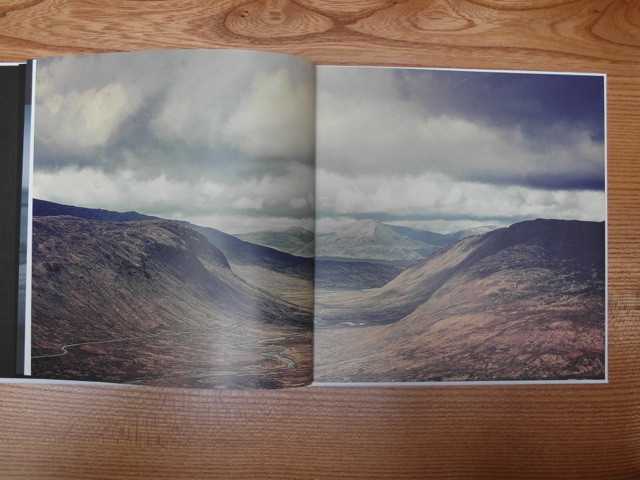 By this point in the album, as entrancing as the opening tracks have been, metal fans may begin to wonder where the metal is — but now it comes, along with much else besides. The first of those two long songs, “Oldódó formák a halál titokzatos birodalmában”, unites heavy, grinding riffs and attention-grabbing guitar solos; hard-driving drum rhythms; harsh vocals (provided in part by Katái’s former bandmate Zoltán Kónya in the band Gire); electronic music (including quasi-industrial beats and an ethereal keyboard melody); and passages from a Hungarian Wikipedia article about water, narrated again by Viktória Varga over strange ambient sounds as a backdrop. The last five minutes of the song are ridiculously catchy, melding a ghostly keyboard melody, a haze of guitar distortion, flickering electronic sounds, and a compulsive drum rhythm.

Speaking of the drums: I know nothing about drum programming, but I would guess that it requires as much creativity as human drumming (though obviously not the physical athleticism and timing skill). The programmed drums on Thy Catafalque’s albums have always been a highlight, and that’s no exception here. Beginning on this song and continuing through much of the balance of the album, they’re bursting with infectious energy, a hard-driving, rapidly firing engine that pushes the music forward. The repeating rhythms get stuck in your head almost immediately. 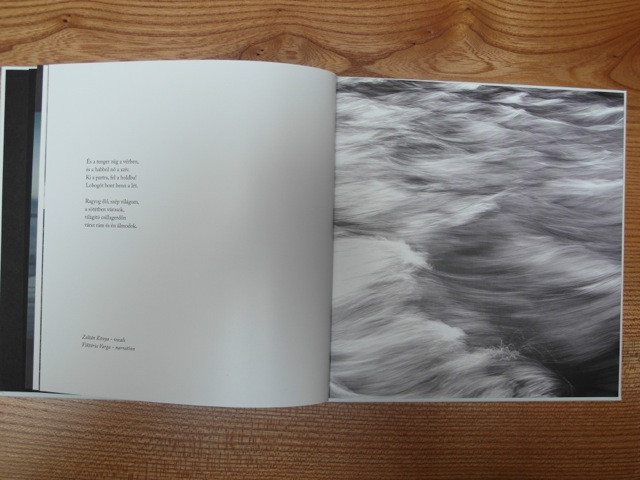 After the intensity and head-spinning interweaving of musical styles on that first long song, Katái seems to realize the need for a “breather”, and so “A hajnal kék kapuja” provides an instrumental interlude with pulsating electronic tones, a folk-influenced guitar melody, the sounds of a flute, and the patter of hand drums. But while providing an interlude, the song is also slow, somber, and mystical. It signals a change in the mood of the music, which to my ears becomes heavier and darker through the second half of the album (which is perhaps the most significant difference between Sgùrr and the most recent preceding albums).

The two songs that come after the interlude of “A hajnal kék kapuja”, “Élo lény” and the song we’re premiering today — “Jura” — are high-energy romps, intense and heavy. Both feature distorted, grinding riffs (which display the distinctive guitar tone that I’ve always loved about Thy Catafalque’s albums — both harsh and somehow warm) and high, flickering, folk-influenced melodies. Both songs will get your pulse pounding. 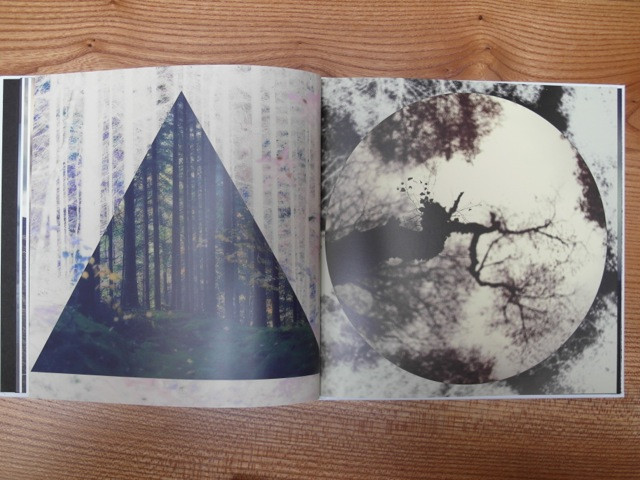 “Jura” is perhaps the most consistently metal song on the album (and it includes caustic, black metal shrieking). Katái has remarked about the song: “‘Jura’ is a song about primal, prehistoric, obscure instincts of fear of physical decline and the craving for the life-giving shelter of the womb. The music is accordingly primitive and obscure.”

And then comes the second of the album’s two very long songs, “Sgùrr Eilde Mòr”. As with the first of these, it provides a broad palette for Katái’s layering of remarkably diverse musical ingredients — but it is far from a reprise of the first song. Atmospherically, it’s even darker and heavier, with huge, steamrolling passages of rapidly jabbing riffs and blinding drum rhythms, massive droning sounds and groaning chords cloaked in shrouds of grief and doom, bereft melodies and discordant electronic tones. The vocals are few and far between, both clean and harsh; the dramatic instrumental music dominates. 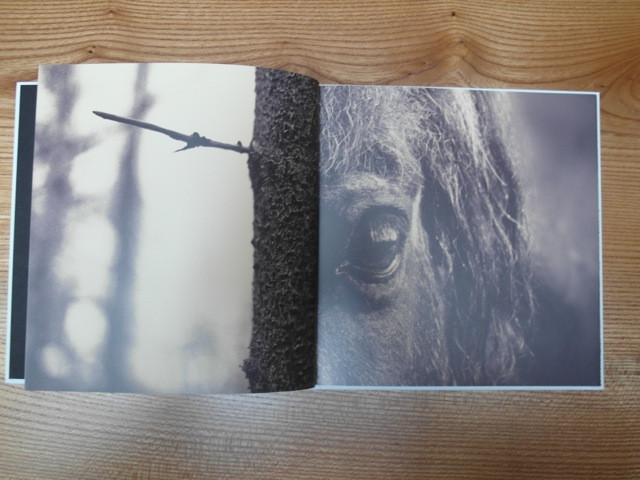 Where the first of the long songs ended with five minutes of pulse-pounding and highly infectious music, this one ends with five minutes of mainly electronic music, introduced by an organ solo. A droning mechanical sound runs through it — something like the sound of a propeller-driven plane or helicopter, with dark, panoramic ambient music coming and going, along with shrill electronic pulses of sound. It’s cold and disorienting, and somehow a fitting conclusion to the song despite how different it is from everything else that has preceded it.

As if to provide another contrasting “breather” after that long track, the first half of “Keringo” is slow and tranquil, with a hypnotic, melancholy keyboard melody that insinuates itself into your memory. But then halfway through, huge jagged riffs make their appearance as the drumbeat intensifies, adding a grim and ominous layer of sound to that wistful melody. 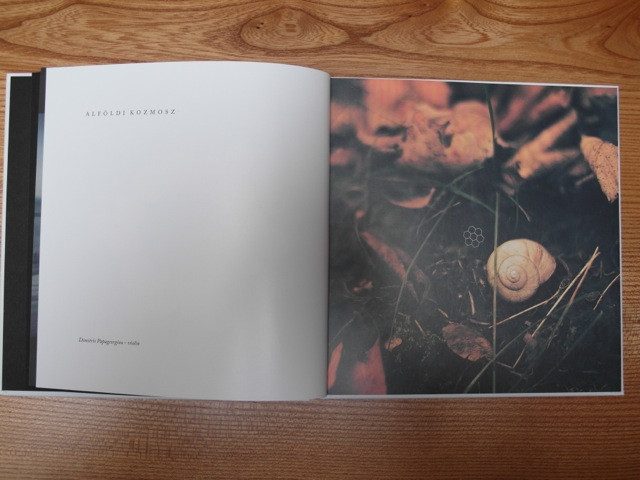 Sgùrr really doesn’t sound like anything else you’re likely to hear in 2015. It’s richly textured, remarkably imaginative, and ever-changing. It makes an indelible impression the first time you hear it, and it both compels and rewards additional visits with new discoveries, leading to an even deeper appreciation for the care that went into its conception and its performance. Don’t miss it.

Sgùrr was written and performed by Tamás Kátai, with contributions from the guests noted in the review, as well as Balázs Hermann (double bass on “Keringo”). The album was recorded and mixed in Scotland, Hungary, and Italy over the period 2012-2014 and was mastered by Ken Sorceron (Abigail Williams). The track list is as follows: 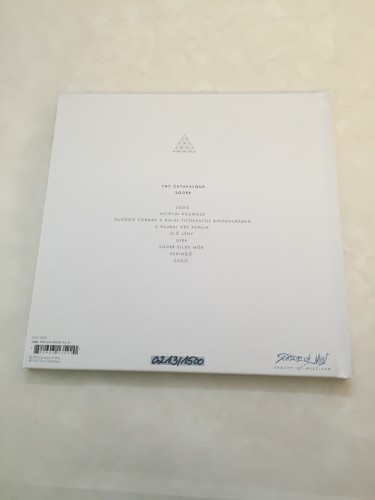 Sgùrr will be released by Season of Mist on October 16 and is available for pre-order HERE, in the Digibook CD edition pictured in the preceding review, as well as in a double gatefold vinyl edition. Now, enjoy “Jura”:

11 Responses to “THY CATAFALQUE: A REVIEW OF “SGÚRR” AND THE PREMIERE OF “JURA””