Deafheaven are not the first black metal band to inject elements of post-rock and shoe-gaze into the mix, things that bands like Amesoeurs and Agalloch are praised for. Deafheaven did this without the use of clean singing as well. They became a point of contention with their 2013 album Sunbather. It was praised by the more mainstream press and found the band bringing their brand of so-called black metal to such questionable audiences as Bonnaroo. Accusations of the band being “Hipster Metal” flew on message boards everywhere.

Then there are those who could not put Sunbather on enough top ten lists and listed this new one as one of the most anticipated albums of 2015, before the band stepped into the studio. Can this album live up to the hype? 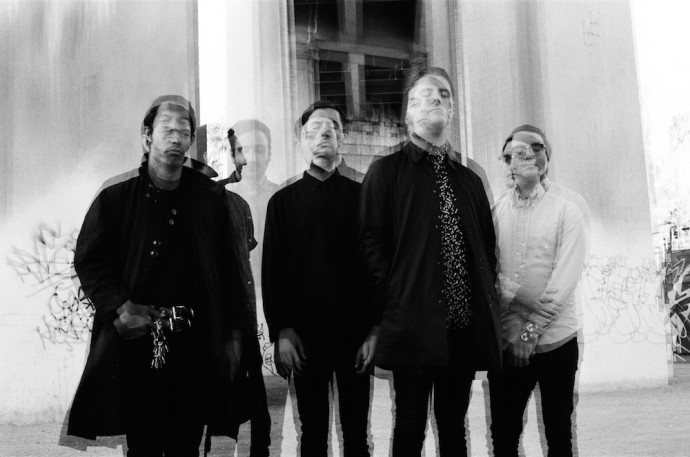 They open the album with atmospheric fanfare, before busting into a massive chug that makes you think they took the accusations of not being true enough metal to heart and are now daring you to say otherwise. It’s effective, but the first thing that caught my ear was how George Clarke has added more variance to his screams, which had begun to take on a monotonous static pattern by the time their second album rolled around. He has a lower and nastier, almost Dissection-like sneer to this rasp.

This is no longer a two-man show, with the band working as more of unit allowing for single-note guitar melodies to be layered over the more powerfully driven riffs. This is not to say they have given up on the clean guitar, as they do return to the more indie post-rock sound that is seldom droning enough to create the narcotic-like shoe-gaze sound. It works better here as a contrast to the flexing of the band’s metal muscle.

This album is darker; “Luna” finds Clarke shrieking less and instead using a more staccato lower growl over the sprinkling of blast beats. Speaking of blast beats, they do not have to rely on them exclusively because drummer Daniel Tracy is a crazy beast, able to throw intricate cymbal accents into the chaos and then drop down into death metal double-bass. He toured with the band for Sunbather, but seems like he was given free rein to be himself on this album.

At the six-minute mark of “Luna”, they break into a piano-littered post-rock passage that after three albums you have to know is coming. It’s the slower pound that is more impressive on this one.

There is a hushed start to the nine-minute “Baby Blue”. The blast beats do come calling, until the heavier, thrash-like chug bites into the song. The heavier turn the band have taken often demands they dumb things down to a more meat-and-potatoes approach to metal, but that doesn’t prevent them from ebbing back down into something that is more shoe-gazing. If they had forsaken the more ambient side of what they do, I would have felt it would have been more of a sellout than if they had put out an album that just wanted to be My Bloody Valentine all together.

The ten-minute “Come Back” indulges Deafheaven’s more delicate side before the metal kicks in. The big chords come very intentionally and they even throw in a very rock ‘n’ roll guitar solo that would not have surprised me as much if it had been on a Super Joint Ritual album. The third time still proves to be a charm for locking in on a chug with a hint of ’80s thrash to it. The final minute and a half is a dreamy sample of a traffic report similar to the samples found on the last album.

New Bermuda closes with “Gifts For the Earth”, which starts off with more ’90s emo-like guitar sound. Clarke’s rasp is a welcomed juxtaposition. Spoken vocals are placed way back in the mix, which are not quite sung, before you are once again smacked with metal chugging, this time accented with punchier variation. Then they go with their signature move and soar off in the song’s final two minutes.

The point was well made — it makes more sense why a band like Tribulation are opening for them on their latest tour. The dreamy parts on this album work better for me here than they did on Sunbather, and the fact that Clarke’s vocals are not just dialed in with the same old obligatory screams gives this album an edge over Sunbather.

They are true to who they are without pandering to the mainstream. However the mainstream metal community might finally give these guys more of a shot if they set aside their preconceived notion that you have to have a beard and Morrissey hair to give this one a listen.

I was on board for Roads to Judah, a little divided on Sunbather after having it in my iPod for a year, but have no problem rocking this one and think it will stand the test of time more like their first album.

New Bermuda will be released on October 2. Stream the album below. Deafheaven’s New Bermuda tour begins in October. The dates can be found below the music streams.