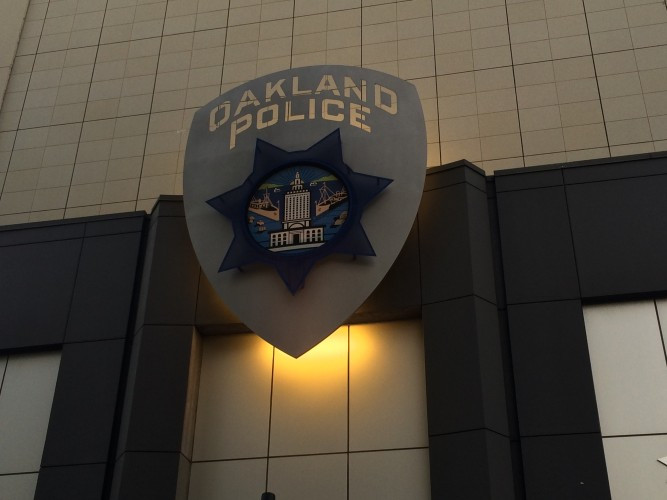 Don’t worry, I was just walking past that place last night with some friends rather than actually being escorted inside by some of Oakland’s finest. But it’s true that I’m in Oakland, attending the inaugural installment of California Deathfest, and so far it’s been a good time. It’s also the reason we won’t have much content on the site this weekend.

Yesterday, I rendezvoused with my NCS comrades DGR and BadWolf around mid-afternoon in Oakland. We took a stroll around Jack London Square on the waterfront under glorious blue skies, and then parked ourselves for a late lunch (where we were joined by a couple of other metalheads) and what became 2-3 hours of drinking. Willpower is not our strong suit. 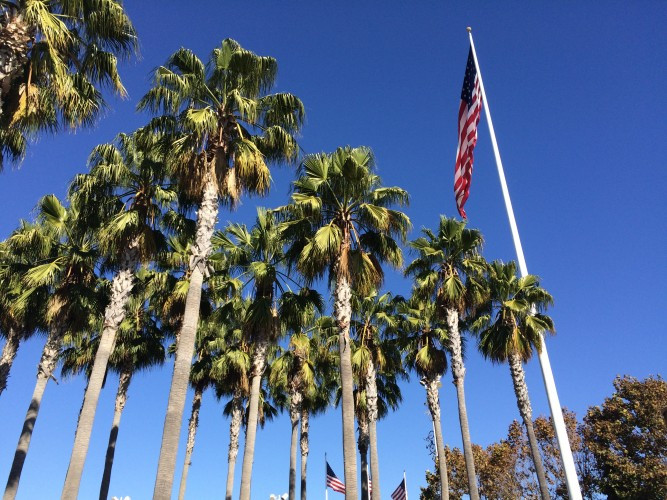 After that we met up with some of the people in Ævangelist and Antediluvian for some conversation, and by the time we finally made it to the Oakland Metro, we had missed the first four bands. But we did catch nearly all of Xibalba’s set, which was like repeated crowbar blows to the skull. 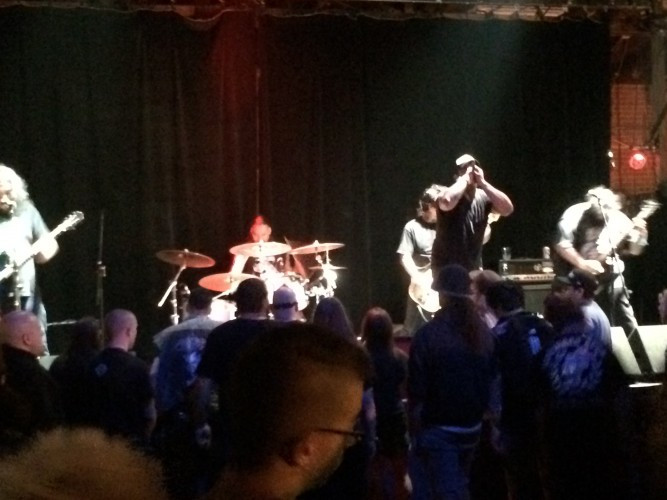 And Xibalba was followed by Noothgrush, which as a crushing experience. One minute I was sure I was standing on concrete in the middle of the big warehouse where the festival is taking place, and the next minute it had turned into a sucking tar pit. 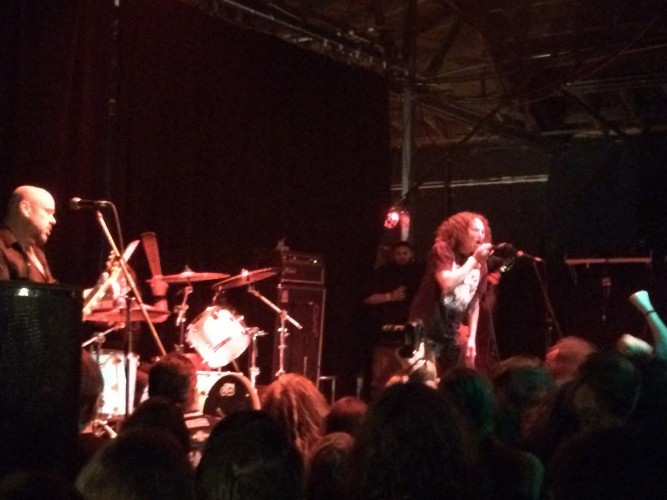 From that point on, I was unfamiliar with most of the remaining bands of the night — which turned out essentially to be a mix of hardcore, grind, and thrash. Despise You was first, and they proved to be a very pleasant surprise. They delivered a bunch of short, sharp shocks to the system, but proved as adept at dragging through the muck as they did inflicting up-tempo violence. 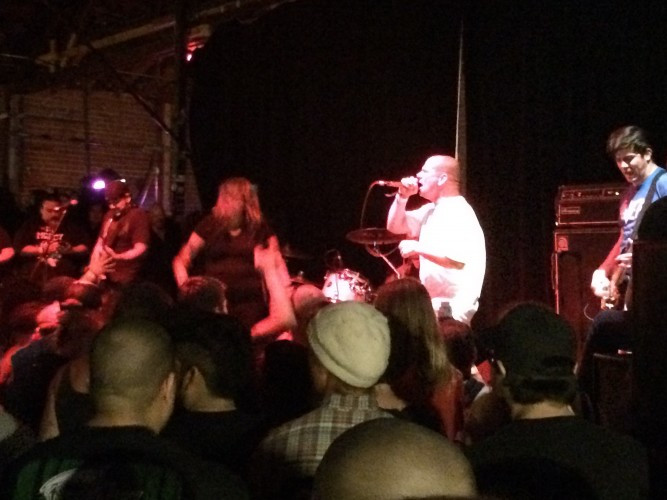 At that point my phone died, which means I have no more crappy photos — which was bad timing because the next band proved to be my favorite of the night. P.L.F. is a two-man grindcore war machine. They stayed in the red zone throughout their whole set, and it was goddamned obliterating.

Though guitarist/vocalist Dave Callier is a true force of nature in his own right, Bryan Fajardo delivered a drum performance unlike anything I’ve ever witnessed — except when I saw him play at MDF this year with one of his many other bands, Noisear. The dude is unbelievably fast, acrobatic, and hard-hitting. My jaw was open for the entire set.

And after it, I wound up buying a bunch of P.L.F. merch in gratitude for the vigorous beating they had delivered, including a vinyl copy of their 2013 album Devious Persecution and Wholesale Slaughter — because look at that cover: 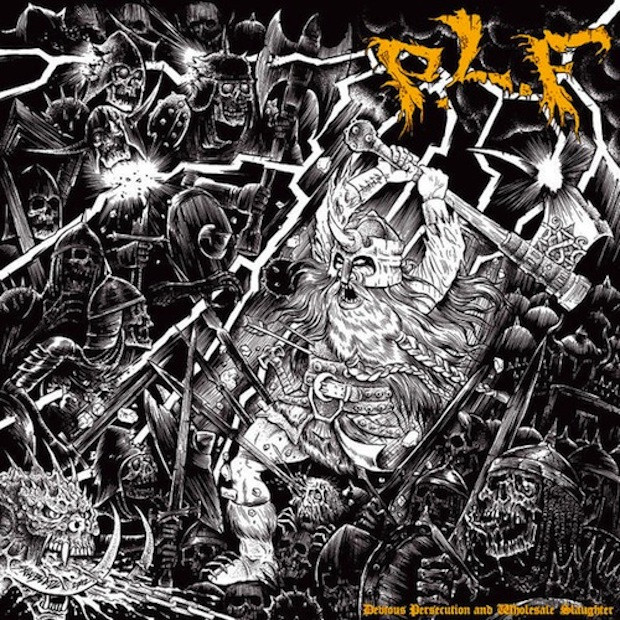 SoCal-based Excel were up next. They were very animated on stage and the music had a lot of electrifying power behind it, too, but their style of thrash isn’t one of my favorite kinds of metal (through no fault of theirs), and so I didn’t stick around for the whole thing.

Nor did I stay for the full set of the last band of the night, the influential L.A. powerviolence band, Infest. It wasn’t for lack of interest. Instead, it was a question of getting back to the hotel or falling on my face from fatigue. My friends were in the same shape, all of us having started the day in our home towns at ridiculously early hours.

The great thing about these medium-sized festivals, I’ve discovered, is the opportunity to meet people you’ve only ever connected with over the internet, and to make new friends as well, and that has already been part of the fun of this event. And even though the first night of music featured bands who were mainly outside the genre frames of what I usually listen to, I enjoyed it and made some good new discoveries for myself.

But tonight is definitely metal night, and I’m very excited for this line-up (with luck, I’ll scribble some stuff about it tomorrow morning):