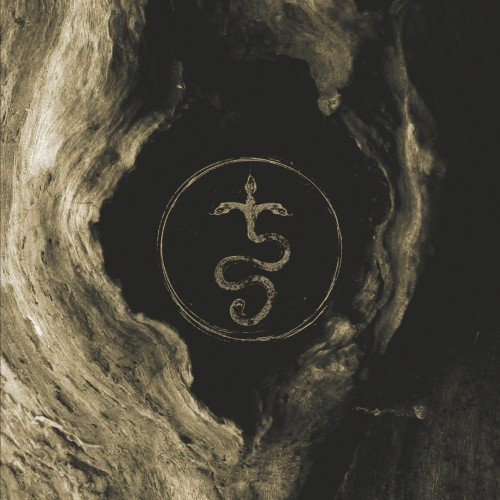 The members of the Phoenix band Naught have not disclosed their identities. The odds are high that they are human, but the music leaves room for doubt, for it is terror made manifest, doom made palpable — frigid, desolate, and harrowingly inhuman.

We bring you an exclusive stream of Naught’s self-titled debut, to be released in limited quantities by Battleground Records beginning tomorrow. Especially for a first full-length, it’s a remarkably accomplished and remarkably pitiless offering that all true fans of apocalyptic doom and sludge should embrace.

The self-titled album consists of three long tracks (“I, The Wraith”, “Firmament, Alight”, and “Oblation”) and one brief, unsettling ambient interlude (“A Looming Impermanence”). The music is spare and primitive, yet so well-produced and ingeniously conceived that it irresistibly opens the mind’s eye to vast barren vistas populated by the shades of the dead.

Formed with titanic, vibrating riffs, thundering drum strikes, and malignant ambient sounds, Naught’s music is ponderous and impervious to light. When they accelerate their typically slow, solemn pace, it’s to mount skull-shattering stomps or the almost mechanistic rhythms of a devilish dis-assembly line. And the vocals are terrifying shrieks, so piercingly high and excruciating as to straddle the boundary between (barely) human and phantasm.

The dismal lead guitar melodies that enter the picture flow like streams of glistening blood, or perhaps the twisting tones of a snake charmer’s pipe. While this is definitely not the kind of doom-drenched music that puts much stock in creating contrasts with the beauty of a melancholy melody, the melodies that do surface in the midst of this oppressively crushing soundscape have a kind of hypnotic allure that adds to the album’s immersive (and immense) black power.

This album is a perilous journey, one capable of inducing waking nightmares, but it’s really good. Those long tracks have a way of passing more quickly than you think they will, and they stay with you. An impressive beginning for Naught that we hope you will not merely survive but relish as much as we have.

Naught was recorded, mixed, and mastered at Arcane Digital Recording. The photography, logo, and layout were created by Stephen Wilson (Unknown Relic) and the emblem by Hugo Tinoco.

The album will be released through Battleground Records in limited pressings of 50 tapes and 100 CDs to be released at the band’s performance at Southwest Terror Fest Vol. 4 in Tucson, Arizona, tomorrow (October 16), where they will perform with Graves At Sea and Bongripper. After the fest is over, Battleground will put up an order form for remaining copies. The album can also be pre-ordered digitally via the Bandcamp link below.