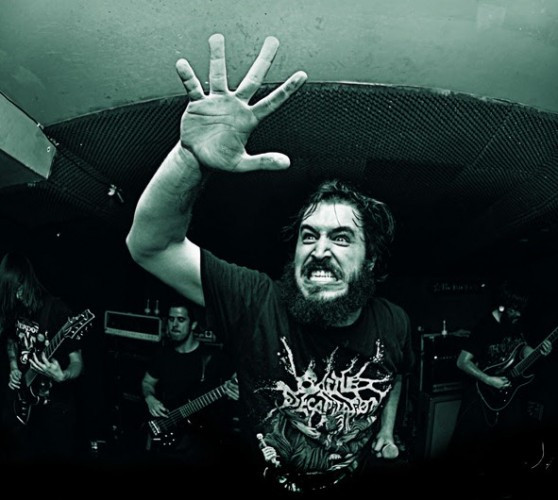 This winter Thirteen Bled Promises from Madrid, Spain, will release their second album through Blood Fire Death. Entitled The Black Legend, it will function conceptually as a prequel to the band’s debut album Heliopause Fleets that traces the origins of our planet to the 16th century.

The sci-fi themes that provide the backdrop for the band’s music have been worked into the video we’re premiering today for a song from The Black Legend entitled “Biblephagy Slender Phytobezoars”. 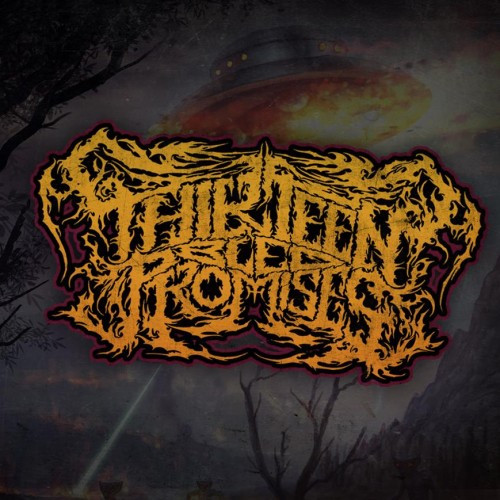 The video, directed by Jesus M. Gomez (NPPC ESTUDIOS), intersperses film of the band performing the song with a story drawn from a time of “ancient wars between the human, the infernal and the divine”. It may raise more questions than it answers about the narrative universe that provides the setting for the band’s new album, but it’s interesting to watch.

The song itself is something of a hybrid, which starts in a flurry of dissonant guitars, rapid-fire drumbeats, and hoarse roars, with sharp, sudden changes in rhythm and pace segmented by huge, clanging, atonal chords that come down like girders dropped from a great height.

But as the song proceeds, it begins to transform into something dark, dismal, and disorienting, creating an unsettling and alien atmosphere that heightens the tension in the music. And as you’ll see, it makes for a fitting soundtrack to what’s happening in the video.

As noted, The Black Legend will be released this winter through Blood Fire Death and pre-orders will be announced soon.