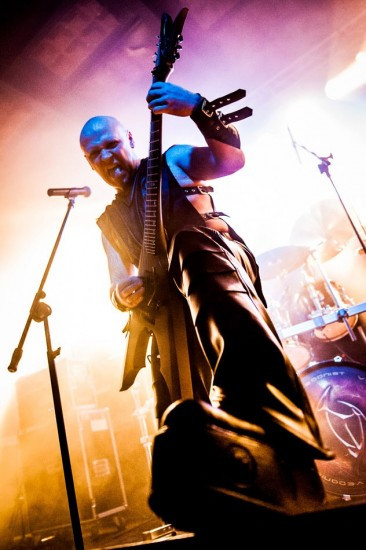 J: You know, Lost Soul isn’t such a popular band as Behemoth is. People rarely double-check historical facts about one of the lesser known representatives of the music scene. I think it’s natural to compare one band to the other, better known to the less known in this case. As they say: no matter whether it’s good or bad, what matters is people speak about the band.

I can accept both of these approaches. I can accept whatever people make of it. The fact that Lost Soul and Behemoth started and grew at the same time has no greater significance for me. What matters is what is now. What’s most important for me is music. I would like to give people freedom to think. Freedom to think based on the whole discography and history of the band. If someone believes we play music similar to Behemoth, he has all the right to say so. But I would encourage anyone who says this to study the Lost Soul discography more carefully, compare it to Behemoth in several aspect,s and perhaps slightly adjust their opinion. Or not. It’s just opinion.

On the other hand I’ve never gone as far to call our music “technical”. I’ve always called it Death Metal. It’s because of my former influences. I cannot remember people calling old Morbid Angel, old Deicide, old Sepultura, Death, Pestilence, and others technical metal. We just developed the style that was already there, the world is rushing forward. …I really don’t like to be compared with modern technical bands who flaunt technique in their music . I definitely prefer darkness and Satan. 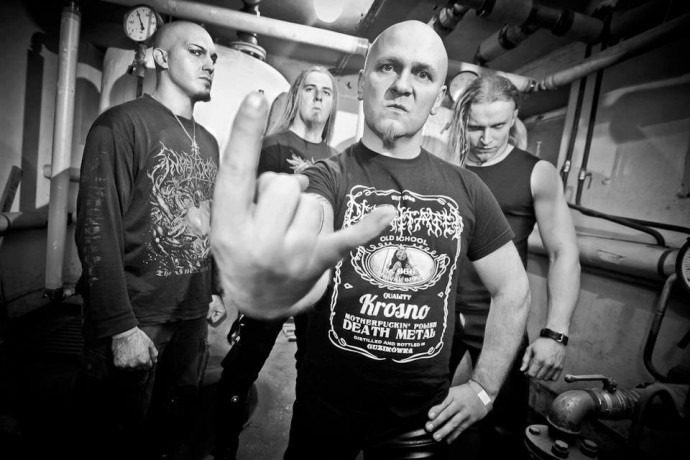 K: For those who know your music well, the new album, Atlantis: The New Beginning, will be an appropriate title. While it’s still most definitely a Lost Soul album with blistering speed and fury, it’s a much more diverse piece of work than you have done before. Tell us about it.

J: In the process of composing albums I always seek development. For each new album I take the ‘revolution’ rather than ‘evolution’ approach. My only goal is to Kill! – Music-wise, of course! I could not stand such a sentence as – “Oh yes, another album, Lost Soul, not bad – as usual”. We do not let our fans down! We make the best music we can and record it the best we can. We managed to structure it in a way so you can hear the evil, darkness, air and power. Speed is not our focus. While complicated parts are still there, it is a very listenable record by all means. We use the women’s voices, flamenco guitar parts. A few songs and interludes feature choir parts (Wroclaw Philharmonic Orchestra) – call that an icing on the cake.

For a band to greatly develop you need a widely open mind and a big focus on composing. I have my favorite bands, just like every other leader or composer in black or death metal. However, Lost Soul has been around for more than 20 years and for 15 years we’ve been releasing albums. We have our own style and we always intend to develop. There is one word which is particularly important for me: panache. If the music is lacking panache you will never find emotions in it. The music just flows in my head. When creating a riff, I immediately visualize drums, vocals and other instruments. Of course many things change in the process but the backbone is always there. It all comes very naturally to me. Each one of us is a sparkling and musical man. Thus we have no problems in terms of compositions and arrangements. It’s all in our heads!

K: At the risk of this being a overly generic question, our readers do like when I inquire about the album artwork and lyrics. So give a super whiz bang answer pretty please.

J: I came up with the album artwork concept together with Piotr Szafraniec, who also designed it. We wanted to make it match the lyrics as much as possible. It contains the motifs from all the tracks, while the key element of the cover artwork seals the entire release together as a concept album. Piotr is one of the most popular graphic designers in Poland, working with him is pure pleasure.

In terms of lyrics, Atlantis… is a concept album. I’d be lying if I said that the story behind Atlantis … is not related to the work of Alistair Crowley of the same title. The way in which Crowley cleverly concealed the true meaning of his work largely inspired me to create my own Sexual Magic with a few additional layers, and science fiction on top of it. Each inner and outer planet — over millions of years and ultimately the cooling of the Solar System — is inhabited by successive generations of Atlantean Kings on their way to the Sun. Each planet is assigned to one song which follows its story. Analogically, it refers to the anti-religious aspect. There is an anti-commandment thread in every song. I will leave in-depth analysis to fans who like exploring the art of death, not only through music.

If you haven’t yet heard Lost Soul’s new album, go here to listen:

See the links below to grab digital and physical copies of the album (vinyl will be released in February 2016).

5 Responses to “GET TO THE POINT: JACEK GRECKI (LOST SOUL)”