Today is the official release date for Aeon, the second album by Germany’s Invoker, which will be brought to discerning metal lovers by Non Serviam Records. It is adorned by a wonderful album cover created by Misanthropic Art. It’s likely that you have seen this artwork at our site previously, because it has been our pleasure to bring you the premiere of three songs from the album. And now we bring you the premiere of a full album stream.

The music on the album encompasses a variety of moods, but it’s consistently intense, powerful, and dark. Produced in a way that provides both clarity and massive force, and featuring individual performances that really shine, Aeon’s greatest strength is nevertheless revealed in the songwriting. The song’s have individual character, each one marked by distinctive melodies that get their hooks in your head right away, and there is renewed pleasure when you come back to them. It’s the kind of album that can stay in your playlist a long time, without losing its interest. 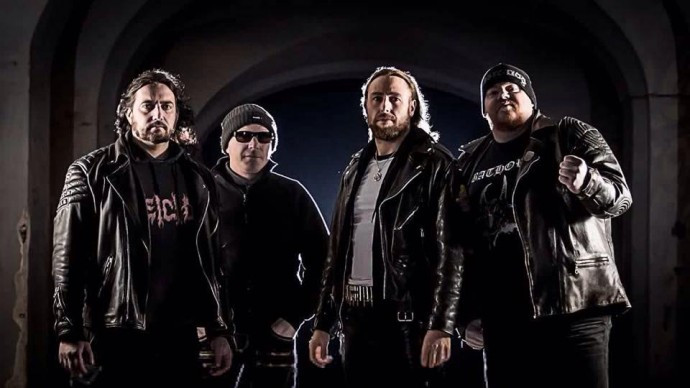 This is a heavy beast, a dynamic death metal juggernaut that delivers ferocity and majesty in equal measure — savage, crushing, yet sublime in the bleak attractions of its melodies. The band incorporate elements of black metal and doom into the songs, deepening the infernal might of their sound, and T.B.’s enormous, ravaging roars are a perfect complement to the visceral force of the instrumental music.

I guess you can tell that I’m very high on this album. I hope you’ll give it a full listen, and enjoy it as much as I have.

You can order the album from Non Serviam HERE.