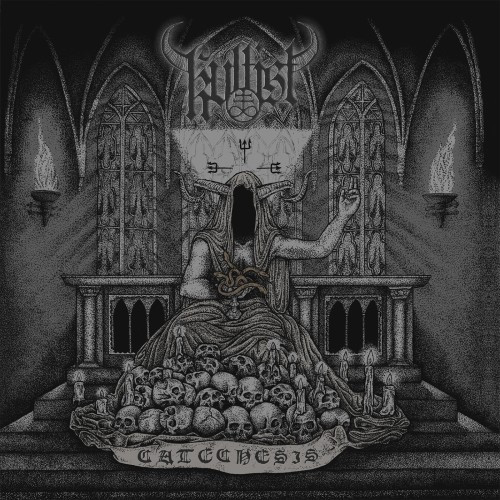 As the dark chill of winter looms ahead of us, W.T.C. Productions prepares for the release of Catechesis, the debut album by Germany’s Kvltist — an album that is the final realization of a vision in the making for a decade. Today we spread before you the premiere of the album’s opening track: “The Devil’s Catechumen”.

Through this song, Kvltist throw open obsidian gates revealing sounds that seem to emanate from a different plane of existence. It’s a Luciferian black metal devotional that’s intricate, multifaceted, and constantly changing. With dissonant riffs and arcane melodies that writhe and spiral like phosphorescent lights beneath the surface of a black surging sea, the song spawns imaginings of a great and ominous power rising to the surface in triumph, illuminated with flickering tendrils of unholy fire. 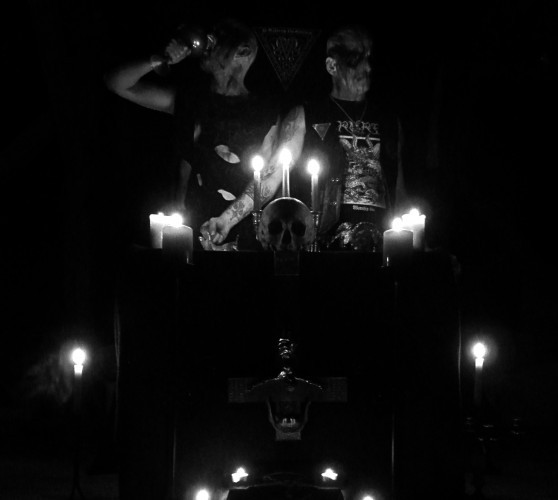 The music alternately storms and subsides into strange processionals laced with disorienting guitar arpeggios. The aura it generates is both mystical and chaotic, stately and deranged, with inflamed, gravel-throated incantations that burn with the same esoteric energies that boil in the song as a whole. It’s dramatic and bewitching music that sounds like the creation of sonic alchemists, changing the familiar into something strange, wondrous — and poisonous to your health.

Kvltist is a two-man band consisting of instrumentalist and backing vocalist MZI and primary vocalist Amon Xul. The very fitting (and eye-catching) cover art was created by Ceethava. Catechesis will be released by W.T.C. Productions on December 3, 2015 (CD and digital, with a vinyl LP coming at a later date). The track list is as follows:

Watch these spaces for pre-order information, and enjoy “The Devil’s Catechumen” below.

4 Responses to “AN NCS PREMIERE: KVLTIST — “THE DEVIL’S CATECHUMEN””