I returned home late last night from my whirlwind 48-trip to the other side of the continent for my fucking day job. While on the seemingly endless wi-fi-enabled plane ride home, I spent some time seeing what I missed since Tuesday. Not surprisingly, I found a lot of new music worth throwing at you, and this morning brought even more. Though my ass is still dragging from that trip, I thought I’d collect some of what I liked today and leave the rest ’til sometime this weekend.

This first song is one that appeared this morning. The name is “Waiting For the Screams”, and it comes from the new album Skull Grinder by the almighty Autopsy (who I had the pleasure of seeing at California Deathfest not long ago). I’m still slobbering over Wes Benscoter’s cover art for this thing, which is one of the best in a long run of gruesome Autopsy covers.

The new song premiered over at Noisey along with an interview of Chris Reifert, which is worth reading. Killer song, too. Reifert modestly says that Autopsy really haven’t changed much of anything in the way they write and record songs since the band first started. But shit, when you can still put out something as vividly crushing and ghastly as “Waiting For the Screams”, why would you? (Awesome guitar solo in this track, too.)

Thanks to a tip from Andy Synn, I learned that Norway’s Kampfar have premiered their first official video in 21 years. It’s for the first single off the band’s new album, Profan (which Andy plans to review next week). The album will be released on November 13 by Indie Recordings (for details and purchase links, go here). The song is “Daimon”.

I’m sure Andy will have something suitably eloquent to say about the gloomy, ominous, arcane majesty of “Daimon”. All I’ll say is that it’s really good — and so is the video, which suits the music very well. 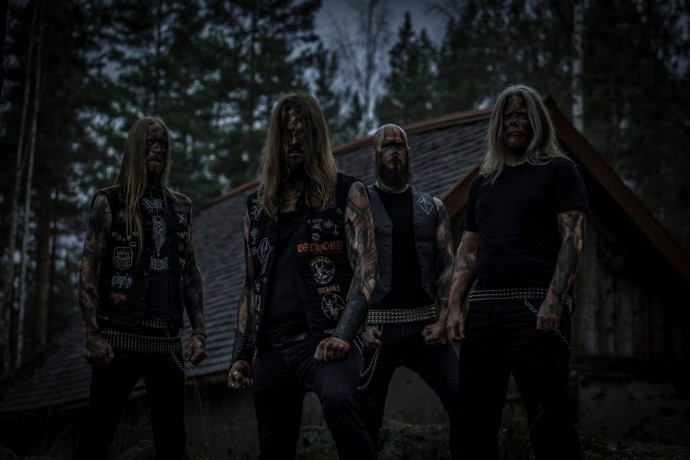 Sweden’s Ereb Altor is often characterized as a Viking metal band, and although they certainly aren’t a Bathory clone, they have drawn inspiration from Quorthon’s landmark work. So it was both fitting and very cool to see that they will be releasing an album covering seven Bathory songs.

Entitled Blot – Ilt – Taut (which is old Swedish for “Blood – Fire – Death”), it will be a vinyl + digital release via Cyclone Empire on February 26, 2016, and will consist of one song from the first release Scandinavian Metal Attack, one song from Under the Sign of the Black Mark, two tracks from Blood Fire Death, two from Hammerheart, and one from Twilight of the Gods.

Below you can check out a teaser for the album, which sounds great. I’m really eager to hear this. 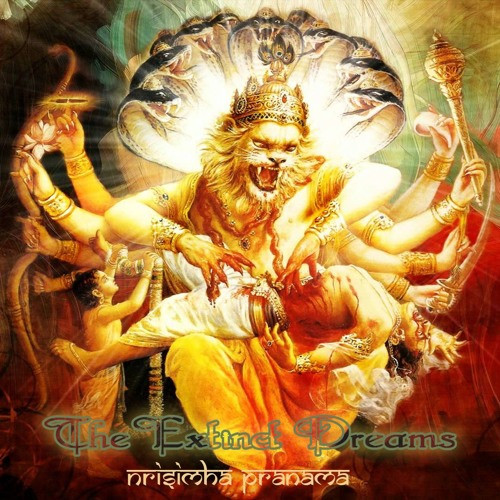 I learned about this last song thanks to a message from my friend “B” from the Siberian Russian band Station Dysthymia (among others). The name of the band is The Extinct Dreams, who are based in the city of Barnaul in Altai Krai in the Russian Federation. The song is called “Nrisimha Pranama”. It will appear on a split album entitled Metamorhosis and is described by the band as follows:

“NRISIMHA PRANAMA (also known as Narasiṁha Praṇāma) is an ancient Vedic mantra, first mentioned in Narasiṁha Purāṇa. This particular mantra is directed to Narasiṁha Deva, an avatar of Viṣṇu; it helps surmounting the obstacles on ones spiritual path. The story of Narasiṁha Deva is told in Śrīmad-Bhāgavatam (Bhāgavata Purāṇa), Canto 7, chapters 2-10.”

The music is beautiful and meditative at first, the ringing, layered guitars tracing an ethereal melody that glows. And then the band transform that melody into something that’s also heavy and aching, cloaking it in a mantle of doom. But even as the song becomes heavier and more somber, it remains beautiful and emotionally moving. And I warn you, it will be a while before the mesmerizing music leaves your head since you’ve heard it.  (The song is also an exception to our “Rule”, with strong clean vocals that suit the music very well.)