(DGR brings us this Sunday’s installment of The Rearview Mirror.)

You can likely fault this one as me being in a tech-death mood here folks. As of this writing I’m currently bashing my head against Arkaik’s latest and I think the brain-juices are starting to spill over into other things.

After the last Rearview Mirror I did, in which I took us back in time to the halcyon caveman days of 2013, I made a promise that I was going to try and live up to the rearviewmirror concept and take us further back in time. If not just to come across some underappreciated gems and also maybe cover some stuff that was super-obscure. Such is the case with today’s Rearview Mirror, for which I literally could only find ONE SONG from the band on the YouTube pages to share with people. 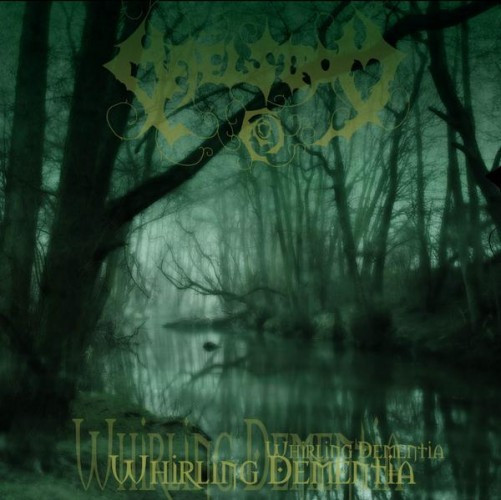 It is probably one of the most lesser-known things I have, and I came across it completely by chance as one of those bands that you randomly discover in your younger days — the other being a disc by San Francisco-based prog-rock band Magellan.

Today’s band is a group known as Maëlstrom, a name shared by no fewer than five other bands. Go figure that the name Maëlstrom would actually be kind of popular. In this case, we’re referring to the one part French, mostly Swiss, group Maëlstrom, who only have one release though the band is still listed as being active — an EP known as Whirling Dementia that saw release in either 03/04 if memory serves correctly. But first, some background.

Way back in my younger days (time to make some fuckers feel ancient round these parts), during my high school years in the mid-aughts, I had friends — I know this is shocking since a surprising number were stricly internet denizens — who were probably way more cutting-edge on the metal “scene”, so to speak, than I was and I often used them for a resource. Of course, by “scene” it mostly meant that they were prone to chasing trends, and as such, a couple of these kids were my gateway to deathcore and bands like All Shall Perish.

Whilst Maëlstrom are most certainly not deathcore, they are a tech-death band in the traditional sense, in that everything being played is just this relentless wall of sound. I bring this up because it seemed like one of the bands that the -core scene was constantly bringing up on ye olde wonder of social media known as MySpace as an influence (other than Aborted) was the band Necrophagist — one of the groups you could easily credit with causing the current tech-death explosion. As a result, I found myself devouring groups that sounded like them, and one of the bands that I came across (from which I only have two songs) was Maëlstrom. 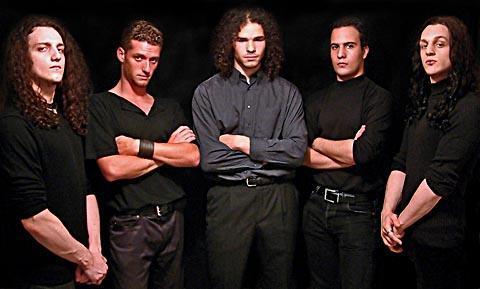 For years I literally knew nothing about this band other than the name, but my curiosity got the better of me about a year back and I wound up researching them. Maëlstrom never had another release beyond the initially impressive tech-death battering that was Whirling Dementia, but one of the band members would go on to some other interesting things. According to Metal-Archives, drummer Alex actually went on to spend some time in the group Sybreed — another favorite of mine.

Believe it or not, I was actually this way with the group Arsis for a bit, having taken a completely unsolicited and random recommendation from a gentleman on a filesharing network chatroom — to later discover it was right around the time A Celebration of Guilt hit — and it resulted in me having “Seven Whispers Fell Silent” for a few months without realizing the guys were from the East Coast. I did, however, get my shit together in time to be an Arsis fan a hell of a lot faster than it occurred to me to actually look into Maëlstrom.

So, we find ourselves doing something silly and posting only one song. But man, what a song it is. From the get-go of “Dark Conscious Gleams” you’ll notice the worming guitar riffs and the instant wall of notes right up front before the song becomes a hammering and percussive affair, in which it seems like the blast-beats of the drums dictate where the guitars go, and likewise the stuttering rhythmic vocal pattern.

It isn’t until a little after a minute in that you even seemingly get a break, but the song just as quickly sheds that and goes back into hammering guitars and drums — before then repeating the wall of notes and worming riffs that make up the intro.

You can see by listening to this song why I would later find myself wondering if the band had ever done anything else, because outside of some production issues it wouldn’t be too difficult to imagine a song like “Dark Conscious Gleams” coming out nowadays, and it was one that I had been crossing paths with time and time again since I had it.

So this Sunday, let’s take a total diversion into a band that for a long time I had absolutely zero idea about and was basically an ignorant rube with an awesome song.

Also, seriously, if anyone can find the rest of the Whirling Dementia demo, that would be amazing.

One Response to “THE REARVIEW MIRROR (MAËLSTROM)”