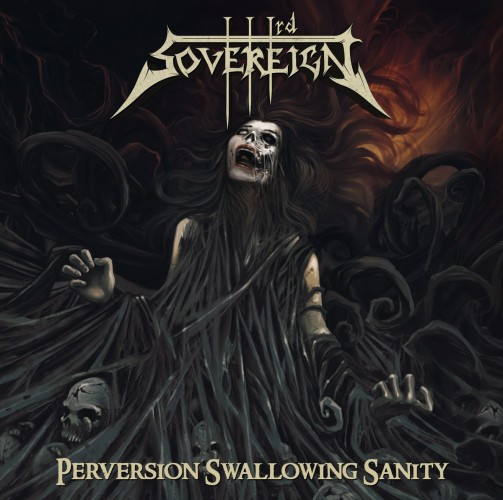 India’s Third Sovereign released their debut album Destined To Suffer eight years ago. In the intervening years, the band relocated to a remote state named Mizoram in the northeastern part of the country and have now recorded a new album named Perversion Swallowing Sanity that’s due for release by the Transcending Obscurity India label in January of the coming new year. Today we bring you the album’s opening track, a two-part manifesto named “Sakei Ai Hla / Grave of Humanity”.

The song’s exotic introductory section builds an atmosphere that’s sinister and brooding, while introducing a skull-pounding riff that then quickly accelerates into a thrashing charge of death metal ferocity. With the vocalist barking and snarling at high speed, the band inflict a sonic beating that jabs hard and fast and then rides right over the listeners’ prone bodies in a gallop. The rhythmic grooves in the song are damned infectious, and the band take the music through its dynamic paces without ever sacrificing the overarching aura of malevolence and morbidity. 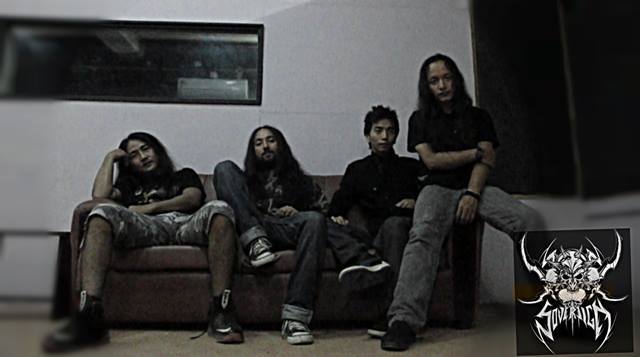 This is music made by people who clearly feel the spirit of classic death metal in their bones. Their label writes that the album “hearkens back to the era of bands like Sepultura, Monstrosity, Cannibal Corpse and Vader“, and those are all good comparisons for this song. These dudes know what they’re doing, with a clear focus on death metal in its primal state, and they do it very well.

Perversion Swallowing Sanity will be released worldwide on January 15, 2016. You can pre-order the album on CD, with a shirt, HERE or via Bandcamp. Check out the band on Facebook via this link. And this is the track list: