I wasn’t listening to underground metal in the late ’80s and early ’90s. Years later, when I began to discover what I had missed, Entombed’s Left Hand Path and Dismember’s Like An Ever Flowing Stream were among the albums that first really hooked me and started me down my own musical left hand path. Once I realized that I was at the tip of an iceberg, I began reading to try to get better educated about the early Swedish death metal scene, and it wasn’t long before I came across the name Nirvana 2002.

The band’s original name was Prophet 2002, and the members then later changed the name to Nirvana. After discovering the existence of Seattle’s Nirvana upon the release of that band’s first single, they took the “2002” from the first name of the band and tacked it onto the new one.

Nirvana 2002 were only active from 1988 to 1991, releasing a quartet of demos and a 1990 split with Appendix, Authorize, and Fallen Angel. But the band had a lot to do with establishing the signature sound of what we would now call “old school Swedish death metal”, though the school was just getting started when Nirvana 2002 were alive. Daniel Ekeroth, the author of Swedish Death Metal, wrote that they were “one of the purest examples of that typical fat Swedish death metal, with crushing guitars and straightforward song structures.” 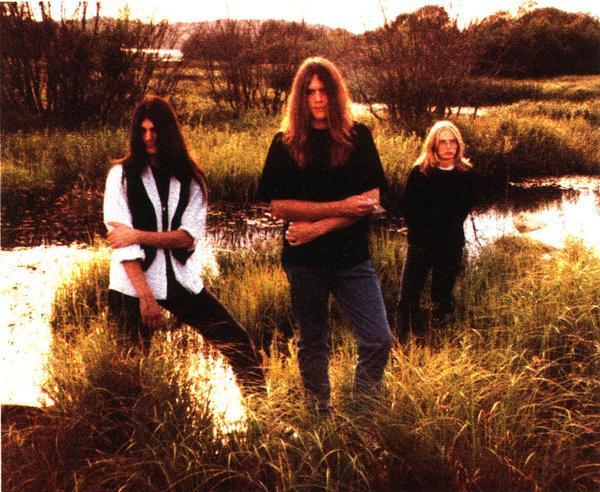 When I discovered the band’s existence, I remember that it wasn’t easy to find recordings to listen to online, much less acquire the music. But in 2009, Relapse Records released a compilation of all the band’s demo releases and rehearsal recordings, and it’s now available for download on Bandcamp (as well as on CD). The music still sounds fantastic to these ears, and so for this Sunday’s Rearview Mirror edition, I’m putting the stream of the 2009 compilation down below for your investigation.

It’s worth noting (in case you haven’t already read about this in other NCS posts) that two of Nirvana 2002’s three members — drummer Erik Qvick and bassist Lars Henriksson — have reunited to form Under the Church (along with vocalist Mik Annetts), with Qvick on guitars as well. KevinP named their debut album Rabid Armageddon one of last month’s Top 5 releases, and in case you haven’t discovered it yet, I’m embedding a stream of that album below as well. It’s really good.