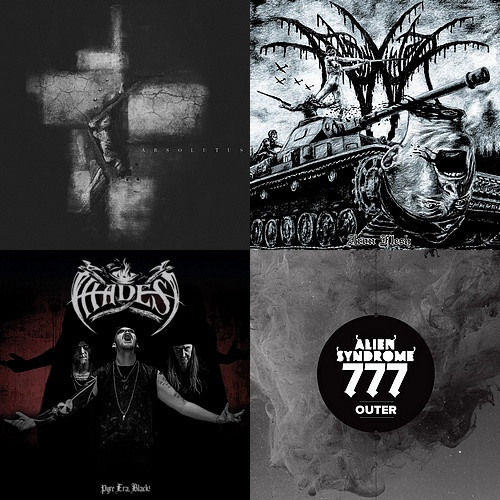 With Islander back in the saddle, I felt no hurry to complete this fourth part of Beneath the NCS Radar.

This was initially intended as the last episode of the series, but then the producers decided to give Season 2 a chance. I’ve discovered more music that deserves a larger audience. This leaves me with a question, though.

If this were to become a regular feature, the name would sort of bite its own shiny metal ass. If it’s presented on NSC, than it’s no longer off the NCS radar, and thus the very title becomes contradictory. Perhaps this minute dilemma is so
small it is negligible. Moving on… 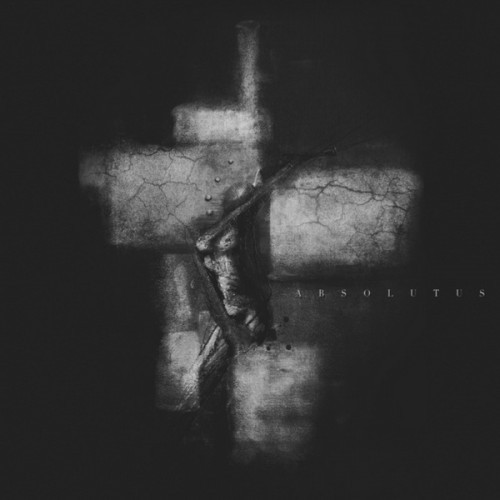 A new acquaintance for me once again, this time in the form of a Belgian duo accompanied by a “support person”. Abstrusus takes care of vocals and guitar, S.P. handles bass, while Jonas Sanders works as session drummer.

The band’s been active for more than ten years, and has got one album and an EP on their conscience. Pugnare… was apparently released independently a few months ago, but now Heiden Hart Records has picked it up and hereby releases it in cooperation with Vapula, Wolfmond, and Abstruce Eerie Radiance Prod.

Absolutus thrive on black trails. This thorny left hand path, along ominous silhouettes of dead and crippled trees, is however illuminated by Lucifer’s lantern, and a glowing, swirling lava vortex.

With Satan’s foul sulfur-breath down the neck, the journey sets off into the night and into the underworld. Guitars howl and screech like old mine cars on worn rail tracks. The bass throws hollow echoes in the tunnel shaft. The vocals, obsessed by
the beast, leads the seance as a natural born manipulator. The drum skin is whipped to blood by intricate patterns of ancient incantations. Mesmerizing. Diabolical.

The ritual doesn’t last for much more than half an hour. But of course that doesn’t matter as long as the tour brings a taste for more. And it does. As soon as the roller coaster reach the surface again, and I’ve finished vomiting, I get back in line
for another round.

To cut the flow of praise from your humble serpentine preacher… Absolutus might not necessarily do things better than other malignant souls on the same night-train, but the Belgians deliver solid hellfire that doesn’t come short compared to others. If the description sounds tempting, I have a strong suspicion the music will too. 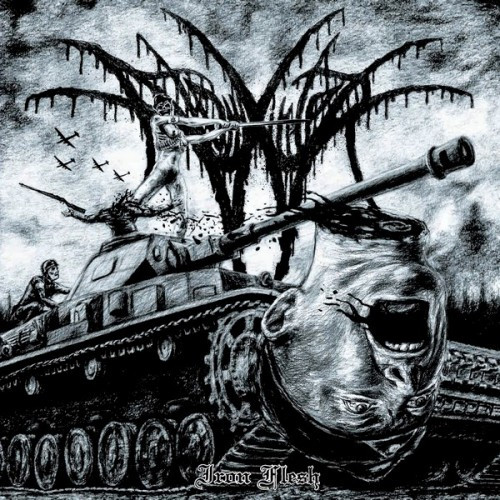 In 2010, four Germans with long experience from other constellations came together to make something different. Similar to a band like Demonical, the Germans perform forceful vintage death metal with quite visible parallels to a diabolical black sphere.

Purely technically, the music is firmly rooted in the realm of the dead, but the metal has dark moods that are easily associated with black metal.

With groovy pace the quartet plow through nine songs in just over half an hour. Despite short tracks they’ve found room for lots of juicy sounding brutal eeriness and adequate amounts of variation.

The originality within a “drained” genre can of course be debated, but when the band writes tough songs and the quality of both effort and sound fall to my taste, than I’m definitively satisfied, and that’s all I ask for.

The video for “Purify the Spawn” will show you what I mean. 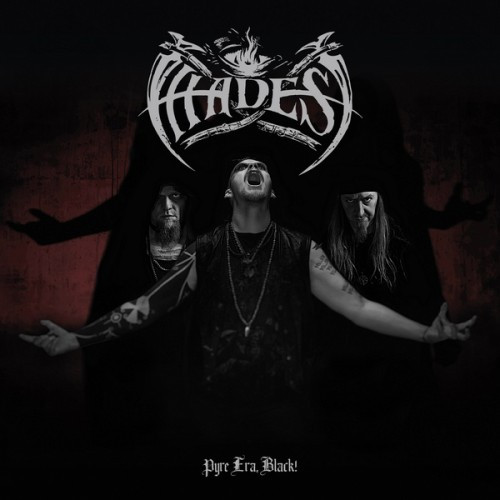 Always pleasant Jørn of Hades Almighty has on a couple of occasions assured me that work on new material was in progress, but Chinese democracy keeps dragging out. It might not have been easy to find a replacement for vocalist and bassist Janto. After all, the trio Jørn, Janto, and Remi have stuck together as an unholy trinity for 17 years.

Still, it wasn’t until last year that the front-man handed in his badge and service weapons, and now that the band finally is back in the saddle again, I had hoped for more than three tracks. Fortunately, they are just warming up. When the machinery is put in motion as much as 14 years after The Pulse of Decay, it will not lose momentum any time soon. (Make sure you hear the intro and the first song following that link). Moreover, the three tracks that this tunnel-boring machine moves on clock in at as much as 18 minutes, and so fans will have something to sink their teeth into anyway. (For some reason, folks from Seattle might not be so impressed with that TBM allegory. If you look like a question mark right now, try googling the words Bertha and Seattle).

New vocalist is Ask Ty, who also does some vocals and superb drum work on Kampfar‘s latest opus. His vocal screams, snarls, hisses, and bellows are in animalistic manners, while the words are still quite easily deciphered. I see no reason to make an extensive comparison with Janto. Ask‘s voice suits a band that has evolved further.

The music has something in common with the last album, but still stands out from previous exploits. Where Pulse… had a more galloping, chasing touch, this is more soaring, without hovering off into the sky like helium balloons for that reason.
With Bergen’s undisputed reptile king (Remi is the “snake and croc-chief” at the Bergen aquarium) behind the drums, earthy bombastic rhythms drag the music in a direction of primitive rituals performed by indigenous people with simple, open minds, not contaminated by civilization and modern culture. They see stars where we pollute the night sky with electronic lighting. They have kept in touch with the primordial instinct, the ancient shamanic traditions and forgotten idols from the dawn of time, whereas modern man chases the minute hand in perpetual search for life in the moment.

The sound that well-versed scholars provide is naturally raised far above demo level. This sounds distinct and comfortable regardless of how low or loud the volume is turned.

Almighty Hades takes a step back and two forward as they look back to proto black metal, and build upon it with melodic, atmospheric, and contemporary means. This is an ethereal journey without physical laws and limits, whether you get a glimpse
of Norse or Greek gods in your delirium.

The only thing that remains is to wish Hades Almighty welcome back! A new full-length album is scheduled for release next year. 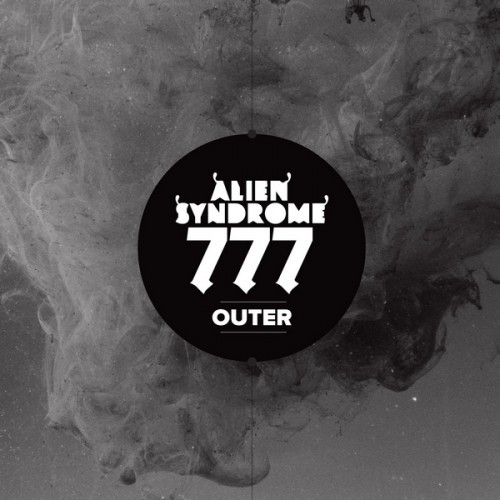 The industrial part of black metal is not the one I know best, so I’ll avoid referring to too many relatives. Still, one of the most obvious references, compatriots Aborym, may as well be mentioned even if the expression ain’t all that similar.

Even if Outer is not quite as clinically intense and inhumane as Mysticum‘s Planet Satan, 30 minutes still feels like a decent dose in a virtual journey characterized by synthetic surroundings.

The sci-fi-tasting samples apparently seem to live their own autonomous nano-technological life with instinctive protocols for constant wireless communication, and piezoelectric actuators and indicators that bleep, tick, ring, buzz, and flash. It seems the chance of finding organic matter would be higher on the International Space Station.

Along with alien, psychedelic, and disturbing moods of inhuman nature we receive sociopathic black metal with equally eerie surgical precision.

Cold melodies and moods do their best to preserve a minimum of human characteristics in a lifeless universe. Some clean vocals offer a hint of human recognition, as these may provide some Enslaved vibes.

Whether Alien Syndrome 777‘s inherent nature is of organic flesh or mechanical pneumatics, one can only speculate. Their Outer unfolds in a remote and bleak future, but is nevertheless highly fascinating and a bit addictive. Strong début!

Outer was released by Avantgarde Music on October 25th.

I’m quite sure there are close to 20 full-length releases each and every day on average (Metal Archives currently has 6,579 such entries for 2014, that’s 18 pr day). This means that most of them fly by most of us. Sure, there’s likely a whole lot of homemade crap amongst it, but we are all missing out on some genuinely supreme stuff as well. What a dreary thought that is.

Do YOU, dear reader know of recent releases that other NCS readers wouldn’t want to miss out on? I want you to share your findings with others in the commentary field below!

And if anyone has a comment to the name thing, feel free to share your thoughts on that as well.

[Editor’s Afterword:  Your humble editor hopes you readers will encourage Gorger to forge ahead with this very entertaining series, whether under the same banner or a new one.]

9 Responses to “BENEATH THE NCS RADAR (PART 4)”