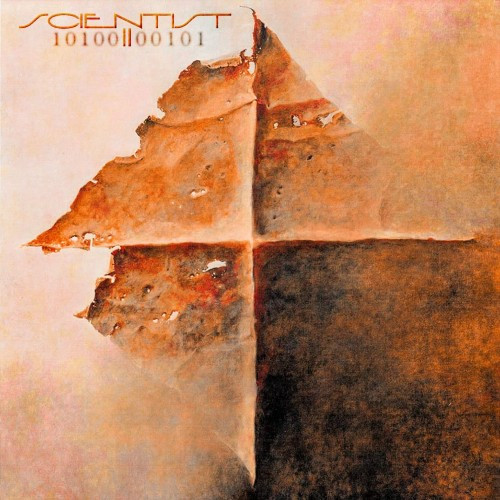 The experimental, Chicago-based metal band Scientist have recorded a follow-up to their self-titled debut album. This new album includes more vocals than the debut (contributed in part by some notable guests), but that doesn’t mean the music is any more conventional. It simply adds more dimensions to music that is still fascinatingly difficult to pin down.

The album’s title is 10100II00101, and it’s scheduled for digital and CD release on December 11 (with vinyl coming later from Hell Comes Home). For those who haven’t yet encountered Scientist, it’s the collaborative vehicle of these talented musicians: guitarist, vocalist, and founder Eric Plonka (Yakuza), guitarist/vocalist Patrick Auclair (Taken By The Sun), drummer Justin Cape (Taken By The Sun), and bassist Mathew Milligan (Making Ghosts). 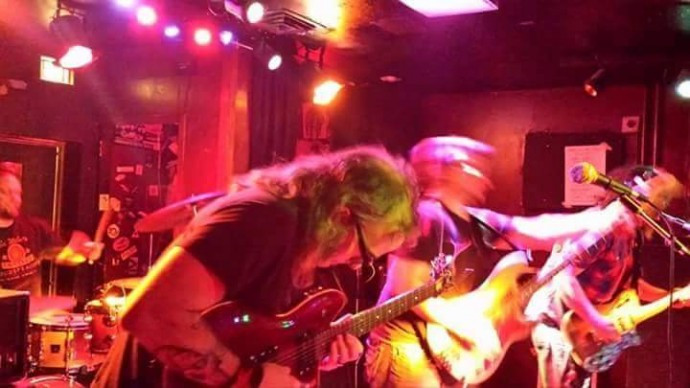 This big collection of names got me very interested in the album before I heard a note, based on what each of them have done in the past through other projects, and perhaps they will have that effect on you, too. But what does the music sound like?

Well, we have the premiere of one song for you, a track named “The Lighthouse“, and it’s not easy to sum up — which is a big part of its attraction. It includes angular, dissonant guitar leads; fat, fuzz-bombed bass notes; interesting, off-kilter drum rhythms; rapidly jabbing riffs; a couple of very sweet guitar solos; gossamer spinnakers of melody that catch the wind and billow; and brute-force pounding heavy enough to fracture cement (there’s a dark undercurrent in the song from the beginning, but the blackness explodes in all its might at the end).

The vocal variety in the song is also one of its real strengths, with pure, clean vocals (by Anthony Cwan) carrying the song’s most pleasing melody and an array of harsh vocals providing a savage counterpoint.

I confess that most of the time when I see the word “experimental” in front of “metal”, I grit my teeth, preparing for some kind of formless and unmemorable cacophony that isn’t likely to hold the interest for very long. But this… this is a VERY tantalizing teaser for the new album. Anxious to hear what else these folks have concocted.

10100II00101 will be released on CD and digitally via the band’s official Bandcamp page on December 11, 2015 and on double LP via Hell Comes Home Records sometime next year.

8 Responses to “AN NCS PREMIERE: SCIENTIST — “THE LIGHTHOUSE””