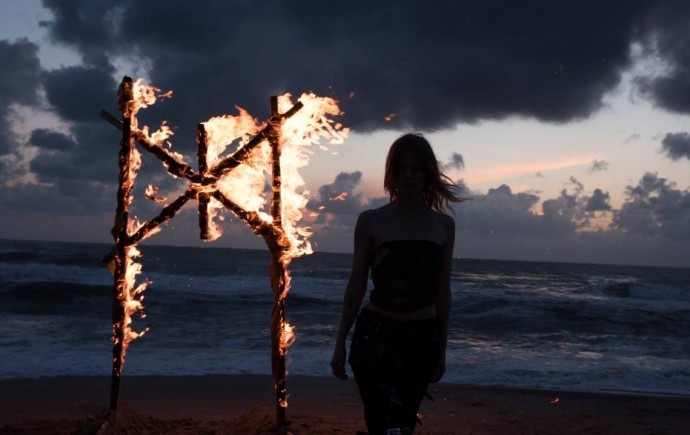 Every year there seem to be one or two metal albums that become particular lightning rods of controversy. This year Myrkur’s debut album M was one of those. On the one hand, it has drawn praise — for example, it has just appeared in the Number 28 spot on DECIBEL magazine’s list of the Top 40 Albums of 2015, described as “a collage of icy vibes”, “haunted by demons and angels alike”, “true extreme metal, not intended for the weak, -hearted or -minded”. On the other hand, it has been the target of unpleasant assaults by various devotees of underground black metal who seem upset to the point of resentment by the attention it has garnered.

Well, the point of this feature really isn’t to rekindle that debate, it’s to share a video that’s an example of the positive interactions that can happen between musicians and their fans — a kind of feedback loop in which each inspires the other. It’s far from the only example, of course, but it seemed to me one worth spreading around. 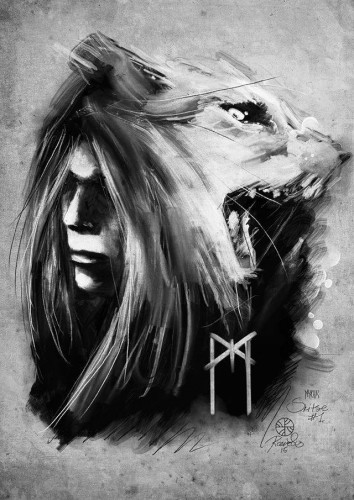 Our putrid site might seem an odd place for this premiere — much of the black metal we cover tends to be more unremittingly savage, esoteric, and unnerving, haunted by demons but with few angels in the vicinity. And Myrkur violates that not-always-strict rule enshrined in our site’s name (Amelie Bruun’s clean singing voice is one of her signal strengths — though she can shriek and snarl with conviction as well).

But I have enjoyed M, and I also thought the message in this video was a good reminder: Finding the personal strength to continue making music in such a relatively small and unremunerative genre as extreme metal is hard as hell for almost all artists. No one worth their salt does it for money or fame; most do it for themselves (often because they’ll go crazy if they don’t). That can be a very lonely, frustrating, and depressing endeavor, and it means a lot when people for whom your music really means something return the favor. When the favor of art is returned with art, that seems especially cool.

In addition to the video, I’m including below a recent single that Myrkur recorded for the Adult Swim singles series, because we managed to overlook it when it was originally released in September. The title is “Den Lille Piges Død (The Little Girl’s Death)”, and it’s now available on Bandcamp. It’s chilling — beautiful, bereft, and barbarous.

11 Responses to “AN NCS PREMIERE: MYRKUR TALKS FAN ART (PLUS SOME RECENT MUSIC)”