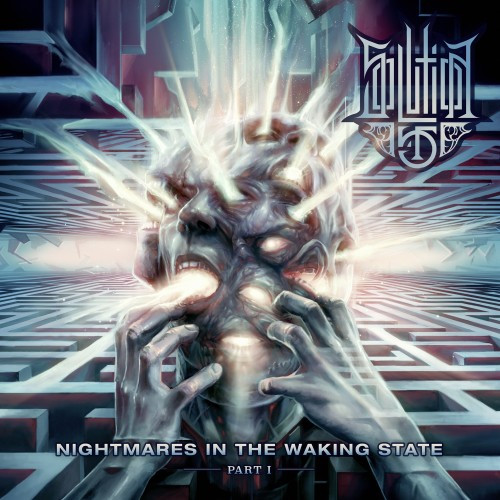 I’d be rather curious to see a proverbial show of hands in the comments on the question of who still gives a shit about Christian Älvestam metal. The guy, despite having been regarded as one of the “it” vocalists of modern metal’s evolution, seems to have a loyal underground fanbase and not much more these days. I’m not sure if it’s the fact that his bands have all been a spin on the same sound in some fashion or another (including even his Unmoored-to-Scar-Symmetry transition if you look at Unmoored’s last album) and I could see or imagine that for some people it just got really old.

It’s only been recently that he, along with his cohorts in his various bands, most notably showed an effort to branch away from this with Miseration’s last album, which was a full-on death metal record with an oddly peculiar attack. Solution .45, though, with their debut For Aeons Past showed themselves to be a culmination of every single facet of the bands with Älvestam at the helm, and also the closest you could get to Scar Symmetry for sure. There were shades of them in the record, as well as Unmoored and Miseration, and overall the album was really solid, although I found myself taking more of a liking to what Scar Symmetry was doing after his departure. 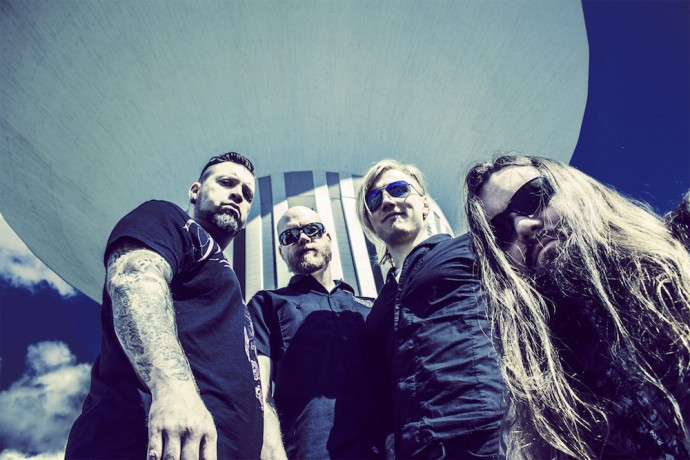 Nightmares In The Waking State – Part I is the band’s first album in five years, and it faces the inevitability of being put up against Scar Symmetry. The comparison is inevitable, whether you like it or not, and it’s a heavy burden, given that if Scar Symmetry ever legitimized themselves post-Älvestam, it was with the killer knockout that they delivered on their last record The Singularity: Neohumanity Phase 1. It doesn’t help that both records, if this album’s name indicates anything, are opening parts of a series of albums. The thing is, the album is excellent. I’m just curious whether or not Scar Symmetry will still overshadow it in the public eye.

The music follows the standard Älvestam-fronted band blueprint — 7- or 8-string guitars using driving, to-the-point riffs that hit like an iceberg falling from the sky and reach peak points of catchiness; his trademark dimension-swallowing gutturals and pop-yet-soulful clean vocals with quite a bit of diversity; guitar virtuosity; and progressive inclinations in the songwriting. Whereas Miseration’s Tragedy Has Spoken was an exercise in pushing the envelope a bit, this album feels like more of an attempt to produce a seriously quality pop-yet-death-yet-ambitious record, one that checks all the boxes for fans of this kind of melodic death metal.

You’ve got songs like “Wanderer from the Fold”, “Perfecting the Void”, and “Second To None” that are battle tanks that run over you, counterbalanced by ballads, more melodic or progressive songs like “Winning Where Losing Is All”, “Targeting Blaze”, or “Bleed Heavens Dry”. The album is capped off with an epic progressive number, “I, Nemesis”, which clocks in at over eleven minutes in an out-of-character attempt at an almost sci-fi doom kind of deal. It’s the best song on the album if you ask me.

As far as melodic death metal this year goes, this is pretty top tier. Definitely recommend you check this out.

Nightmares In The Waking State – Part I features cover art by Par Olofsson and it’s available on CD here and on vinyl here, as well as digitally via iTunes.