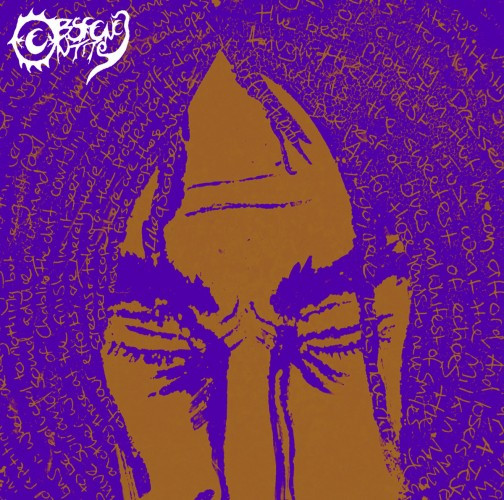 The East Anglian region of the UK is home to Obscene Entity. Tomorrow (November 27) is the day appointed for the release of their debut album Lamentia by Tridoid Records, and today we bring you the premiere of a full stream of the album.

Lamentia follows the band’s 2012 self-titled EP, and it’s described as “a loosely-based concept album of the fragility of the human mind and states of psychosis experienced through both subjection and self-infliction”.

There is indeed a psychotic quality to the music, which combines elements of death metal, black metal, and grind to produce a harrowing flood of ferocity. The band ratchet the tension through an array of needling riffs, punishing drums, and wild, bestial shrieks and howls. When the tension breaks (and it doesn’t break often), it often happens in a catharsis of violence.

The music is also technically impressive, with rapidly changing tempos and rhythms, yet these fast-moving variations don’t disturb the cohesiveness of the songs, but rather reinforce the unsettling atmosphere of the music and enhance its reptilian magnetism.

The music also includes bone-jarring grooves, often delivered at a lightning-fast pace, with ominous melodic overtones that have a tendency to extend their slithering tendrils into your head and stay there even after the album’s disorienting attack has spent itself.

The album also includes some surprising (and welcome) interludes, mesmerizing pauses in the blitzkrieg, just long enough for you to catch your breath and begin hallucinating before the head-spinning violence resumes.

The members of Obscene Entity are:

The album was recorded with Steve Long and was mixed and mastered by Dan Abela (Voices, Antichrist Imperium). The cover art was created by Luke Braddick. The album is available for pre-order now (CD and digitally) via the Bandcamp page linked below: