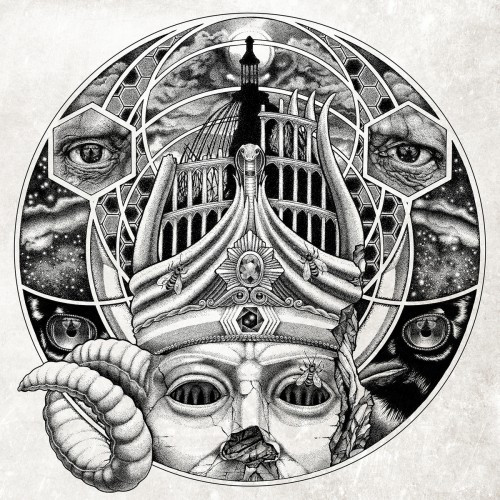 The word “technical” is a frequently used word in the community of extreme metal. It seems to be used most often to describe the rendering of notes (or beats) at high speed and with impressive physical dexterity. But while those skills may be worth admiring for what they are, we all know that technical skill alone does not mean that the music it serves is worth applauding as a work of art. Even when that kind of flash-bang athleticism is employed creatively in songs that follow inventive, non-linear trajectories, it can still leave listeners cold. There is, after all, a lot of impressive mechanical frenzy in a washing machine with a busted counterweight, but your first impulse is to pull the plug as fast as possible.

However, when technical skill goes beyond even top-shelf levels of physical adroitness, when the musicians seem to have such an intuitive and deeply understood feel for their instruments, and when that kind of intimate mastery is joined with imagination, stylistic diversity, and a skill at songcraft that matches the performance techniques, then you get something really special. And that’s what Antlion have achieved with their debut album, The Prescient.

Antlion come from Ottawa, Ontario, Canada. I don’t know to what extent the four members played in other bands before this one, but the relative newness of the group simply makes what they’ve done all the more impressive. In fact, the album is so impressive that I’m afraid I will be unleashing an excess of metaphors in attempting to describe it, because I don’t know any other way to try to capture the music in words. It’s so good that you have to wonder, “where in the world can they possibly go from here?”

Based on an interview I read, the band apparently chose the name “Antlion“, not because it had any particular connection to their sound but because they thought it sounded cool (the idea came from the video game series Half Life). But I do think the name has a connection to the music, even if unintentionally: At times, it has an insectile quality (reminiscent of Blotted Science, for example) — skittering, dissonant, and hyperactive. But like an ant colony, the music isn’t chaotic or haphazard; every action has a purpose. Though the songs are complex and highly variable in their tempos and moods, the musicians are tightly integrated, beautifully coordinated, and precisely focused in their elaborate mission.

On the other hand, the music can be very heavy. When it’s not playful, or rearranging your brain according to an intricate blueprint, or flowing with the richness and warmth of honey, it’s roaring. When the bass isn’t cavorting in nimble leaps and bounds, it’s clanging with atonal force, like the sound of a giant beating a concrete pillar with a fistful of rebar. When drummer Arend Nijhuis isn’t laying down inventive drum-and-cymbal progressions, he’s shooting bullets at the speed of an automatic weapon. And bassist Adam Pell’s vocals are roaring just about all the time, even when he’s ejecting the words in a rush, like a death metal scat singer. 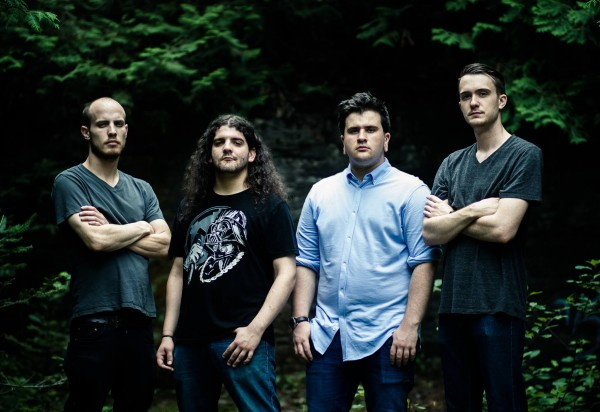 But those insectile and brute-force qualities of the music don’t exhaust all of its kaleidoscopic colors and angles. The music is strongly influenced by jazz fusion, with cool, clean, reverberating lead guitar melodies and funky bass lines appearing without warning and then disappearing in the blink of an eye, to be replaced by something else you didn’t see coming. And as hinted at above, the songs also include segments of beautiful, flowing melody that amazingly don’t seem out of place. There are even some deft additions of ambient keyboards, to add further texture and atmosphere to the music — and the sublime little piano piece at the album’s close is yet another ingenious touch that works as well as every other fine nuance in the album.

All of the musicians in Antlion deserve a deep bow, but the guitar tandem of Shane Williams and Joe Kruger are especially deserving of recognition. They seem tremendously capable at a variety of playing styles and techniques, able to coax a broad array of tones from their instruments, and so closely harnessed together that they seem to be halves of a single mind.

So, to return to where I began: The Prescient is a very impressive album that’s not only technically masterful, it’s an absolute joy to hear — exuberant, fascinating, and remarkably cohesive despite its mind-bending intricacy and its propensity for shape-shifting. Hope you dig this as much as I have.

The Prescient was produced by Antlion, mixed and mastered by Zack Ohren, and recorded by the band’s drummer Arend Nijhuis. The album art is by Chris Volion. It’s available both as a reasonably priced download and on CD at Bandcamp (cool shirts there, too).

P.S. Thanks to both my erstwhile NCS comrade Austin Weber (who premiered a stream of the album at Metal Injection) and to a certain Dutch writer who prefers to remain anonymous for turning me on to this album.

9 Responses to “ANTLION: “THE PRESCIENT””