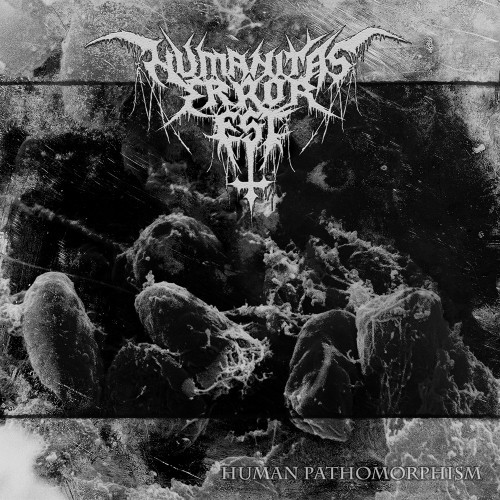 Human Pathomorphism is the debut album by the German black metal horde Humanitas Error Est, and it’s set for release on January 11, 2016, by the unholy quartet of Satanath Records (Russia), The Black Plague (U.S.), Abstruse Eerie Radiance (Belgium), and The True Plague (U.S.). Today we present the exclusive premiere of a track from the album named “Quod Homo Apellatur Morbus Est“.

Few people alive can tell you what it’s like to be caught up in a cyclone, but you can imagine that experience when you listen to this song — except in this case it’s more like being whipped around in a tornado of flame and knives. 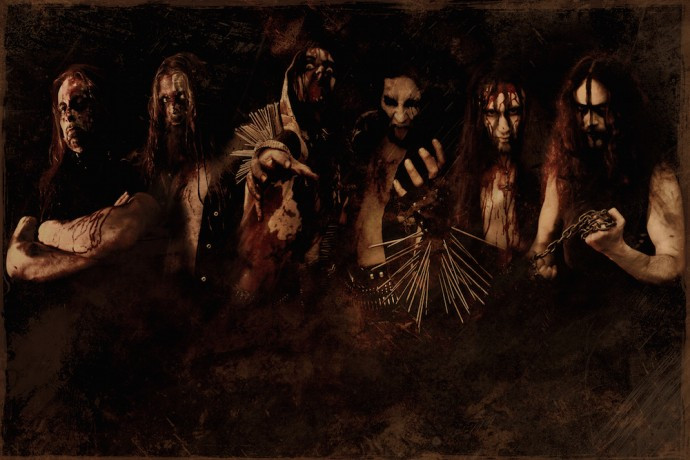 This is savage, war-like black metal that explodes at high speed from the very beginning and never relents, propelled by an absolutely furious drum performance. As you will guess from what I’ve written so far, the riffs in the song slash like blades, but they are as highly infectious as they are barbaric. And to cap off this torrent of electrifying music, you get the poisonous excretion of an unhinged tandem of vocalists, one male and one female and both convincingly demonic.

To boil this boiling song down to a single word, it fuckingrips (and yeah, you can read that in two ways, and both are true).

A teaser for Human Pathomorphism debuted last month, and to give you a further taste of the album’s savagery I’ve included a stream of that below our premiere of this new song.