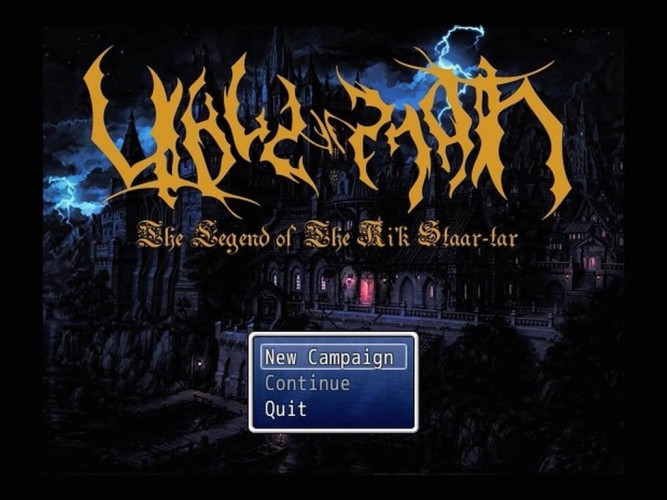 Back in 2011, a little-known band from Colorado called Vale Of Pnath dropped a monster of a debut full-length through Willowtip Records named The Prodigal Empire. With the passage of time, The Prodigal Empire has been rightly lauded as top-tier technical death metal music that fans of the genre hold dear. In the years following its release the band has lost and gained various members, which has unfortunately delayed the release of a follow-up from the group.

Now that 2015 draws to a close, the band have recently started a Kickstarter campaign to help them raise the funds necessary to complete the recording of their upcoming as-of-yet-untitled sophomore full-length. While they are still signed to Willowtip Records, their label is only capable of funding about half the costs for it. So that’s where fans of the band come in, to help make it a feasible financial reality for the band to release the album as soon as possible.

The usual bevy of Kickstarter perks and packages are available on offer for those willing to help fund it. And the band clearly spent a lot of time developing an RPG-videogame-inspired video to announce their aims, which I and many others have been quite amused by. If for some reason you’ve never heard of them, check out The Prodigal Empire below and then head over to their Kickstarter to get in on the next release.

And of course, watch the video.

Blackhearts is the name of a feature-length documentary film project that’s the subject of the next fundraising campaign we’re spotlighting. The movie follows three black metal fans and musicians from Iran, Columbia, and Greece as they travel to Norway and explore the birthplace of the music that drives their passion.

The filmmakers started work back in 2011 and have now completed all of the filming. But they are now trying to raise money to complete the post-production work (film editing, sound design, color-grading, etc.).

The perks offered to contributors are distinctive. They include items donated by members of Mayhem, Darkthrone, Enslaved, Thorns, Satyricon, Emperor, Keep of Kalessin, and more.

There are only 15 days left in the Indiegogo campaign, and at this writing the band have raised about $4,400 of their $15,000 goal. To learn more about the campaign, go here:

In following video, you can see an excerpt from Blackhearts, which depicts a ceremony by members of the Columbian black metal band Luciferian after they have discussed their minimal chances of getting visas to travel from Colombia to Norway: 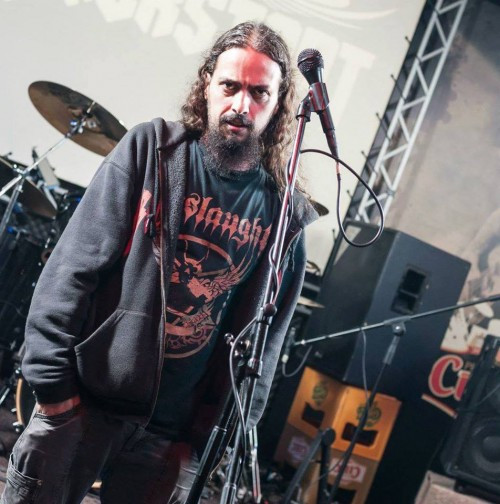 This last item is different from the first two. Unfortunately, it concerns a problem that’s also all too common in the community of metal, as musicians, fans, and others associated with the scene are struck down by illness or accident with no money to pay for their care. The problem is compounded by the fact that most fans of extreme music aren’t exactly rolling in big piles of cash that they can use for donations either.

I learned of what has befallen Mihai “Coro” Caraveteanu (Axa Valaha Productions) through both a message from an acquaintance in the Romanian metal scene and a post by graphic artist and musician Costin Chioreanu on Facebook. I’ll quote from that post:

Mihai “Coro” Caraveteanu is the first guy who trusted my skills back in 2003, when I met him after I founded my design studio, Twilight13media. He was my first client here, being manager for several local bands at that time and booking agent for concerts in Romania or abroad. Years passed and we become very close friends, helping each other for many many times. So is pointless to express how close to my heart this guy really is, mostly now when our scene got hyper divided into small groups of futile interests.

Unfortunatelly, my old friend got a serious problem. On Saturday, November 21, Coro suffered a cerebral hemorrhage and now he is at the Floreasca Hospital, in Bucharest. As the hemorrhage seems that finally stop, he is now going through a complex treatment and close investigation. He is conscious but cannot be visited and will remain at the intensive care unit for an unknown period of time. Mihai’s recuperation takes an undetermined amount of time, while he will not be able to work and will have to avoid any stress factors. Those who want to help him can donate any amount of money by using his girlfriend’s bank account. She stands by him together with his family and their close friends.

For those interested in helping, donations can be placed via PayPal using this address:

I think one reason this particular story gripped me is that my own brother nearly died of a cerebral hemorrhage — his recovery was very long and very painful, though he eventually recovered completely.  Although our mission here isn’t really to help spread the word about all needs such as this one, it doesn’t mean we can’t do it every now and then — and so I have.

One Response to “FUNDRAISERS: VALE OF PNATH, BLACKHEARTS, MIHAI CARAVETEANU”