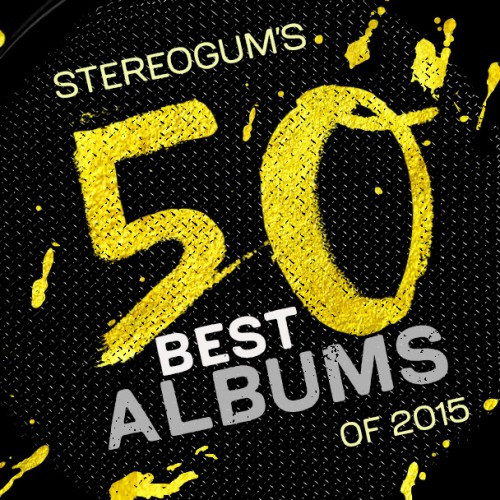 As part of our year-end LISTMANIA series, we bring you lists of the year’s best metal from a few print zines with wide circulation and from some cross-genre web platforms that get orders-of-magnitude more eyeballs than we do. In the case of most of these other lists, we do this as a way of peaking at what the wider world sees, since our world is very narrow and subterranean. In this post, we’re looking at Stereogum, Rolling Stone, and SPIN. It won’t take you long to read the metal names on these lists.

Stereogum is a music web site founded in 2002. It’s part of the same SPINMusic network that includes the SPIN webzine (featured at the end of this post) and Brooklyn Vegan, among other music-oriented sites. SpinMusic says that Stereogum reaches more than 700,000 music fans a month.

In past years, Stereogum has published a list of the year’s best metal albums, and I assume that will happen again this year — and we’ll pay attention to that, because their staff of metal writers is a good one. But last week Stereogum rolled out its list of The 50 Best Albums of 2015 — not limited to metal. I perused the list in an effort to spot metal names, and below I’m listing what I found, along with their placement in the overall list.

24. Tribulation – Children of the Night

It’s not surprising that there are so few names. This list, after all, was designed for the eyes of Stereogum’s general readership, and so it’s going to be compiled to appeal to the site’s general demographic. I take some perverse comfort in the fact that only 6% of the list is metal. 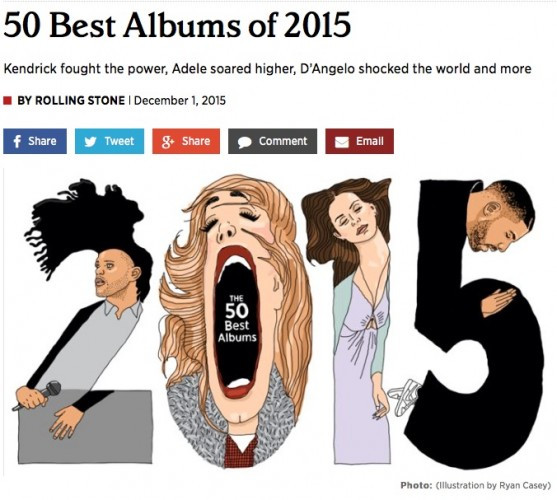 Last week, the venerable Rolling Stone magazine posted on their web site a list of the 50 Best Albums of 2015. This list isn’t limited to metal. In past years, Rolling Stone has published a separate list of the year’s best metal, but I’m not sure if they will do that this year. So what I did was to scroll through that “50 Best” list and carve out the metal names, which I’m listing below along with their rank on the list.

The full article appears here, with accompanying explanations for the choices:

Yup, that was it. 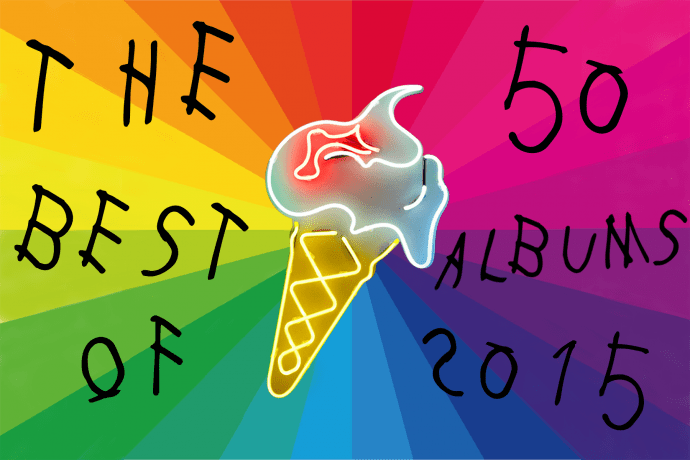 Last week SPIN also published a list of The 50 Best Albums of 2015. SPIN used to be a print magazine from 1985 – 2012 but now currently runs as a webzine. Last year they published a list of the year’s 20 Best Metal Albums (introduced by Kim Kelly), but again, I’m not sure that’s happening this year. So, as in the case of Rolling Stone’s list, I went through SPIN’s list and sifted out the metal names, which you can see below.

To take a gander at the full list, go here:

What an odd selection. I’m not surprised to see Deafheaven, since they’ve already proven to be darlings of sites and zines that aren’t limited to metal. But Krallice? I’m a big fan of Ygg Huur, but this has the aroma of a selection intended to prove that the editors of SPIN can get underground. Oh well, if it helps Krallice, I’m all for that.