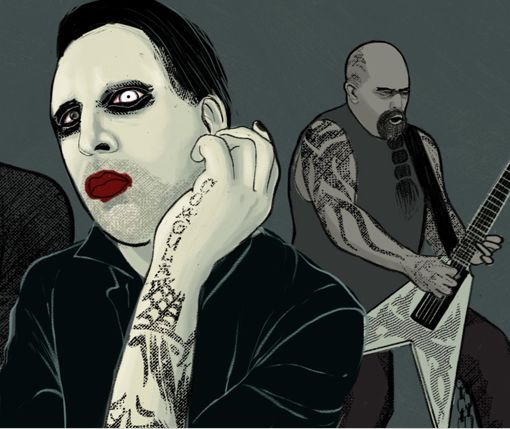 As part of our continuing effort to bring you year-end “best of” lists published by selected print zines and “big platform” web sites, today we’re re-posting Rolling Stone magazine’s list of the “20 Best Metal Albums of 2015“, which has just appeared.

You may remember that not long ago we identified the lone metal album that appeared in Rolling Stone’s overall list of the 50 Best Albums of 2015. But this list is a metal-only list, and it’s obviously a much bigger collection of names. Here’s the list:

I can’t say I’m surprised by most of this list. It’s not as extreme or as underground as my own list would be (if I could be bothered to make one), but I don’t really consider Rolling Stone a go-to source of metal recommendations. On the other hand,  I sure as hell didn’t anticipate that Leviathan, Revenge or Cloud Rat would be on here, and I was happy to see those names — and it’s also nice to see Tau Cross getting a high ranking, because I really do like that album and it’s not getting a lot of attention in most of these broader-audience publications.

I want to scoff at the naming of Marilyn Manson as album of the year, but I haven’t heard it, so I guess I should juat shut up about that.

Also, who or what is Metz?  (serious question)

To read the descriptions for these picks, go here: