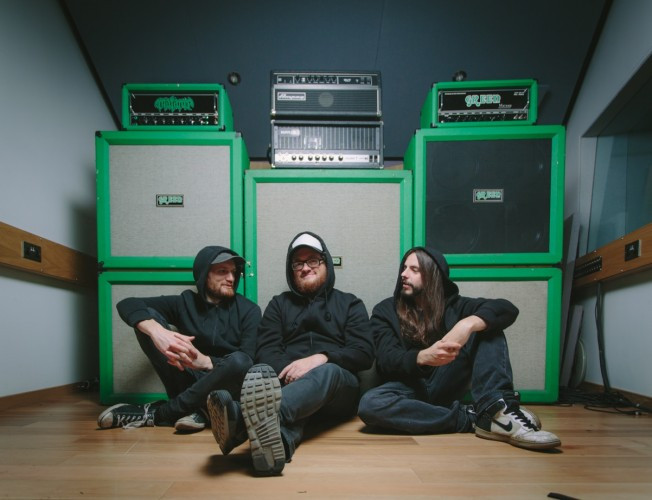 They look so friendly, don’t they? Sitting there in front of that wall of green as if they hadn’t a care in the world. But once they put their game faces on, crank the power, and begin dropping riffs and drum beats as big as meteor strikes, it’s a different story.

I’m a relative latecomer to Conan. What really sold me was their performance at last May’s Maryland Deathfest. It may have been the heaviest set I saw at the whole festival. I certainly can’t remember any other band that delivered a more pulverizing performance. By the time they finished, I think I had something like the concert-goer’s version of PTSD. My teeth vibrate just thinking about it again.

They’ve called their music “Caveman Battle Doom”, and they’re right in this sense — Conan’s music exerts a primal appeal, as if they’ve figured out how to wake up elements of our DNA that have been dormant since the last ice age. Their new album is named Revengeance, and it’s set for release on January 29 by Napalm Records. Today we bring you the premiere of a lyric video for the album’s title track. 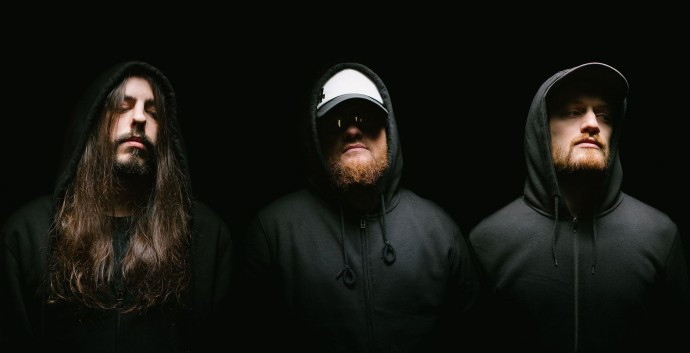 Conan with their game faces on.

Some of you may remember that I noticed a stream of this song had appeared under mysterious circumstances on YouTube last weekend and I included it in a round-up of new music at this site. I’m still not sure of the provenance of the stream, and it apparently isn’t accessible on many geographic regions — but what we have for you today is an official release.

The video is candy for the eyes, because it features the fantastic cover art for Revengeance — this:

And as for the lyrically nihilistic music, it rumbles, it rolls, it hammers with vicious intent. It’s a neck-snapper at the start and then transforms into a cataclysmic dirge, the band seemingly intent on methodically smashing the bones of their listeners into a fine dust. In a penetrating wail, Jon Davis tells us we all are nothing, and the music backs him up.

This new album in Conan‘s first release with producer Chris Fielding appearing on bass and vocals, along with drummer Rich Lewis and founding guitarist/vocalist Jon Davis. Revengeance can be pre-ordered here:

And you can follow Conan on the web at these locations:

And now, gird your loins for battle and turn the volume up: