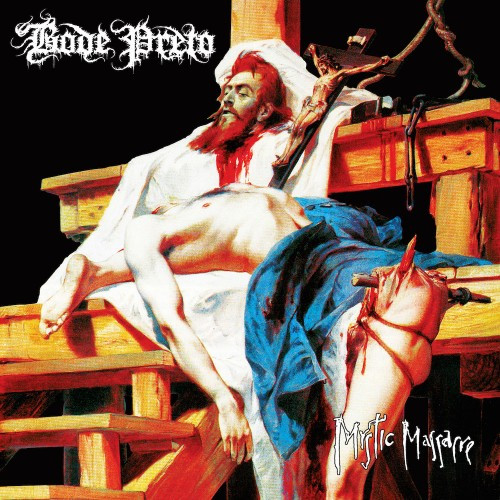 On January 2 of the impending New Year, Iron Tyrant will release Mystic Massacre, the second album by the Brazilian horde Bode Preto — which in English means “Black Goat”. As a sign of what Mystic Massacre holds within its bottomless crypt, today we bring you the premiere of the album’s ninth track, “Wraith/The Stage and the Meadow”.

On this new song Bode Preto succeed on several fronts:

They unleash the kind of bestial, barbaric fury that summons the spirits of forbears such as Sarcófago, Holocausto, and Impurity (some of whose members have themselves been part of Bode Preto at one time or another). They create an unsettling atmosphere of ominous peril with grim melodies saturated in darkness and with ravenous vocal savagery. They deliver a powerful sound driven by thundering drum and bass rhythms that will get heads moving. And… they’ve written and executed a song with razor-edged riffs that are catchy and memorable as well as pestilential. 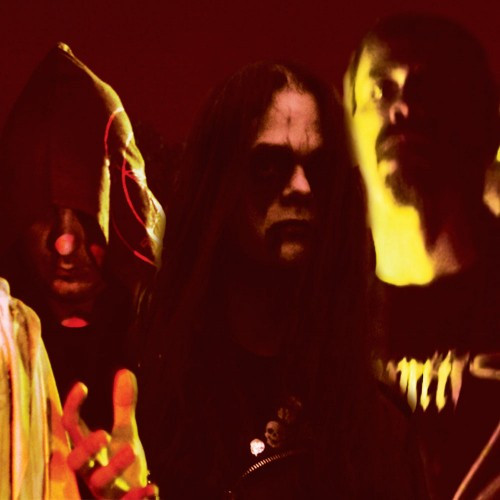 In short, this is a galvanizing explosion of metal, and a very promising sign for this new album.

The album will be released on CD, and later on limited-edition vinyl as well as an even  more limited picture disc LP. For more info, visit these pages:

One Response to “AN NCS PREMIERE: BODE PRETO — “WRAITH / THE STAGE AND THE MEADOW””