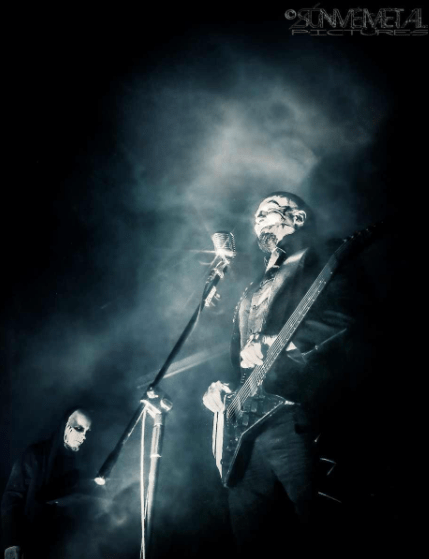 In advance of the 2014 Metal Blade release of the latest full-length by Poland’s Vesania, our writer Andy Synn concluded his review of the album with these words:

“As darkly dramatic as it is devastating, Deus Ex Machina, if pushed hard enough and marketed right, could be a real game-changer for Vesania. It demonstrates their songwriting, and their skills, at their absolute sharpest, and takes their sound and vision to the next level.”

Today we are privileged to bring you the debut of a video for a song from Deus Ex Machina named “Notion”, a track Andy characterized as “half blackened blitzkrieg, half glorious symphonic majesty,” a song that “for all its orchestral excess and metallic thunder, takes time to reveal its secrets, telling a story through sound and verse, shape and colour, which unfolds naturally and organically as the song progresses”.

The engrossing video tells a story as well — a flickering, disorienting, hallucinatory one, a tale of caution and warning with an ending which suggests the warnings come too late.

But you may place your own interpretation on what you see — if you search for the lyrics to “Notion” (which are very good), they may (or may not) be of assistance.

Fascinating music, fascinating imagery — hope you enjoy this as much as we have.