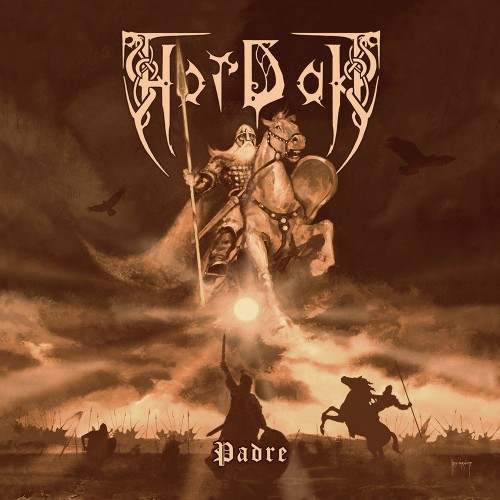 January 10, 2016, is the date set by Russia’s Casus Belli Musica for the release of Padre, the new album by the Spanish metal band Hordak, and today we have for you the premiere of the album’s title track.

This is Hordak’s fourth album in a career that began in 2002. For those unfamiliar with the band, they have described their music as “Celtiberian Pagan Metal“, a word that refers to the peoples formed by the merger of emigrated Celts and the native Iberians of what is now Spain — the Spanish equivalent of Scandinavian Viking music and Slavonic pagan metal from Eastern Europe.

The new album is a musically diverse work, with some songs that are warlike in their savagery and fiery pacing and others that are stately and majestic. Some of the songs include textures added by acoustic guitar, flute, violin, and even xylophone, while others simply ride you down in ripping onslaughts of metallic fury. And the album also includes guest vocal appearances by Forefather’s Wulfstan and Uruksoth from CrystalMoors. 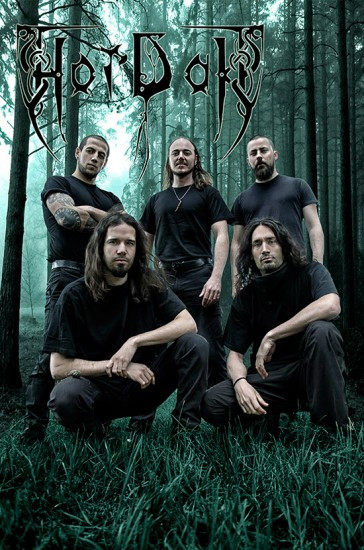 The song we’ve chosen to premiere comes last on the album, and it provides a preview, in a single track, of Hordak’s musical range and power.

The rippling, reverberating guitar at the outset of the song immediately seizes the listener’s attention, and that vibrating melody continues to course through the heavy riffs and rhythms of the music in a way that sinks it firmly in the mind. It gets the blood racing, as does the caustic sound of the vocalist’s howls — which bring to mind the fury of an attacking panther.

But, as noted above, the song is a multifaceted one. In addition to brimming with galvanizing energy, it also includes a beautiful instrumental interlude — a duet between acoustic guitar and violin (provided by guest violinist Laura Camón Botella), which reprises the song’s central melody in a way that gives it a different mood. And what comes after that interlude is an almost shocking charge of power that includes a riveting extended guitar solo, driving the song to a crescendo.

There’s heart-bursting passion in “Padre”, as well as barbarity and beauty — and even a kind of epic grandeur. If you like what you hear in it (and I sure as hell did!), there’s a lot more where this came from on Padre.

The album’s cover art was created by Kris Verwimp, and it will be released as a matte laminated 4-panel digipack with two illustrated booklets (the second booklet includes translations of lyrics into Russian by Sergey AR Pavlov).

The album’s first track — “Ekleipsis – Devourer of Gods” — premiered previously. It’s also a wonderful song, and we’re including that one for you to stream as well.

For more information and to order the album, visit the links below the track list: