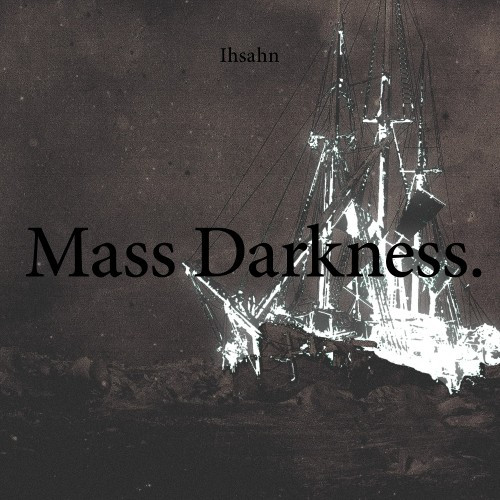 Sometime soon we might roll out a list of our most anticipated releases scheduled to occur in the early part of 2016, or at least ask you to tell us yours. If we make a list, the new album by Ihsahn will be on it. Its name is Arktis, and Candlelight Records will release it on March 4. Today the first advance track from the album — “Mass Darkness” — became available for streaming. Before we get to that, here are a few more enticing pieces of info about the album:

It will include ten songs and it will feature guest appearances by Einar Solberg (Leprous), Matt Heafy (Trivium), Jorgen Munkeby (Shining), Tobias Ornes Andersen (Shining, ex-Leprous), and Norwegian author Hans Herbjornsrud. The graphic elements were created by Spanish designer Ritxi Ostariz. Here’s a statement by Ihsahn about the album:

“My focus for this album was to write within more traditional song structures and still give each song a strong individual identity, be that through a re-occurring melody, a chorus, sound design or the good, old guitar riff. I also wanted to explore this on the production side, blending organic rock sounds with more modern expressions.”

Now, on to “Mass Darkness”. As of today, it can be acquired through Amazon and iTunes. The premiere took the form of a lyric video created by Michael Dickinson (Orange Goblin, Gallows). The imagery used in the video were inspired by a late-1800’s Norwegian explorer and Nobel Peace Prize laureate Fridtjof Nansen. It depicts his three-year expedition to the North Pole, first by ship and then by foot over land. Ihsahn explains:

“The whole atmosphere of facing the cold, immense unknown fits rather good with the general lyrical concept of the entire album. It paints a sense of doubt, hopelessness and frustration yet celebrates curiosity, free will and the choice to avoid conformity. It is, at best, an observance of one’s insignificance in relation to time, nature and space yet each individual’s ability to make things matter even if only to themselves.”

As for the song itself, it’s a real rush — a racing maelstrom of dual-guitar melodies, dissonant darkness, progressive pyrotechnics, and a very catchy chorus. And Matt Heafy sings along on the chorus. You read that correctly.

Check out the song below.