It’s Sunday, and that means it’s time once again for a backward glance at the metal of the past. I will undoubtedly get some eye-rolls at today’s selection, but I have some personal nostalgic reasons for doing it.

Static-X was founded in 1994 by vocalist/guitarist Wayne Static after his previous band Deep Blue Dream dissolved following his bandmate Billy Corgan’s decision to concentrate on his other band Smashing Pumpkins. Static-X signed with Warner Bros. Records for the 1999 release of their debut album Wisconsin Death Trip, an album that went platinum in 2001. Five more albums followed, but in my humble opinion none of them was as good as the first one. 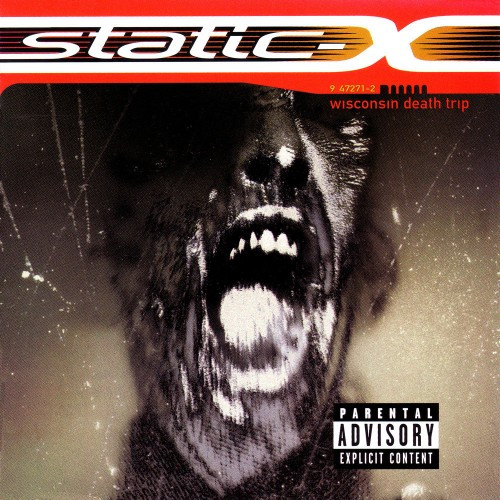 Wayne Static died about a year ago at age 48, with a combination of prescription drugs and alcohol in his bloodstream. Long before then, I had grown tired of his off-stage antics as well as the direction of his music. But Wisconsin Death Trip still holds a special place in my disintegrating memory. Once upon a time I loved the hell out of that album, and now it’s associated with a lot of good recollections of people and of things I was doing 15 years ago.

Nü-metal is a dirty word now in most metal circles, but it wasn’t always so. Maybe you took your own Wisconsin death trip once upon a time, too.

As for the title of the album, I learned for the first time yesterday, from this source, where it came from:

The album’s title was taken from Michael Lesy’s 1973 book Wisconsin Death Trip. This book, responsible for capturing the imaginations of the band and inspiring the album title, contains a collection of photographs cataloging deceased persons previously residing in the Black River Falls region in the late 19th century. When interviewed about the source of the title inspiration, Wayne Static explained, “[It’s]actually a book title that we stole. It’s been out of print for about 20 years. It’s a historical book about life in this small town in Wisconsin from 1890 to 1900. And it’s about everything that happened, but it focuses on people dying and how they died. And there are pictures of dead people as well as stuff about natural disasters and fires and stuff like that.”

18 Responses to “THE REARVIEW MIRROR (STATIC-X)”