(Our old friend from the Dominican Republic Vonlughlio once again brings us his list of the year’s best releases. It’s a Top 50 list, with honorable mentions as well, so we’re dividing it into two parts. We’ll bring you Part 2 tomorrow.)

So, the time of year has come for my Top 50 albums of 2015. This time around I’m going to divide the list in two. In this post the list will unfold until position 25. The second post will be from 24 to 1, and honorable mentions. The reason for dong this is that putting the entire list in one post might make it too long.

I would also like to say that this year I’ve been listening to more Brutal Death Metal than before. As I always say, some will hate it, others will like it. Regardless of that, please check out the bands, and I hope that if you do like them you will show your support. Well, here it goes: 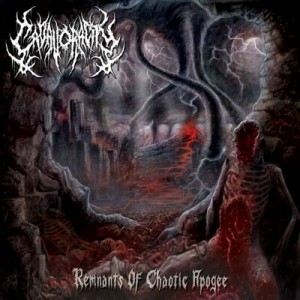 This band from Indonesia I found just looking around FB, and ohh boy, this is one band that released one killer debut album. The guitars and bass are well done and the vocals are amazing. For this album the drums are programmed, but very well done. I just hope that they decide to use a real drummer for the next album. Regardless, I loved this one, and it makes it in this spot. 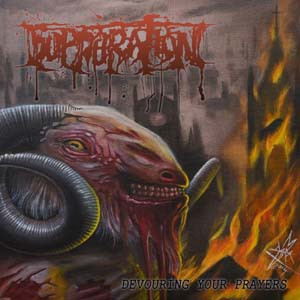 This is a great Colombian band that has been around for a while but I discovered them early this year through the promotion of a single for their new album. I was really impressed and decided to check their previous efforts, and all are amazing. The new album is crushing from start to finish; the vocals and guitar are my favorite. Drums are executed with precision. 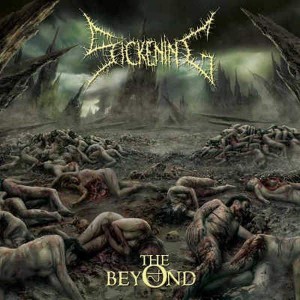 This Italian band is one of my favorites and should get more recognition for their music. Love all their previous efforts, and this new album is no execption. My favorite part are the vocals — such a great performance and one that goes hand in hand with the music. The riffs are very diverse and the drums are crushing from start to finish. 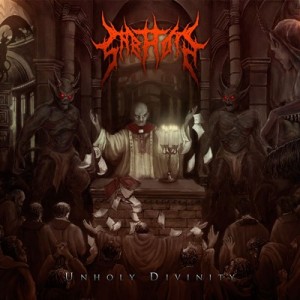 This Indonesian band I found out about thanks to Force Fed Merchandise. I loved the single they released and decided to buy the album. It’s really great Brutal Death Metal with some groove in the structure of the songs that works rather well. 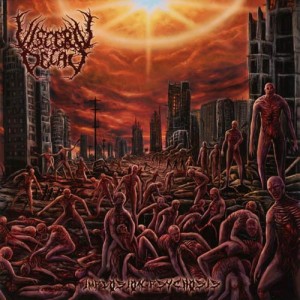 This band from Ecuador I found about thanks to Sick Reviews, and it’s fantastic BDM. Love how the songs are structured, and the riffs are amazing, as well as the bass and drumming. The production is also great and goes very well with the music. 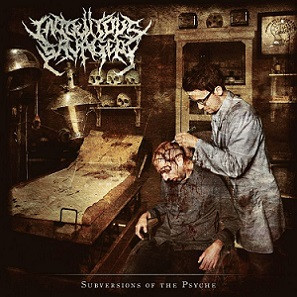 45. Iniquitous Savagery – Subversions of the Pysche

One album that on first lisen just blew me away. Great vocals, the drumming is very precise in the execution, I love how the bass has its moments in the songs, and the riffs are diverse within the songs, which is something I enjoyed very much. 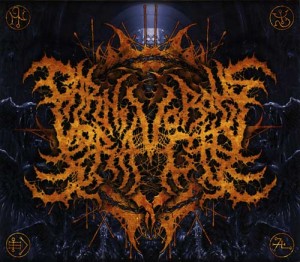 This band just released one of my favorite debut albums this year. My favorite aspect of this release are the vocals — very unique and diverse with each song. The guitar, bass, and drums are flawless. Can’t wait to see what they do next. 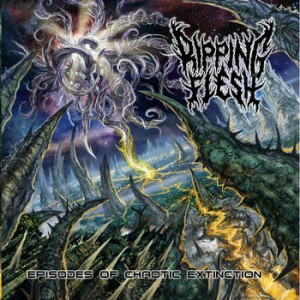 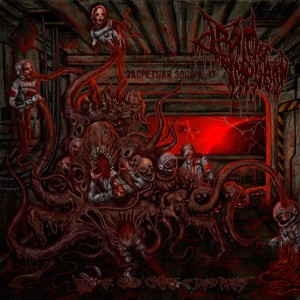 42. Drain of Impurity—Into the Cold Crypts of Dead Planet

This is a project from Batu (vocalist of the BDM band Cenotaph, one of my all time favorites). His vocals are great in this album and reaffirms why I love them. Musically it’s different from Cenotaph, yet with a crushing delivery. 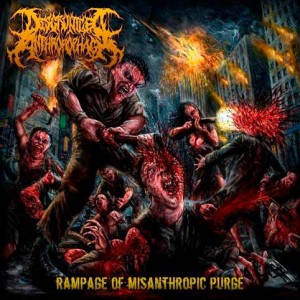 This is an album that once it was released, I was listening non-stop. The levels of blast beats in this album are insane and those vocals are inhuman. The guitar work is astonishing and the riffs are addictive and very memorable 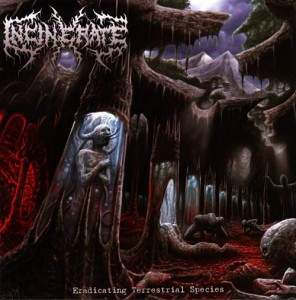 This band I love tremendously, and I’ve been waiting for this a long time. The vocals, bass, and guitar are great, and of course the drumming is outstanding. I hope to hear new music from them real soon. 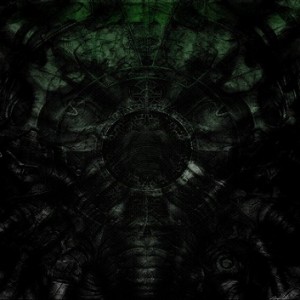 This band has been around for a while and although I liked their previous albums, this one is my favorite. A great mix of Black and Death, with great drumming and guitar. They sure have changed their sound a bit with each release, ever evolving.

These are my three favorite grindcore albums of 2015. Very different albums in terms of sound, but with a effective delivery in terms of the genre. Putrid Offal (France), Unrest (U.S.), and Nervous Impulse (Canada) are simply amazing bands who need more recognition. 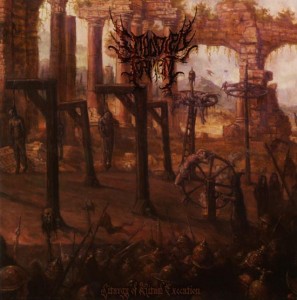 This band from Sacramento released their debut album, and it’s just fantastic BDM. The structures of the songs show how talented these musicians are. The guitar work is my favorite aspect of the album, while the bass, drums, and vocals complement each other rather well. But that guitar work, hot damn! 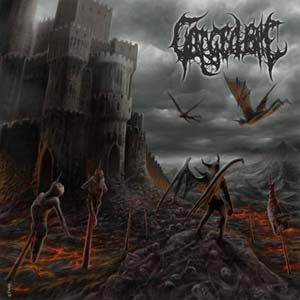 This BDM band is just ridiculous, so damn talented. The vocals and drums are the strongest aspects of this record. The guitars deliver killer riffs, and the bass sneaks up on you with a mini-solo (if that makes sense). 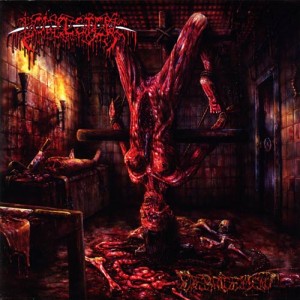 This BDM band from Italy is just filthy as fuck! The production of this album really brings out the sound they wanted. Guitar and drums are top notch, with nasty vocals. This album is very addictive with them blast beats. 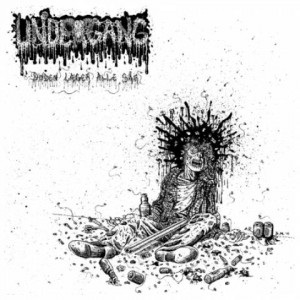 With three albums now, this band has gotten better and better with each release. Great vocals, guitars, drums, and bass. This is the type of Death Metal I enjoy, and these guys are at the top of their game. 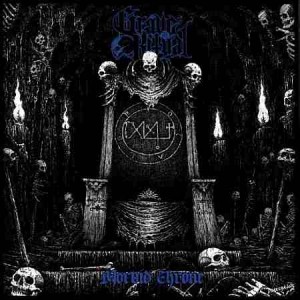 I found out about this band thanks to Dark Descent, and when the album was released I decided to stream it at Bandcamp. I’m glad I did. Really love the guitar and vocals in this album. Anxious to see what this band does next . 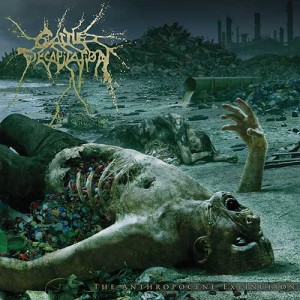 This album has been included in a lot of year-end lists, and mine is no exception since I liked it a lot. Great vocals as usual, with excellent guitar, bass, and drumming. These guys can do no wrong, and I wish all the best to them. 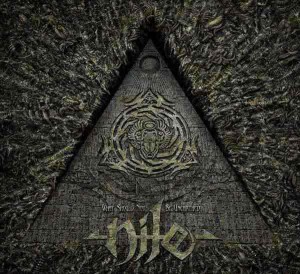 31.  Nile – What Should Not Be Unearthed

This band is an all-time favorite, but I have to admit that the album before this one I had mixed feelings about. Now they release this one, and it is way better — I instantly loved it. Great vocals, great guitar riffs, and the drums — well, it’s Kollias, enough said. 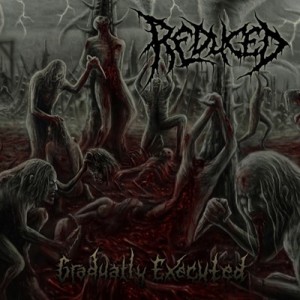 This Indonesian band with their promo just blew away everyone in the BDM scene — such a display of great musicianship. With their debut album they have reaffirmed why I loved their promo. Nasty vocals, great drumming, and riffs hat are very diverse in the song structures. 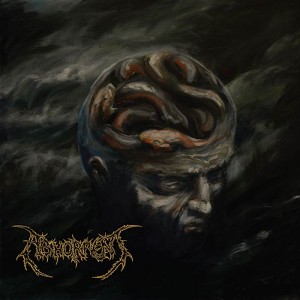 This is by far my favorite Technical release of the year — and I like the fact that they did it without resorting to guitar wankery. Great musicianship from all the members. I hope they continue to make more music like this. 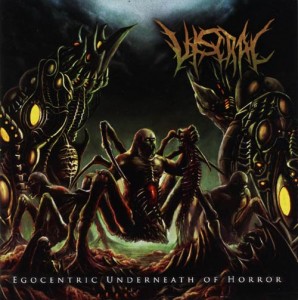 28. Viscral – Egocentric Underneath of Horror

Another great band from Indonesia that released their debut album this year. I loved the mix of BDM with Death Metal. Great vocals, the guitar work is astonishing, and the solos are very well-placed in the songs where they appear. The drums and bass are executed flawlessly. 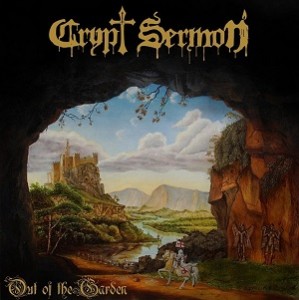 This band is fantastic. They release an album filled with great guitar work, excellent drumming, and vocals that are flawless and fit perfectly with the music. The lyrics of the record are a highlight, as you feel each song is a chapter of a book. 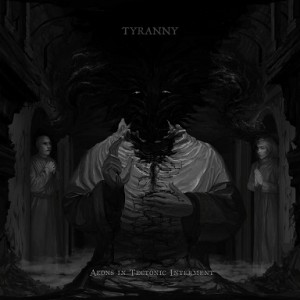 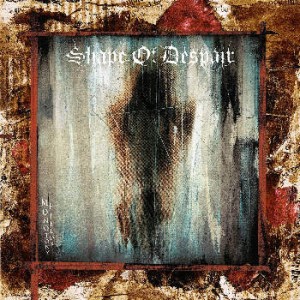 My favorite Funeral Doom albums. While these bands are in the same genre, musically they are different — yet had the same effect on me while listening. I found myself relaxed and intent on listening to the great musicianship displayed in both releases. My favorite aspect of them both are the vocals. 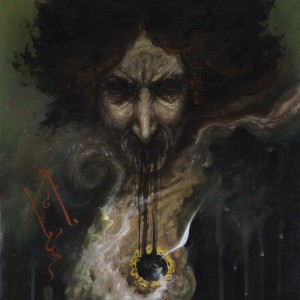 Fantasitc Black metal release. This is the solo project of Nass Alcameth, the vocalist of Nightbringer. He does the vocals, guitars, synths, and bass, while Ain plays the drums. This album is fantastic from start to finish. I believe it’s very different from Nightbringer. Overall outstanding work.