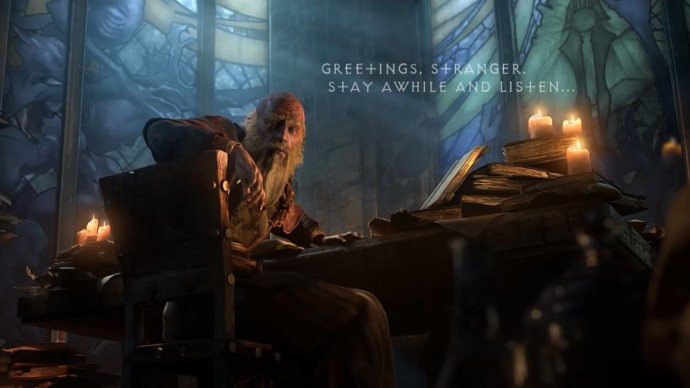 (After quite an absence, our old comrade deckard cain rejoins us with a list of his favorites — both metal and not-metal — from 2015.)

And yet another year of death, destruction, and hopelessness has come to pass. Religion still culls by the thousands, earthquakes still shake people’s idea of reality, capitalism and poverty are still in vogue, guns have turned into mouthpieces, digital connectivity is constantly separating man from himself. No longer do we have communities nor are we individuals, just a floating image of what could have been on somebody’s idea of a mirror. The Damocles sword no longer hangs over our heads, it is recast into the guillotine that falls ever so swiftly, upon our neutered minds.

And here, solace is only found in the darkest of places… in that very form of music that finds its essence in the throes of realism.

NOTE: First is a list of titles that I agree with, and in order to avoid repetition I choose not to write about them. Instead, the second list mentions releases that are less talked about and still form part of my larger list.

COMMON TITLES I AGREE WITH (in no particular order)

3. Sarpanitum – Blessed be my brothers…

6. Secrets of the Sky – Pathway

8. Sulphur Aeon – Gateway To The Antisphere

9. Paradise Lost – The Plague Within

20. Intronaut – The Direction Of Last Things

21. Adversarial – Death, Endless Nothing and the Black Knife of Nihil 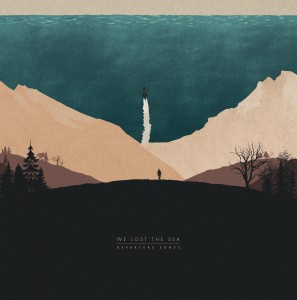 We Lost the Sea – Departure Songs

We Lost the Sea has largely been a lesser-known post-metal act and yet they had one of the finest albums, The Quietest Place on Earth, in the genre to their credit. But sometime in 2013 their vocalist, who was crucial to the band’s success, ended his life, leaving the rest of the band shattered by grief. But they chose to do one last outing as a passing tribute to Chris in the form of a thematic instrumental post-rock album. Departure Songs is the culmination of a long process of hope and tragedy co-existing in every human. 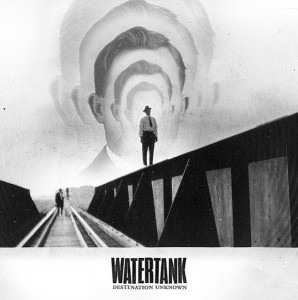 Curiously named Watertank, the band draws a lot of comparison with ’90s alternative grunge act Failure and stoner pop act Torche. I’d say they are somewhere in between both of the music styles of these two bands. Infectious indeed! 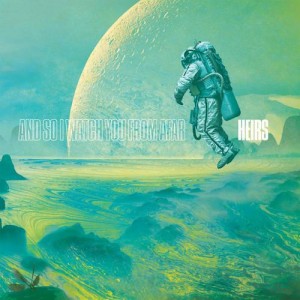 And So I Watch You from Afar – Heirs

Unmatched to their debut, but a substantially reduced running time makes this more inviting for a listen. Instrumental math rock with a lot of melodies running helter-skelter. 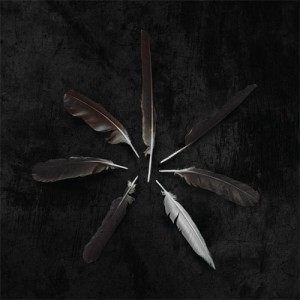 Consistency has been this post-rock act’s hallmark. They don’t stretch the limits of the genre by a longshot and yet their ability to carve out tracks that simply strike a chord with any post-rock fan is some ability indeed. I’d say this is their best release in their entire career, a continuation of form last achieved on 2013’s brilliant EP. 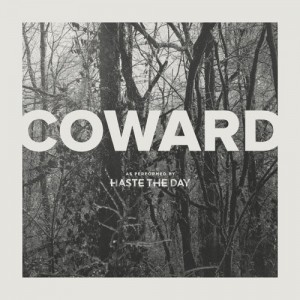 Haste the Day is more like a post-hardcore band with metal leanings. I was a fervent fan of the band back in ’04/’05. For them to put out a collaborative record with all their past and present members is a great achievement. The album is more immediate than any of their previous efforts; in fact, I’d suggest any new listener forget all their previous releases and just listen to this one. 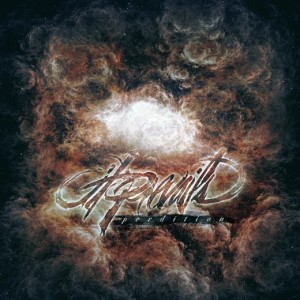 Melodic hardcore much like Shai Hulud, Misery Signals, and Counterparts in some of their softer melodic moments. Although they don’t bring in the angst and dynamics of the mentioned bands, they stick on a simple mid/slow tempo through most of their tracks. 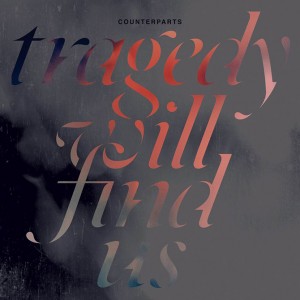 Counterparts – Tragedy Will Find us

Despite having a substantial metalcore edge (a la Misery Signals), their roots and sound is more hardcore than anything else. Emotive hardcore that stays true to its title, Tragedy Will Find Us. 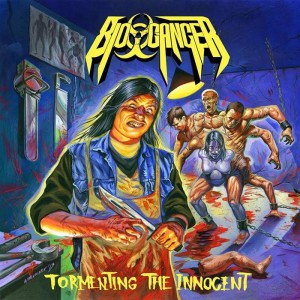 A legitimate door crasher, Bio-Cancer is a no-holds-barred frontal thrash assault that’ll leave you developing fine globs of aneurysm. Steeped in the melodic/frenetic finesse of latter-day Teutonic thrash and mixing in the pace of crossover thrash (a la Municipal Waste). 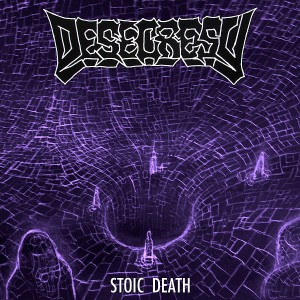 I’ve always had a deep liking for Desecresy’s brand of death metal, which neither completely falls into the familiar trappings of OSDM nor plays anywhere near the modern death metal sound. Stoic Death, their latest, has a very tribalistic vibe with mid-paced riffs that churn rather than crush. 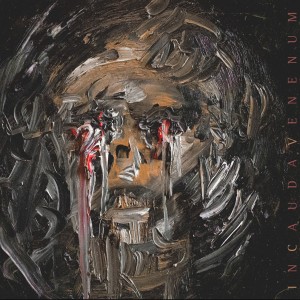 This for me is the debut of the year from the label of the year, Les Acteurs de l’Ombre Productions. With just two songs that clock in at around 21 minutes each, this is black metal of an all-encompassing nature. Post Black metal perhaps? 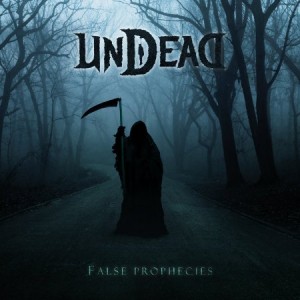 While people rave about Gruesome being a great release, I wonder why this has gone under everybody’s radar. This is by far a better release that perfectly captures that era of Death/Obituary domination. 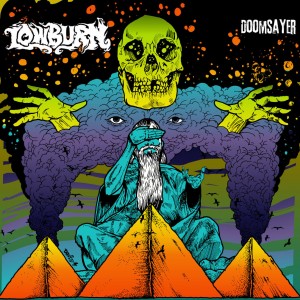 Well within the now-broad definition of Heavy Rock, these are thick-ended jams without the meandering hogwash that usually passes for the same these days. Early day Orange Goblin, Kyuss, and Monster Magnet come to mind. 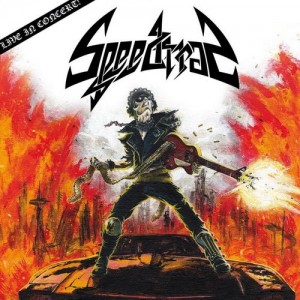 Speed metal soundtrack to the Mad Max series. This is one riff overdose you secretly wished would be more common in metal rather than used as a trope to get everybody to jump onto the old school bandwagon. Much like the aforementioned Bio-Cancer, this too finds a parallel in the sheer breakneck speed. 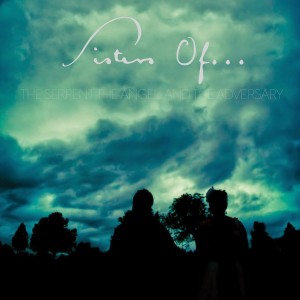 Sisters of… – The Serpent, The Angel, The Adversary

This is the work of the former guitarist of the rather good indie rock outfit The Appleseed Cast (check out their album Mare Vitalis). Don’t be put off by this fact though, because Sisters of… sounds like a brilliant metal rendering of say early TAC work. 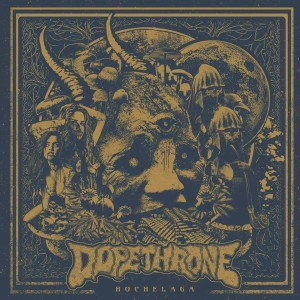 Personal sludge/doom favourite of the year. Imagine Electric Wizzard paced up, with less of that obscuring fuzz. Despite my contention that their last album III is a better release, this still holds its own. 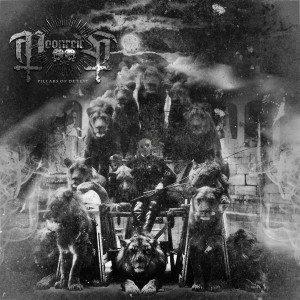 Another release from Les Acteurs de l’Ombre Productions that caught my attention. Although lying well within the Black metal fold, it pores over many an atypical melody and then roots them down in the genre. The rather odd change of pace and rhythms makes it a strange and enticing listen. 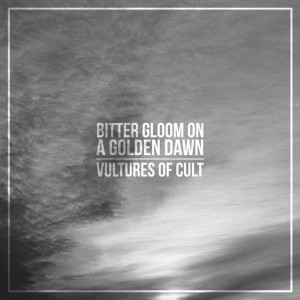 Vultures of Cult – Bitter Gloom On A Golden Dawn

A raw, abrasive, and tardier incarnation of Torche’s early output while sometimes meandering off to post-metal territory from time to time. 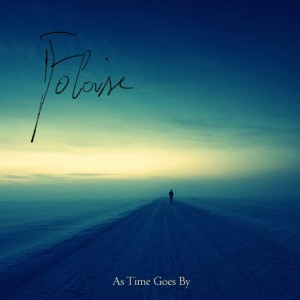 Falaise – As Time Goes By

An atmospheric Black metal act from Italy, which employs the same pop-tinted melodies of Alcest (a la the new Sivyj Yar). The vocals are sometimes drowned out by the guitars, but then the instrumentation alone is good cause for listening to this. 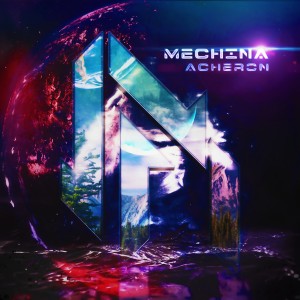 Fourth in an eight-part sci-fi series, Acheron lives up to the standard set by some of their previous releases. The production in particular is thin and might sound compressed and highly digitalized, something deliberately so to befit the sci-fi universe that the band is trying to portray. Industrial grooves abound. This is what Fear Factory would have sounded like had they tried writing a space metal record. 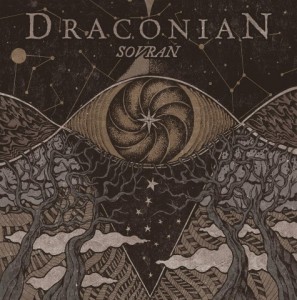 Draconian deliver yet another record which is still very much a standard-fare melodic death doom Draconian record. Yet for me I never get tired of the same. The obvious highlight here is Heike Langhans‘ gorgeous vocals. 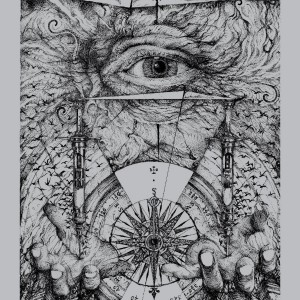 Lavadome Productions have raised the bar with two brilliant releases this year, the first one being Heaving Earth’s sophomore effort while the second one was the debut of Italy’s Ad Nauseam. Ad Nauseam has Gorguts written all over it, but then again only a few bands pull off the craft seamlessly while adding their little bit into it. Much like Ulcerate, Ad Nauseam too use a lot of restraint and mellower sections for the dissonance to actually take form and structure. A thoroughly enthralling listen which reveals more each time you lend your ear to it. 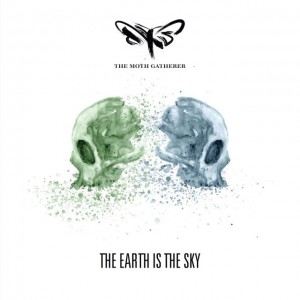 The Moth Gatherer – The Earth is the Sky

I am pretty sure nobody saw this coming because this was released as late as November 27th. This is for me the post-metal release of the year; even Intronaut comes a close second. Similar to the Cult of Luna/Isis pack of post-metallers, except for the fact that they rely on their ability to crush under the sheer weight of the monolithic riffs. Oh, and stellar choruses. Their debut had a few good songs and a good amount of filler, but this has just turned out to be the opposite. 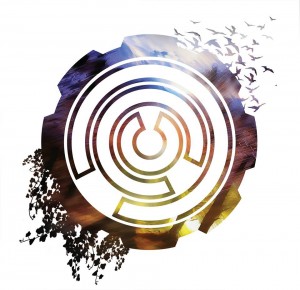 I’ve not listened to a prog album in quite some time. Maybe it’s that ego-run riff entanglement which most bands, including the established ones, resort to that sort of pisses me off. Arcane’s Known/Learned, on the other hand, seems different. They combine the best elements of progressive metal and modern rock to make for a great listen. A mix of Karnivool, Leprous, and elements of Dream Theater would be a starting point to describe their music. Oh, and this is a double album! 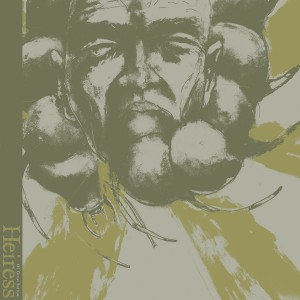 Sludge that shapes itself around Through Silver in Blood– era Neurosis, but gives it a shorter hardcore treatment. The longer expansive melodies that build over them are sublime, to say the least. 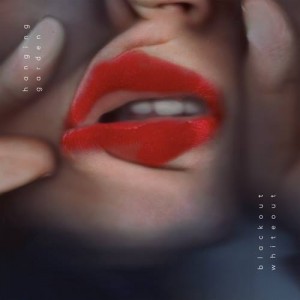 Pensive melodic doom reminiscent of latter-day Katatonia, The Chant, and the clean vocal sections of any Swallow the Sun record. The band’s been written about on NCS earlier, so people who did dig their earlier stuff would find this even better to their liking. 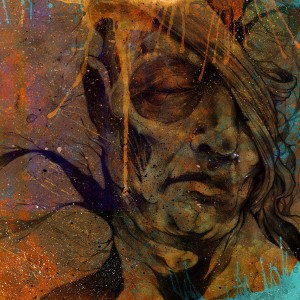 Before the controversies surrounding the vocalist came to light, Enabler’s music was pretty much high on everybody’s playlist. The aftermath was a complete online ostracism. The acts that he did can never be condoned, and yet I was pretty curious about the music that the band had made. Although I never purchased the album, preferring to stream it off Bandcamp, this is indeed the best album they’ve made. The hate and internal strife in here is more than just palpable. “Malady”, for instance, is the catchiest song of the year. 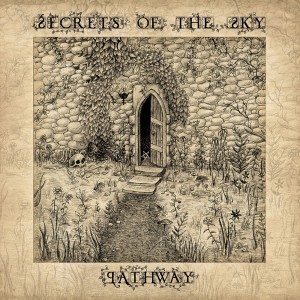 Secrets Of The Sky – Pathway

I’ve had a tough time categorizing this band. Blackened doom perhaps? Yet their brand of sombre melancholy-ridden metal is just nothing short of mesmerizing. The vocalist’s use of harsh and ethereal cleans must be heard in full to capture its power.