Titled Experiments of Existence, this release in many ways appears to channel the savagery of groups like Possessed, Dark Angel, and particularly Pleasure to Kill-era Kreator. Yet, one thing that quickly becomes apparent to the listener is the precision of execution. One hesitates to use the term “technical” for all the baggage that comes along with it, but this difficult material is performed flawlessly. The aggression, though, is never compromised. This is neither Watchtower nor Voivod, just a death/thrash hybrid performed at the highest standard. 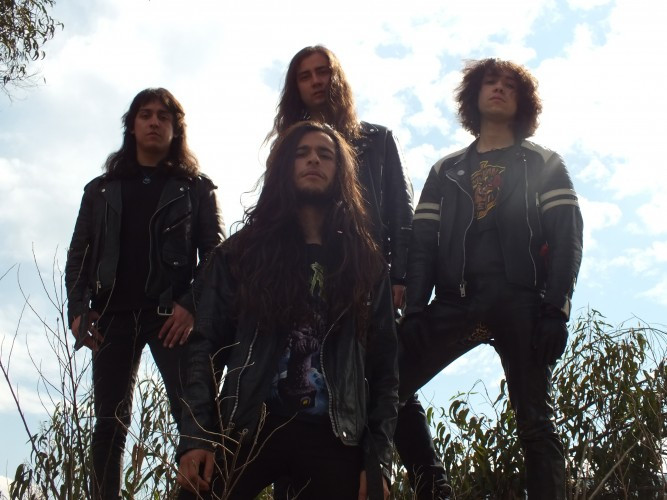 Each of the first three tracks is a vicious barrage of high-octane material. If the riffs weren’t enough to tip the listener off, the bass, drums, and guitar solos also display the same excellent chops. One might also notice an affinity for early death metal as well, particularly Merciless and Death. No doubt these pioneering bands were accepting the torch passed on by those previously mentioned thrash forebears.

The fourth track, “Anatomy of the Galaxies”, is an instrumental. While the aforementioned instrumental prowess is still present, this track seems more about showcasing the band’s songwriting ability. That being said, about halfway through you’ll hear some truly awe-inspiring bass work that should not be overlooked.

From here, the album rages on much as before, with some of those technical flourishes popping up a bit more. “Stellar Evolution” kicks off with some particularly challenging drum work, while “Rotten Dreams” really showcases some great lead guitar work.     Things take an unexpected turn with “Chromatic Fantasy”, an unaccompanied bass solo. The piece is quite impressive, as is the bass playing on the entire album, and it provides a brief respite before the band dive into the final portion of the album.

The final three songs don’t vary the formula much from what comes before them. But honestly, who would really want them to?

Ripper’s attack is well-honed and they accomplish what they set out to do. The group walk a fine line, they don’t push the limits of their sound too far in a “progressive” direction even though they certainly have the talent to do so, but they also don’t dumb things down in order to find the easiest path to brutality. And while Ripper certainly fall into the thrash category, some sort of nostalgia factor is the least of their appeal. Experiments of Existence grabs the torch of early Kreator, Pestilence, Death, and their ilk and carries it burning into modern times.

Experiment of Existence (which features cover art by Paulo Girardi) will be released March 4, 2016 — on CD from Unspeakable Axe Records and on LP from Dark Descent Records. Below you can listen to two tracks from the album — including our premiere of “Magnetic Solar Storms“.

5 Responses to “RIPPER: A PREMIERE OF “MAGNETIC SOLAR STORMS” AND A REVIEW OF “EXPERIMENT OF EXISTENCE””