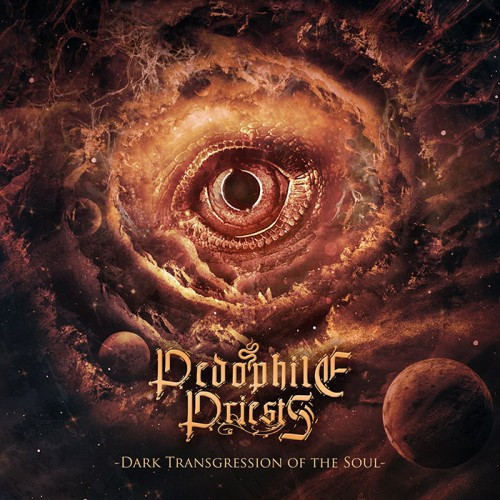 You see a name like Pedophile Priests and if you’re like me, your first instinct is to dismiss it on account of the name. It’s that kind of shlock, over-the-top band name that just hits you the wrong way. But on the merit of the cover art I decided to look further into their music. What I ended up with was an eccentric top-notch death metal record telling me to take my opinion of their name and shove it up my ass, as well as disembowel myself in a seppuku ritual for the shame of my error.

There is no comparing the sound of Pedophile Priests to, like, fucking anyone. Polish natives who migrated to Ireland for whatever reason decided to produce a brand of death metal full of cheesy lo-fi early ’90s black metal keyboards, ’80s production value aesthetic, technical trail-blazing riffage that borrows from every facet of the late ’80s to early ’90s evolution of death metal, all played with modern song structure conventions and severely over-the-top drumwork and one of the most demonically oppressive and original vocal attacks I’ve ever heard. 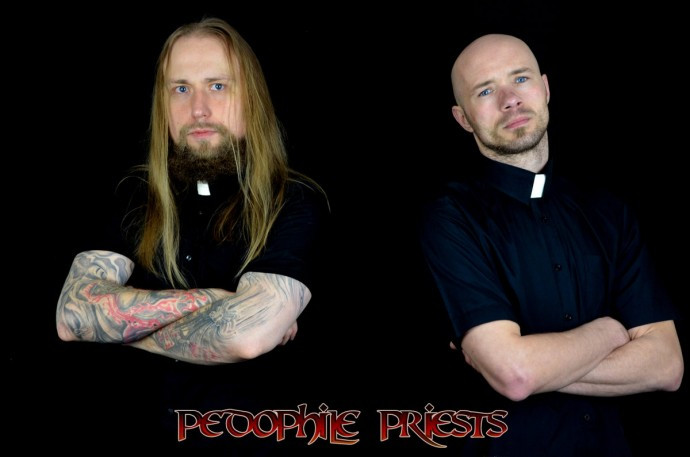 These guys beat to the sound of their own fucking drum all right, at the speed of sound and light and simultaneously in different dimensions. If there were ever a death metal album that could capture the insanity of the movie The Holy Mountain, I feel like this is it. Seriously.

So with that said, I have zero idea where to start here, but let’s try this: The opener “Presentiment of Evil” begins with what feels like a pretty classic black metal keyboard melody and opens up with the primary riff of the song. The keyboards and guitars unite, and the carnage begins once the vocals are introduced. Parts of this song feel almost ENTIRELY indecipherable in terms of what’s going on. The drums are gravity blasting, the riffs are utterly alien, and the bestial putrid alien vocals of guitarist Piotr Niemszewski are on full tilt. The song also contains a pretty good introduction to Piotr’s solo composition skills, with a refreshingly melodic play on the song’s opening theme serving as a relief from the insanity surrounding it.

This is all tame, though, compared to “Czarzne Xiestwo”. A bulldozer groove as its main riff, and some otherwise just really fucked-up atonality in the riffs, are punctuated by completely clashing melodic keyboard moments that war with the atonal guitars. It’s a literal cacophony of the sound of your sanity being ripped in two like fresh meat for a predatory beast of old. There’s also the relentless thrash-driven Agent Orange carpet bombing that is “Crush, Kill, Destroy”, which is just a fast-paced, whiplash-inducing good time.

These guys deserve recognition. If you want something unrelentingly intense, borderline avant-garde, and unforgivingly brutal, Dark Transgression of the Soul would serve you well as a nice break from modern death metal. I’m sorry I ever judged you by your name, Pedophile Priests, I know better now.

Dark Transgression of the Soul is out now via Metal Scrap and is available on Bandcamp.

9 Responses to “PEDOPHILE PRIESTS: “DARK TRANSGRESSION OF THE SOUL””