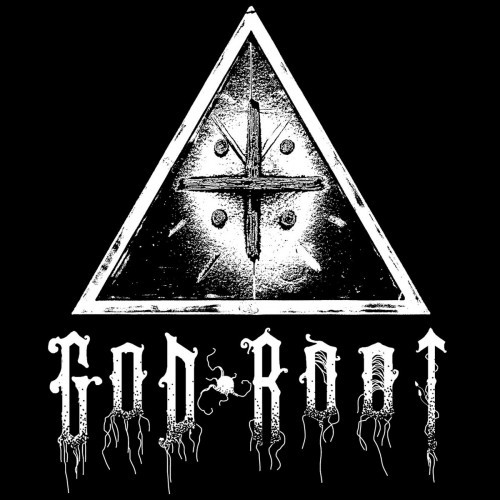 This just-released debut EP by a new band from Philadelphia really is one that must be heard all the way through, from start to finish. Yes, you can randomly pick any one of the four tracks and still find yourself rooted in place, taking it in and finding your emotional state altered by what you hear. But the cumulative impact of the four in sequence is pulverizing.

God Root is organized with an introduction (“Spirits Rise”) coming first, followed by a long song called “Of Habit”, a comparatively brief interlude (“Bog Ascending”), and another long song named “Of Control” to finish the sequence.

“Spirits Rise” sets the stage for this dismal pageant with the reverberation of ritual drumbeats, a solemn tribal rhythm backed by the shimmer of unsettling ambient tones and shamanistic wailing. 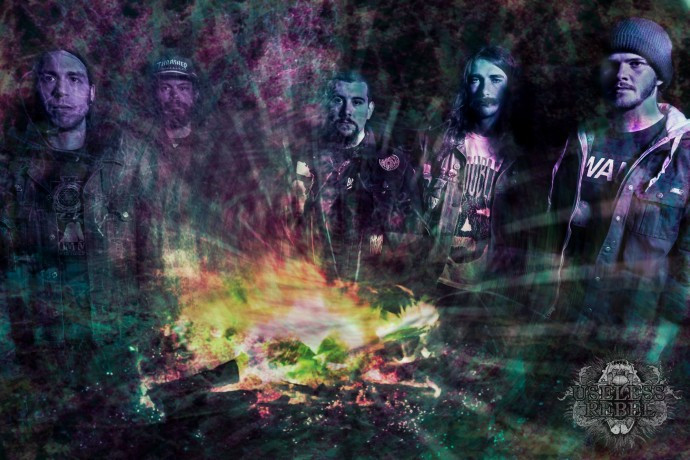 The primitive, ritualistic aura shades over into the beginning of “Of Habit”, and the band soon begin to lay the foundations of the song with a layered guitar-and-bass melody. They then begin to work through variations on that central theme — alternating between the staggeringly heavy and the airily wistful — with wrenching vocal expressions that are both agonized and caustic in their rage.

I confess that as entrancing as the first half of the song is, I now find myself waiting for what I know is coming at the mid-point — a slaughtering, concrete-crushing assault that will get your head moving. The music rumbles like an earth-moving machine and then begins to hammer like a pile-driver, as the vocals and guitars turn to shrieks, becoming even more deranged until the music collapses again into a tarry pit of ritualistic doom.

You might need a break at this point, and you get one — sort of — in the “Bog Ascending” interlude. Almost devoid of rhythm, save for a kind of industrialized pulsing noise, and with only the most tenuous grasp on reality, it’s more ghostly and disorienting than a true reprieve from the darkness that has been steadily building in the EP from the beginning.

“Of Control” then seizes attention immediately, with a gripping bass-and-drum hook — simultaneously reinforcing the shamanistic atmosphere of the music and pulling the headbang trigger again. The dissonant, rippling lead guitar chords that enter the frame lend an air of psychedelia to music that’s already damned narcotic to begin with. As the vocalist howls and wails, the music turns into a slow slog, as if thick quicksand is sucking greedily at your legs, drawing you down below with nothing but a blasted wasteland as the last thing you see around you.

The tribal beats return in force in the song’s back half along with a catchy, fuzzed-out repeating riff, with the band ramping up the intensity and the pacing and the vocalist doing his best to tear at his own throat until it fountains blood.

It’s a mesmerizing song, utterly downcast and lightless, yet making a strong connection with the primitive reptile part of the brain — which is true of all the music on this EP. God Root is a potent concoction, an immersive combination of tribal grooves, disorienting psychedelia, and punishing sludge/doom — dark as night, heavy as hell, and damned memorable.

I was first attracted to this EP when I saw that the band was started by Fred Grabosky, the drummer for Sadgiqacea (who also contributes vocals as well as drums for God Root). He is joined in this project by other experienced musicians — Ross Bradley (bass/vocals), Keith Riecke (guitar), Joe Hughes (guitar/vocals), and Jordan Stiff (noise/pedals/sound manipulation). God Root was released via Bandcamp this past weekend and is available via the first link below. Stream it after the links.

And if you’re within reach of Philadelphia, the band seem to have some shows coming up, per the band’s FB page: