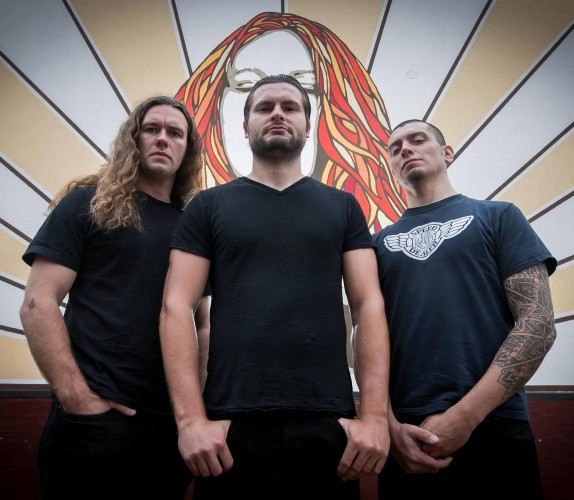 (In Part 67 of THE SYNN REPORT, Andy Synn reviews the discography of a band who began in North Pole, Alaska — Turbid North.)

Ok, cards on the table – this edition of The Synn Report is basically just an excuse for me to finally wax lyrical about last year’s Eyes Alive, an album which only just missed out on consideration for my Critical Top 10, and which I’ve been jamming repeatedly ever since discovering the manifold pleasures contained within its nine tracks of gritty, blood-pumping Death-Prog stomp and swagger.

That’s not meaning to downplay either of the band’s two previous releases. Their debut, Under the Eight, is a solid (if somewhat familiar) enough slab of heavily Pantera-influenced Death-Thrash, while the follow-up Orogeny (the album which first brought them to wider attention) ups the ante considerably, showcasing the group beginning to truly find their feet and their own sound in a whirling cavalcade of rumbling Death Metal riffs, grinding sludge-soaked grooves, and dizzying prog/tech fretboard freak-outs.

But it’s definitely on the band’s most recent album where their star truly began to shine, culminating in nine tracks of blissful metallic perfection that sound like the members of Crowbar, Misery Index, and Mastodon having one last narcotic-fueled jam at the very end of the world. 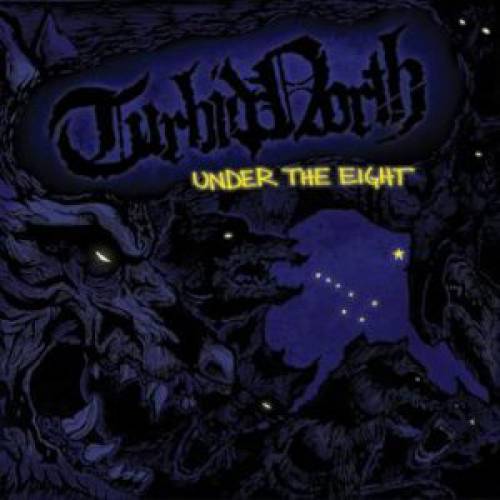 At under 30 minutes in length the band’s debut (is it an EP? Is it an album?) certainly doesn’t outstay its welcome, which is definitely to its credit, as overall this is definitely the weakest of the group’s three releases, though it’s not without its charm.

There’s a pleasing darkness and a slight Death Metal undercurrent to the opening of first song proper “To The Bastard”, though this soon shifts into more a latter-day Pantera crunch-athon (a comparison very much accentuated by the Anselmo-esque vocals of Jason Hipert) – albeit one delivered with a nicely pneumatic technical sharpness and a helping of brash, youthful energy.

The more melodic riffery and frantic drumming of “Endless Torment” has more of an At The Gates/The Haunted vibe to it, complete with some familiar, yet still tasty, lead guitar licks along the way, while the precise, stomping Death-grooves of “Power Rising” have more than a hint of the heavier end of Chimaira (RIP) to them (though I still feel like they short-change the ending).

The recording concludes with an eerie, acoustic-tinged reprisal of the intro track, but before that we get what are quite possibly the two best songs on the CD – “New Paradigm” and “Unfounded”.

Yes, the former is by leaps and bounds the most shamelessly Pantera-worshipping song on here, but it’s done with such energy and panache (including some of the best drumming and lead guitar work on the entire disc) that this is almost forgivable, while the latter takes an unexpectedly darker and more malevolent turn, even hinting (in places) at the black-eyes-and-burnt-leather sound popularized by Goatwhore along the way.

Still, at this stage in their career it wouldn’t be churlish to observe that Turbid North weren’t exactly the most original, or even distinctive, band on the block. After all, I’m pretty sure we’re all familiar with a band (or bands) like this local to us – talented, and good at what they do, but really only just reproducing what bigger, better bands have already done.

And that’s likely where the Turbid North story would have ended, if they hadn’t made some huge (borderline massive) strides and (r)evolutionary steps on their next album! 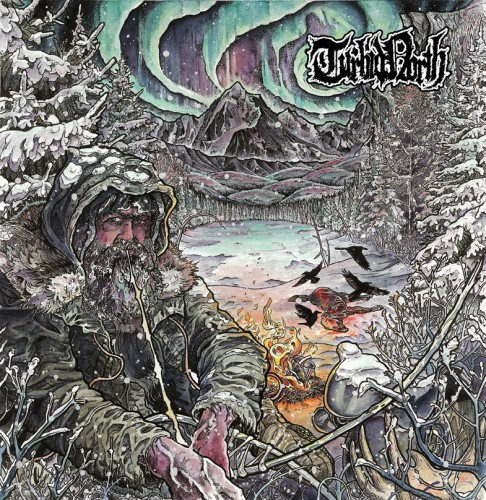 By the time Orogeny rolled round, the band was essentially an altogether different entity than the one that released Under the Eight, with approximately 98% of the Pantera-derived DNA from the debut exorcised and replaced with a much heftier dosage of scorching Death Metal, alongside lashings upon lashings of proggy experimentation.

Granted, this occasionally means the band get a little overly enamoured with rambling song structures and free-form, technicolour noodling (only three of the album’s songs come in at under five-and-a-half minutes), and some of the more frantic Death Metal parts err a little too close to The Black Dahlia Murder, but the ambition and potential demonstrated on this album was/is astronomical… even if the overall vision hadn’t quite caught up yet!

The old-school Metallica-esque intro of “Wolves” soon shifts shape into a savage tech-death whirlwind reminiscent of Miasma-era The Black Dahlia Murder or The Architects of Guilt-era The Famine (RIP), its razor-edged riffs slashing and scratching and clawing at the edges of a more distinctive, if still unrealized, sound of their own.

Both “Rift” and “Bereavement” play with many of the same sounds as the first track, but a heavy injection of whiskey-soaked, gut-rot grooves into the former (along with some shamelessly ostentatious fretwork) certainly helps the song to begin to separate itself somewhat, while the latter is similarly better when it distances itself from its more obvious influences and focusses on providing a healthy battering of low-slung, grumbling Stoner-Death grooves.

Now whilst the first couple of tracks on Orogeny definitely have a little bit of an air of familiarity to them, with “The Hunter” you finally get to see (or, more accurately, hear) the first strains of the band really coming into their own.

The track’s focus on lower, grittier vocals, rolling avalanches of crushing, Death Metal riffs, and deep, cavernous grooves, all help set it apart from its predecessors, and the mid-song deviation into whirling, Mastodonic fretboard histrionics and smoky, Sabbath-inspired instrumental indulgence are perhaps the first signs of something truly special burgeoning just beneath the surface.

The solemn, instrumental introduction to “Stormblast” eventually gives way to a brutish, Death-soaked and tech-tinged crawl, replete with clanging, doom-laden riffs and splashes of blissfully inebriated melody, building to a chunky, juddering outro, while the torrential attack of “Between the Glacier and the Sea” initially sounds a bit like the result of a random bar-brawl between early Mastodon and members of The Black Dahlia Murder, but during the song’s more inventive and expressive second half you can once again hear hints of the true Turbid North trying to break free.

The last 30 minutes or so of the album, though, is where the real magic starts to happen, beginning with the two-part “Kodiak” sequence.

The title-track ups the ante in terms of heaviness, delivering an unflinching assault of blasting, thrashing drum work in support of a veritable armada of low-tuned, dissonantly melodic pseudo-Death Metal riffs and bruising, gravel-throated growls, all building to the song’s totally groovesome and unrepentantly proggy finale.

The whole shebang wraps up with what’s quite possibly the best song on the entire album, the twelve-and-a-half minute “Floating the Ionosphere”, a largely instrumental odyssey which matches icy Alaskan precision to sun-baked Texan swagger in a mind-blowingly good series of killer riffs, finger-licking lead parts, and massive, infectious grooves which finally makes good on all the underlying promise the band have shown thus far.

Perhaps the main flaw with Orogeny is that it simply tries to do, and be, too many things at the same time. You could easily cut the first 2/3 songs and be left with a much leaner, meaner, and more distinctive album.

Still, it’s clearly the product of a band only just discovering the extent of their own creativity and ambition, but without yet having found the right focus and direction for their sound… though, as you’ll come to see, this album was definitely leading them in the right direction. 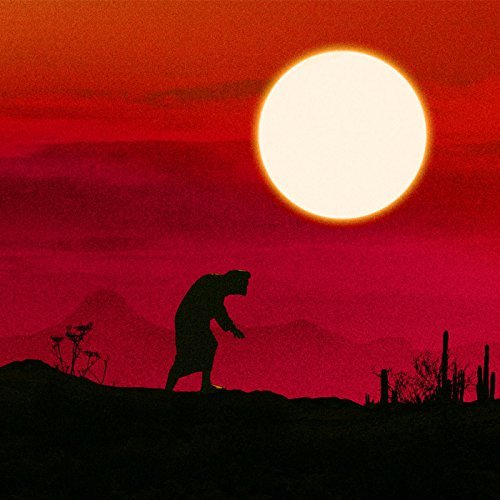 As good as Orogeny was/is at its best, Eyes Alive is just that much bigger, better, and bolder. Part Death Metal onslaught, part sludge-caked, sunburnt groove-a-thon, and part Prog-tinged game of sonic twister… it most definitely fulfils the nascent potential of its predecessor… and then some!

Much like their debut it would actually be very easy to throw around references to other bands when talking about Eyes Alive – the gut-wrenching Death Metal elements definitely echo the focussed force of the mighty Misery Index, while it’s also possible to pick out the grim, doom-laden influence of Crowbar at their heaviest and the madcap instrumental creativity of early Mastodon mixed and melded in amongst the album’s nine tracks… alongside hints of everyone from classic Sabbath to recent Intronaut.

The difference is that the album, as a whole and as individual tracks, only ever really sounds like Turbid North alone.

It kicks in hard with the blasting, almost grind-infused devastation of the title track, the vocals raging with palpable fury over the top of a series of nerve-jangling bass lines and electric-eel riffs which writhe and rampage with glorious abandon right up until the point the song collapses into a heaving, muscular doom ’n’ gloom groove of humongous proportions.

“The Pyramid Drones” finds the band cutting loose their more extreme side in an explosion of chaotic, cathartic groove-grind, though along the way it also finds time for a series of gruff, semi-melodic vocal hooks, lurching Crowbar-esque sludge riffs, and kaleidoscopic, progged-up soloing, before it transitions into the uber-heaviness of “Destroyer of Worlds”, which goes straight for the throat with its belligerent, blasting drum work, wrenching vocals, and bone-crushing riff attack – all topped off with some impressively eerie and atmospheric lead guitar work.

“Red Giant” sees the band (now stripped down to a three-piece ensemble) locking into a rolling, subtly technical groove, its thick and juicy bass lines and ringing, ambient lead guitar work underpinned by some impressive percussive playing courtesy of drummer John Garrett, that deftly transitions into a laid-back, Sabbath-inspired second-half where you can practically feel the heat haze coming off the track.

It’s followed by the slow-motion monster of “The Burning Sky”, whose brash, rust-tinged hooks see Nick Forkel giving his multi-faceted vocal chords a real work-out over the top of a procession of huge, grooving riffs and dreamy, Pink Floyd-ian melodies, before “Black Sun Rising” picks up the gauntlet thrown down by its predecessor and runs with it, adding some unpredictable shots of chugging, Death Metal adrenaline and borderline hypnotic lead-work to the album’s sludgy swagger.

At over 9 minutes in length “Bring Home The Motherlode” is a prog-metal behemoth of a track that manages to hit that sweet spot that could please fans of bands like Kylesa just as much as fans of Kataklysm. The song’s intricate fretwork is backed up by some similarly stunning footwork and sticksmanship by John Garrett (particularly during the second half), with the whole thing overflowing with head-banging riffs and raging rhythmic rumbles, where moments of solemn, proggy introspection are buttressed by unexpected excursions into shamelessly infectious, boldly melodic space-jam territory.

“The Great Dying” is calmer than its name might suggest, at least at first, but when the expected mountain of thrumming riffs and low, rumbling bass lines finally hits, it does so backed up by the weight of palpable sorrow and loss, with the vocals first washing over you in an almost wistful, melodic haze, then finally hammering the point home with grim, bone-weary intensity.

The album ends with “Eternal Sleep”, which immediately brings back the monstrous heaviness of the record’s earlier numbers, the outright brutality of the track’s bulldozing riffs and neck-snapping drum-work offset by the mix of sheer savagery and brooding pain inherent in Forkel’s low, cathartic growl and wounded, pseudo-melodic howl.

Of course, it’s far from just a straight-up Death Metal brawler, replete as it is with lengthy digressions into more atmospheric, ambient waters of shameless prog-worship and wildly infectious melodies, but like all the best Turbid North songs, it weaves these competing sounds and opposing forces together in a way that sounds perfectly natural.

Make no mistake. This is most definitely one of the best (if underappreciated) albums of 2015. And I already can’t wait for the next one!